Food in Boston - Good Eats with a Side of Attitude

As one of the best food cities in the country, dining in Boston can be summed up similarly to East Coast life in general – superior, refined and with a whole lot of attitude. All joking aside, the seafood, pizza and haute cuisine in Beantown makes it worthy of a visit alone.

Here are some of our favorite spots to grab a bite in Boston: 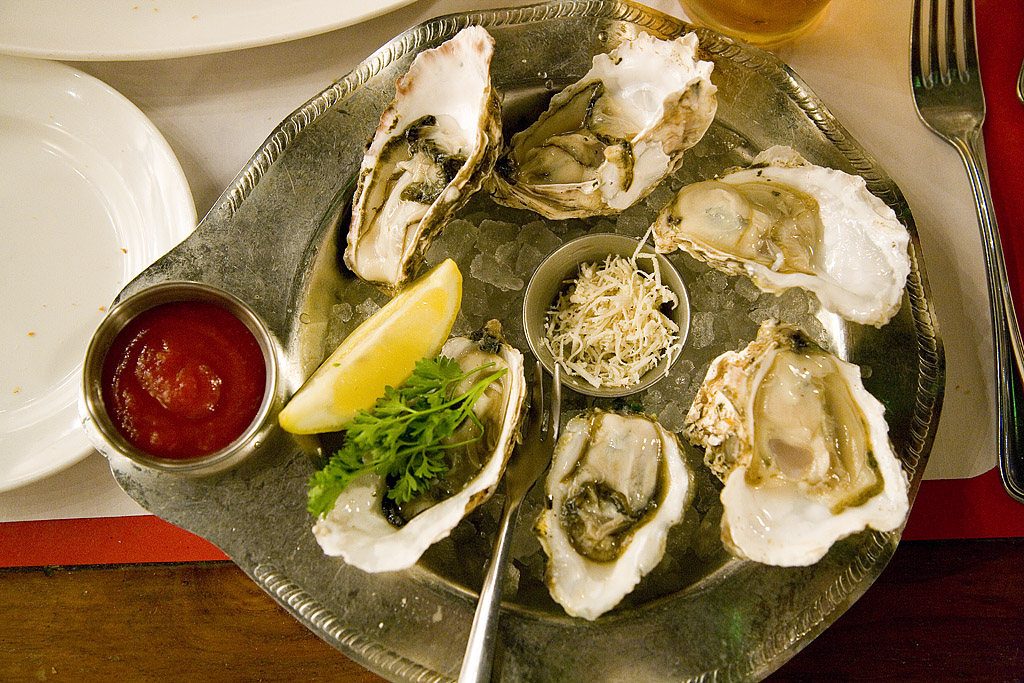 What's a trip to the East Coast without fresh seafood? B&G Oysters has consistently been ranked as one of the best eateries in Boston by publications like The Boston Globe and the Improper Bostonian. It is a modern, yet classic take on the traditional oyster bar with a decidedly neighborhood feel, friendly service, fabulous seafood dishes and food-friendly wine. A large bar with about 20 chairs dominates the cozy restaurant, decorated in blue and grey tiles with polished stainless steel. Sit at the bar and let the staff guide you through the daily selection of at least 12 varieties of East and West coast oysters or relax on the delightful patio during warm weather. There are also savory dish choices like clam chowder, lobster rolls and fried clams to satisfy the classic seafood lover and the knowledgeable staff is more than willing to help aid in your selection. Reservations must be made up to two months in advance, so be sure to plan ahead to get a table at this trendy Boston hotspot. 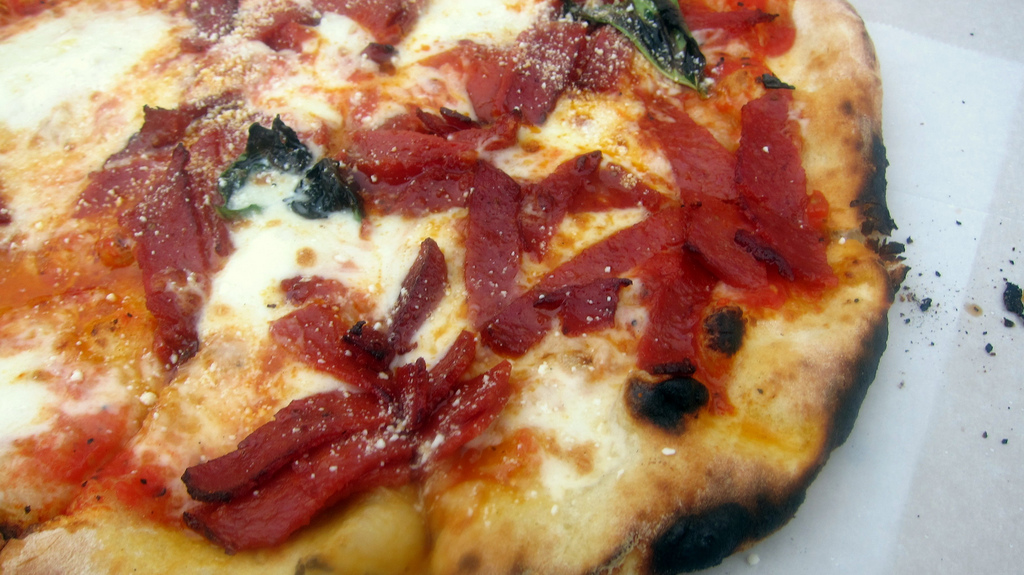 If you're looking for the #1 pizza joint in Boston, look no further than Pizzeria Regina. Regina's has been firing up pizzas in their brick ovens since 1926 and tout themselves as "Boston's Original Pizzeria." A favorite among tourists and locals alike, the restaurant has a number of customer favorites, including the crispy, thin-crust Capriciosa with sliced prosciutto and mushrooms or the Meatball Pomodoro Fresco that features Regina's specially made meatballs. All ingredients are guaranteed fresh with a legendary crust made from a secret 80-year-old recipe using a special natural yeast aged to perfection. While Regina's now has multiple locations, the North End is the original and therefore, has a ton of character for those nostalgic for some true Boston history. 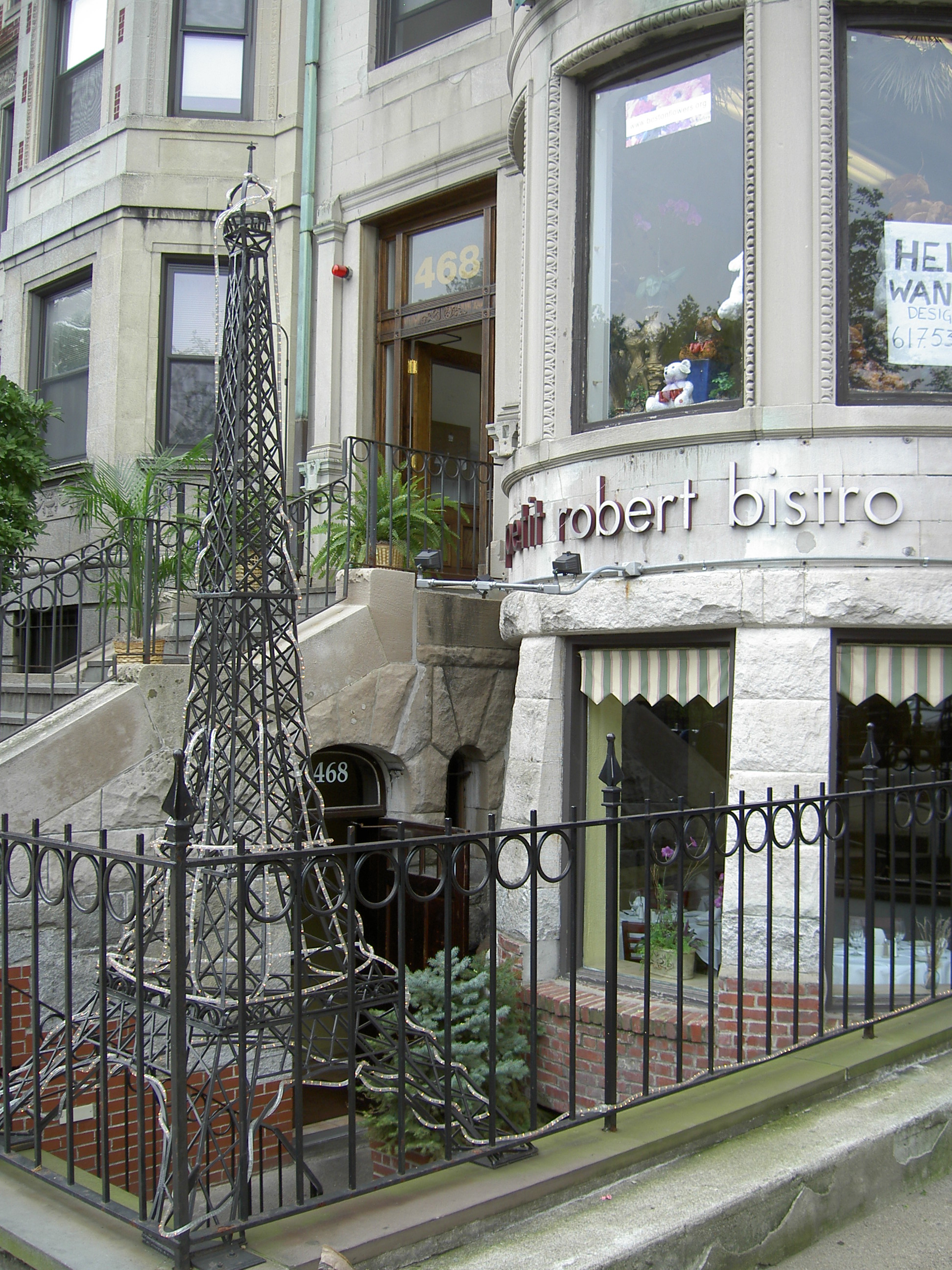 Petit Robert Bistro offers Bostonians and visitors an authentic French Bistro on this side of the pond. The restaurant offers a mixture of French delicacies like escargot and foie gras, along with fresh seafood choices including salmon and bluefish, with a sampling of chicken and pork dishes thrown in for good measure. Chef Jacky Robert, whose career and reputation are well known to both Boston and West coast diners prepares daily blackboard specials made with the freshest ingredients available. The small space is cozy and has a "hidden gem" feel to it that will make diners feel as if they are just stumbling upon it off the streets of Paris. Finish your meal with the chocolate layer cake frosted with ganache and topped with an edible Eiffel Tower made of chocolate. 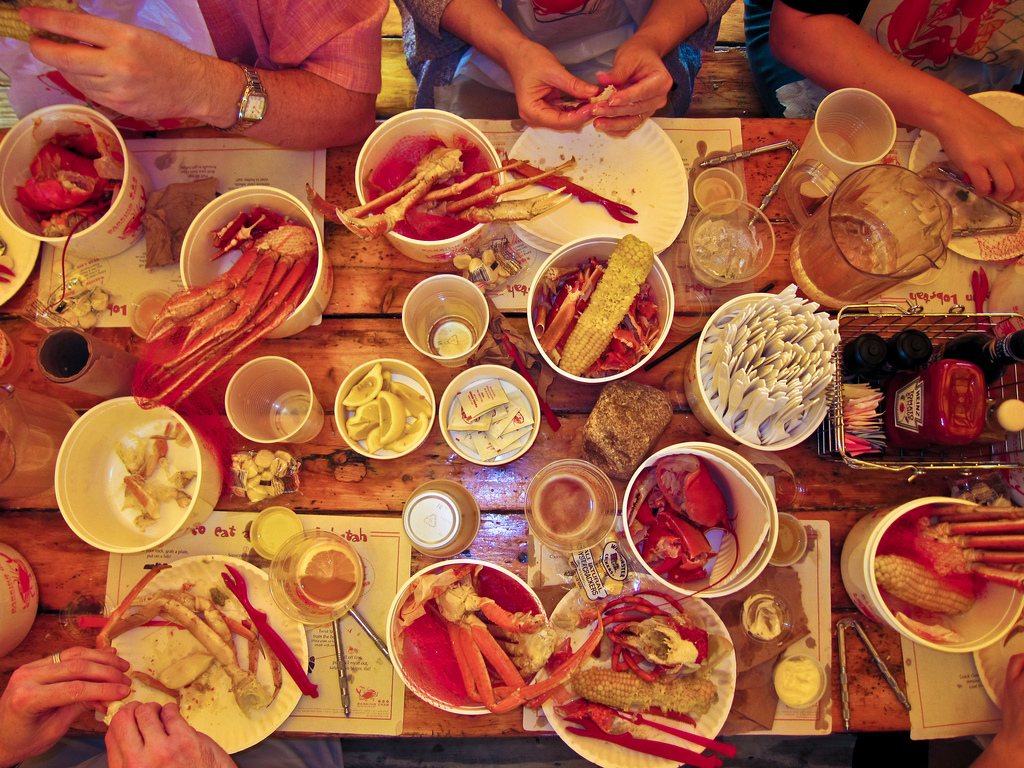 The Barking Crab, On the Harbor

Featured as one of the best dining establishments in the city in Boston Magazine, this harbor front restaurant offers fresh seafood fare like you would expect from a Boston clam shack, as well as a number of other options for those who aren't a big fan of the fish. It's prime location offers perfect New England views while sipping on a Sam Adams or one of the establishment's other beverages from an extensive list of cocktails. Not surprising, The Barking Crab offers a nice selection of crab including Dungeness, Snow, and King crab legs, as well as New England Boil Pots that can be shared among the table. The Essex Boil Pot features 12 shrimp, one pound of crawfish, chourico, corn on the cob, and potatoes, enough for an army. Lobster mac 'n cheese and the Boston Lobster roll are also guest favorites that are sure to leave you wanting more.