A Stargazer’s Guide to the Celebrities of Palm Springs

A lesser-known celebrity hangout than the flashing lights of Hollywood, A-listers have flocked to the desert oasis of Palm Springs since 1920. At the time, movie studios had a strict travel policy that dictated actors must be available and able to get back to Tinseltown in under two hours for reshoots. That silly rule is long gone, but Palm Springs still has everything the stars would want for an easy, opulent getaway, from sun to hardcore privacy. Check out these nine spots with a notorious past to current celebrity havens to give yourself a self-guided star tour. 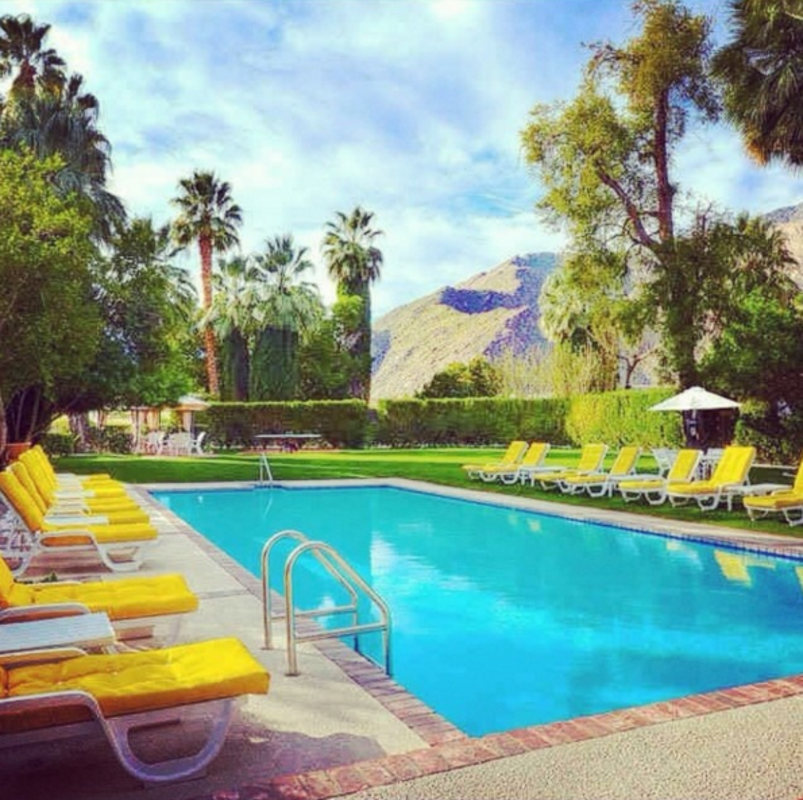 This PS institution remains a magnet for the celebrity set, long after the Rat Pack (headed by Frank Sinatra) kept the bar seat hot until the wee hours of the morning. A hotel steeped with history, everyone from Greta Garbo to Elizabeth Taylor has stayed there, even camping out in the parking lot like Marlon Brando. More recently, Katy Perry planted herself on one of the canary yellow loungers poolside, looking like a glamorous incarnation of her song, "California Gurls." 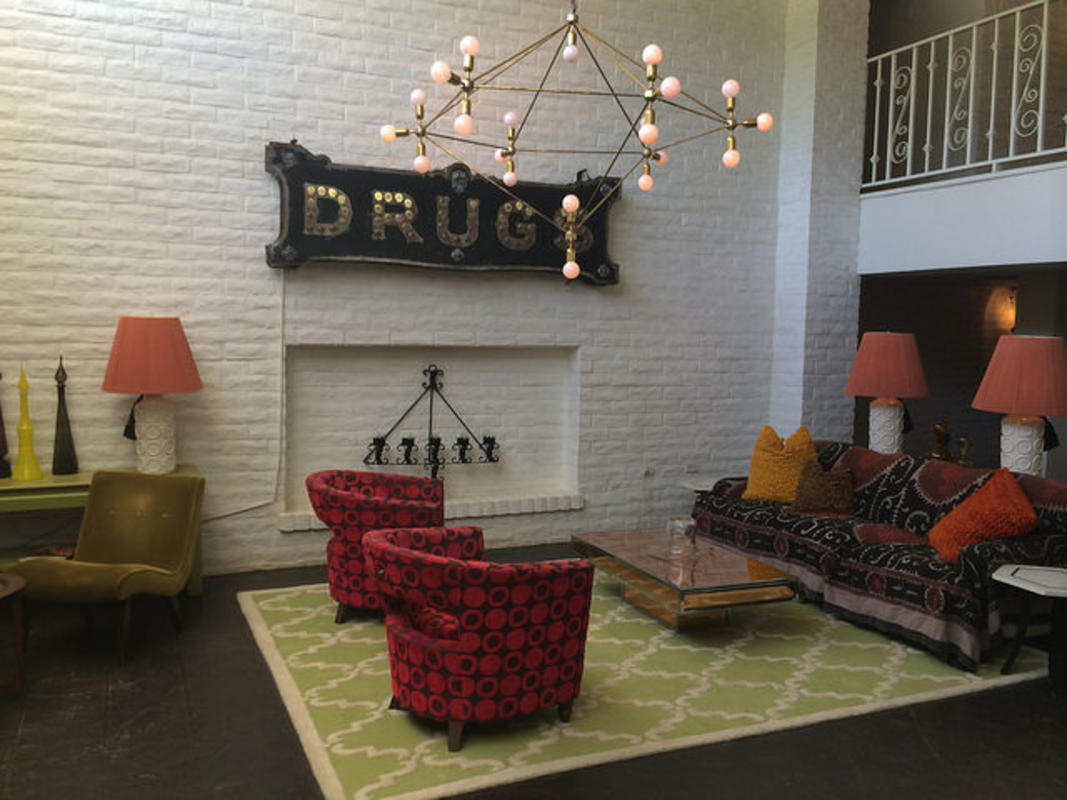 Notorious Hookups and Meltdowns - The Parker

The stylish hotel reeks of star power. A favorite haunt of stars like Mark Wahlberg, Chelsea Handler, Beyoncé and Jay Z, and Leonardo DiCaprio, scandals are no stranger to The Parker. Robert Downey Jr. had a legendary, drug-induced meltdown and was arrested by on the property so much so that many stars turned to using alias when interested in a haute getaway. Brad Pitt and Angelina Jolie checked in under the names “Bryce and Jasmine Pilaf” when they first started getting cozy after filming Mr. & Mrs. Smith. While celebs visit all year-round, your best chance to spot a star is during the Palm Springs International Film Festival in January. 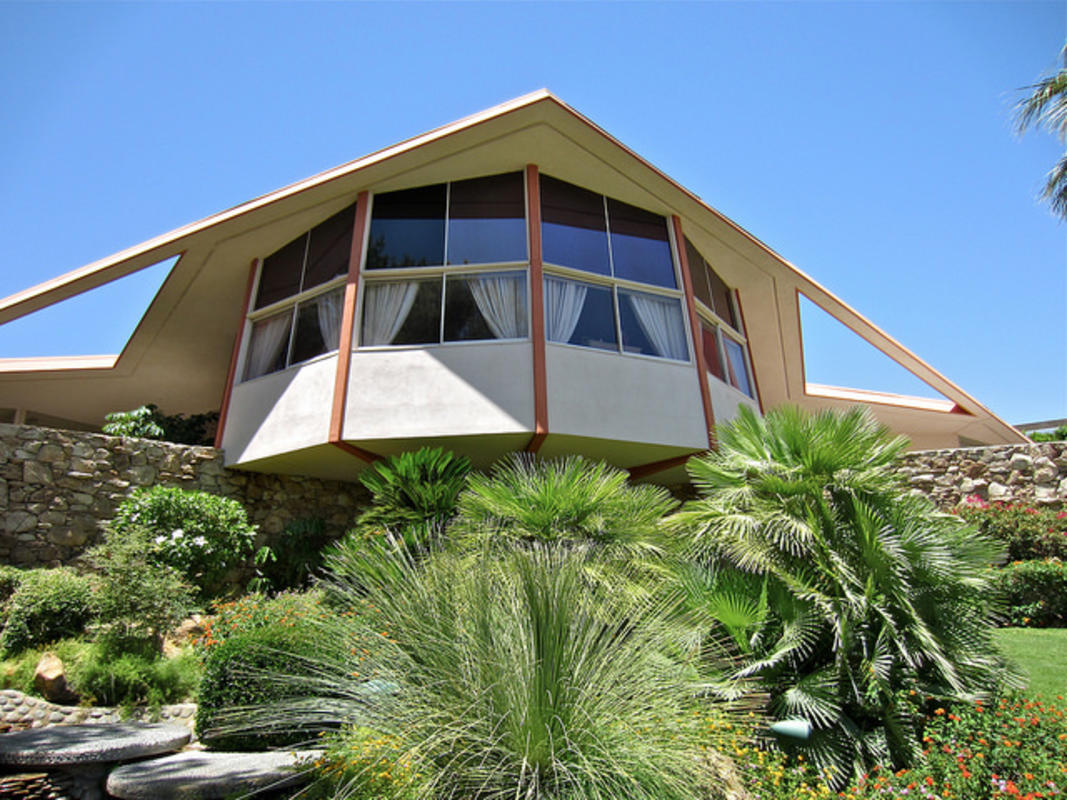 The Palm Springs area has an abundance of mid-century architecture throughout the area, but Elvis fans will want to pay particular attention to one locale. When The King and Priscilla tied the knot May 1, 1967, they spent their honeymoon right in their own '60s home, an example of the futuristic designs of tomorrow. The King carried his bride over the threshold and sang “Hawaiian Wedding Song” from his movie, Blue Hawaii. Their daughter Lisa Marie was born exactly nine months later in the same building. Today, fans of Elvis can tour the funky home at 1 p.m. and 3:30 p.m. daily. 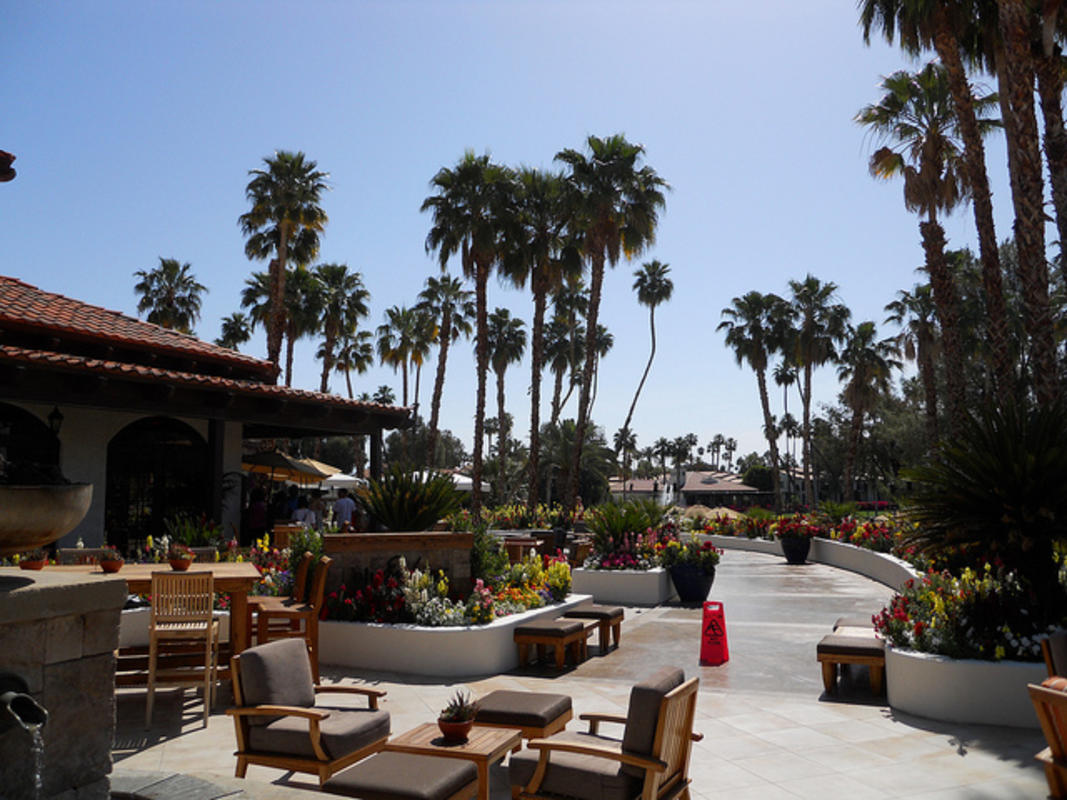 Close to Coachella, this sprawling resort city snags an ample share of rich and famous clientele, thanks to an abundance of golf courses and privacy. A hub for singers and musicians like Joe Jonas, recently, Justin Bieber was spotted lounged poolside sporting a wild hairdo and posing for photos with fans. In Palm Springs, the Beebs loves to pretend he’s just an average Joe and has been spotted at McDonalds, Target and the Desert Hills Mall. 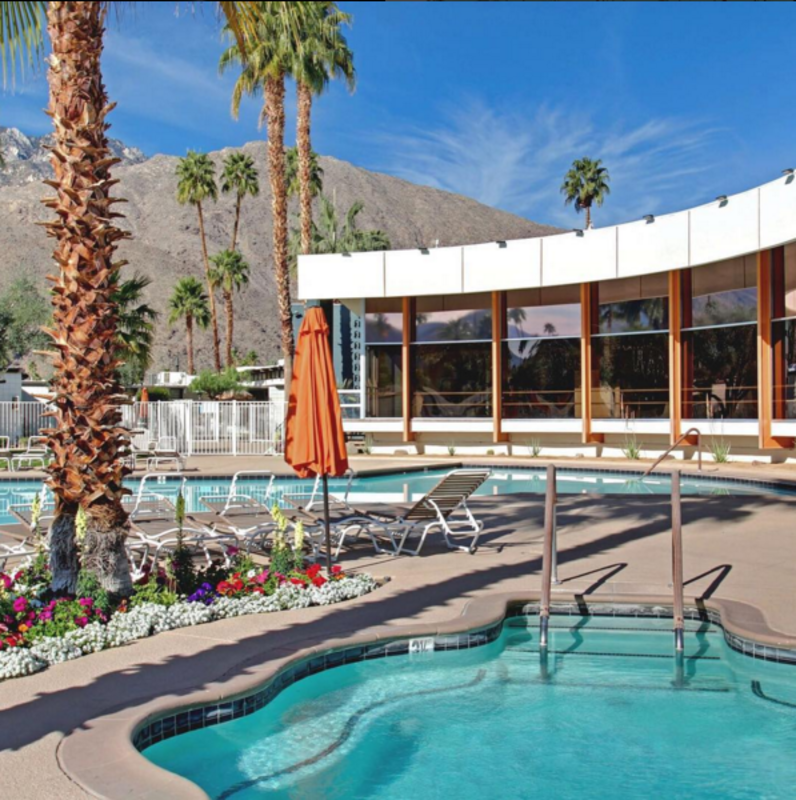 Elizabeth Taylor fan? You can bed down in the same suite the scenestress frequently stayed. A regular guest of unit #122, the condo is available for visitors at the affordable rate of just $119 per night (with a three night minimum). It, too, is a prime example of mid-century modern architecture with a low roof profile, glass, steel, concrete and strong, clean lines. If you crave more luxury, you can also book a stay at her former residence in the Las Palmas neighborhood for about $600 a night. It has all the glamour you’d expect from the legendary star, complete with a print of her portrait done by Andy Warhol hanging over the fireplace. 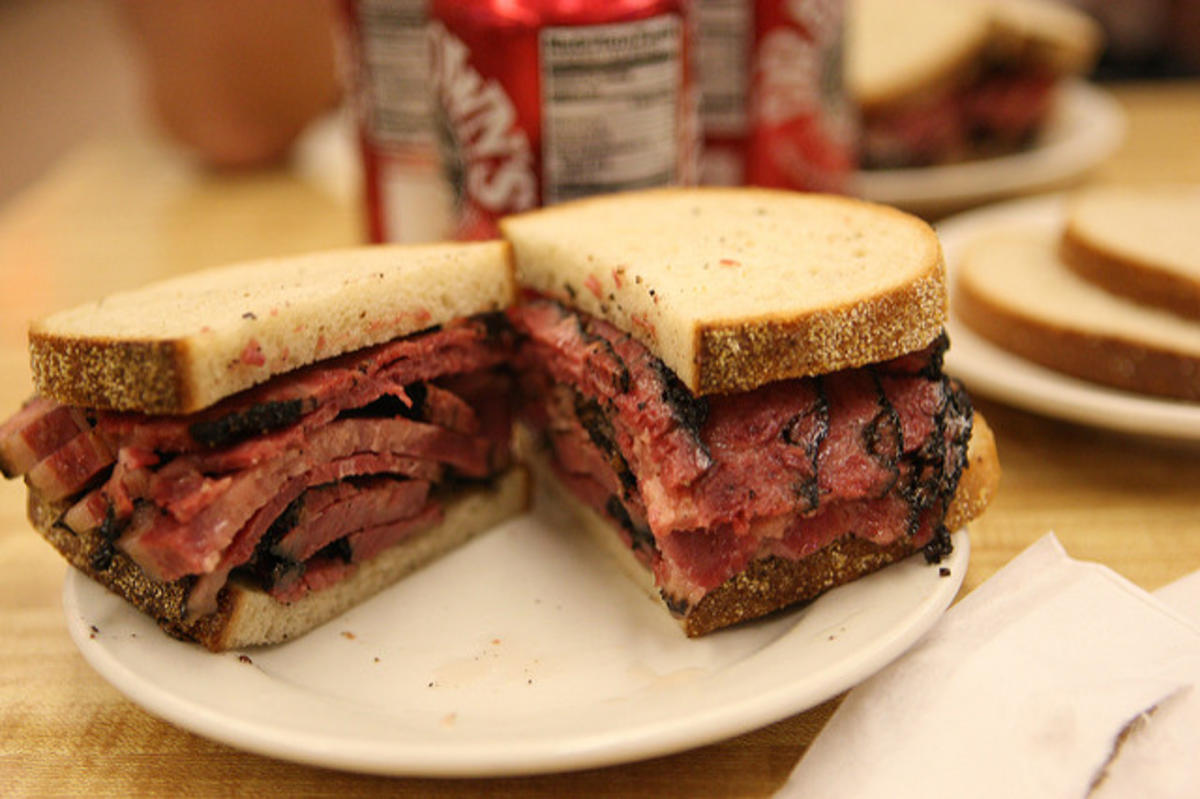 Many roads in Palm Springs will lead you to Elvis, who spent a lot of time there while married to Priscilla. One of his favorite spots was the iconic Sherman’s Deli, a New York-style deli founded in 1953. He and his entourage (called the Memphis Mafia) would regularly command the restaurant for hot pastrami sandwiches. More recently, Michael Douglas came to dine while in town filming, Behind the Candelabra, in which he portrayed another local hero, Liberace. Check out the walls covered with old photographs of other A-lsiters who have noshed and nibbled at Sherman’s over the years. 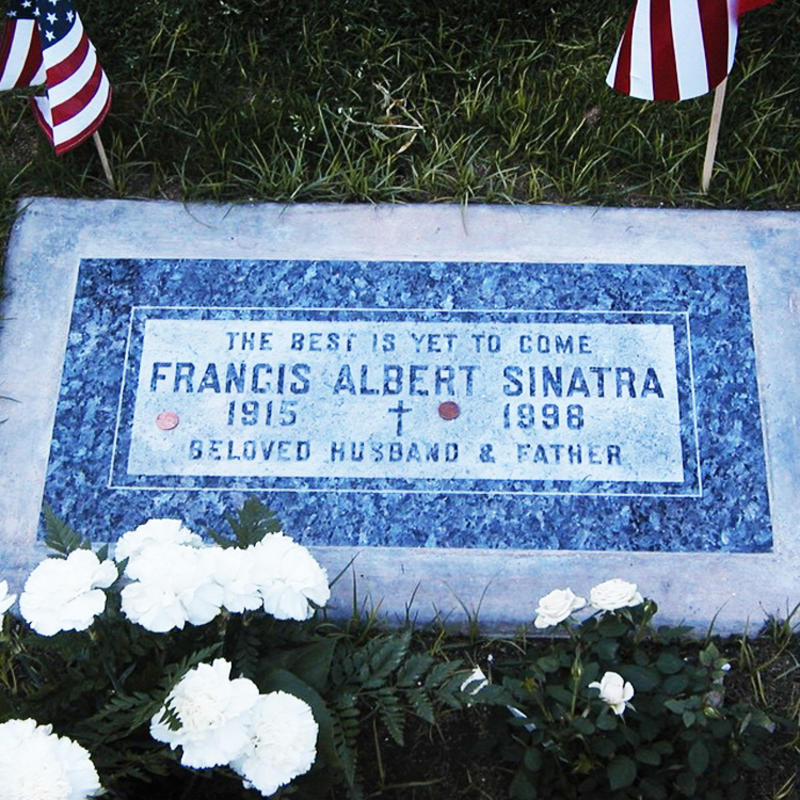 A cemetery is probably not the preferred stop on a star tour, but this particular one in Cathedral City is popular among Frank Sinatra devotees. In fact, the crooner’s grave ranks among the top 10 most visited celebrity grave sites. Fans come bearing gifts of Camel cigarettes and bottles of Jack Daniels, along with flowers that are delivered twice a week, courtesy of an anonymous donor. Members of Sinatra’s family (his parents, an uncle, and personal bodyguard) are also nearby. Former mayor Sonny Bono and Dinah Shore also their final resting place at Desert Memorial if you want to make the rounds. 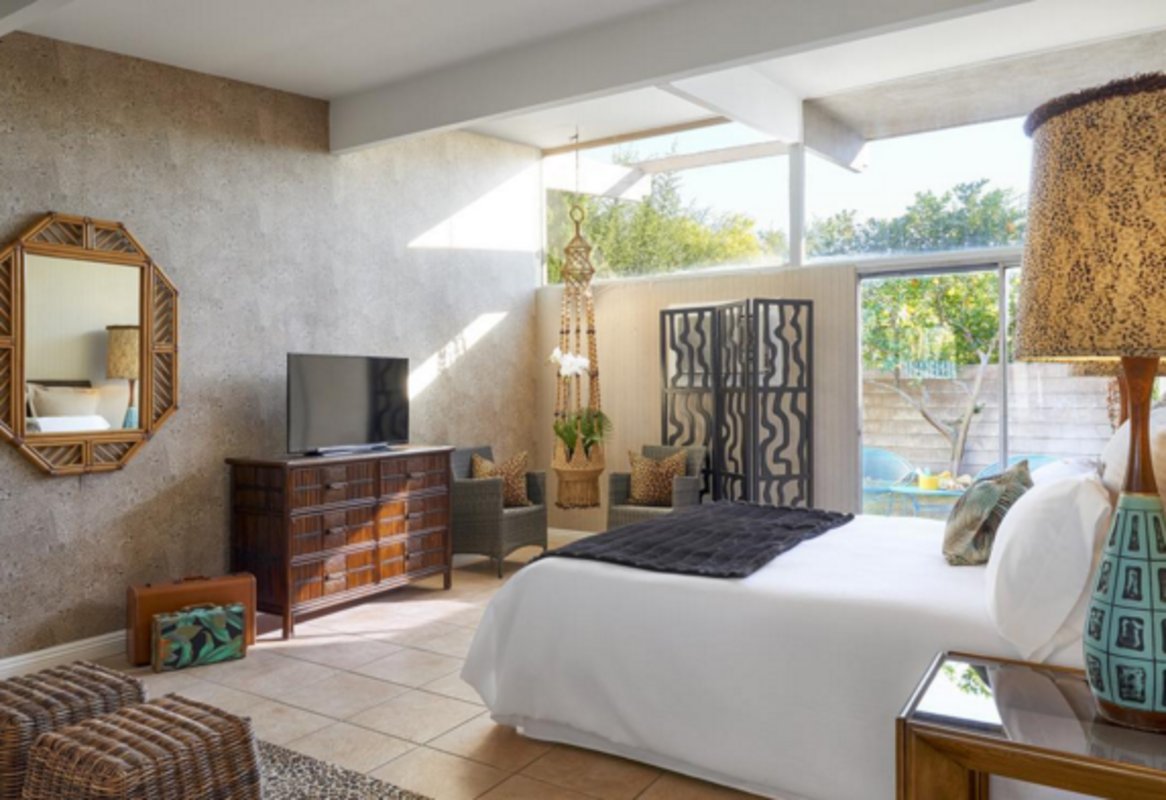 If the walls could talk, they would have a lot to say, given this hotel’s notorious history under various names and reincarnations, both a celebrity hangout and former nudist colony. Built in 1960 by Albert Frey, the man who launched the unique brand of Palm Springs desert architecture is now an intimate 17-room boutique hotel that still pays homage to its heyday. Everyone from The Beatles, Lucille Ball and Katherine Hepburn have passed through the doors, including Marilyn Monroe and JFK who famously hooked up onsite while the secret service stood watch. Musical fans can book the “jungle room,” a favorite of Eric Clapton’s when he frequented in the 1970s. 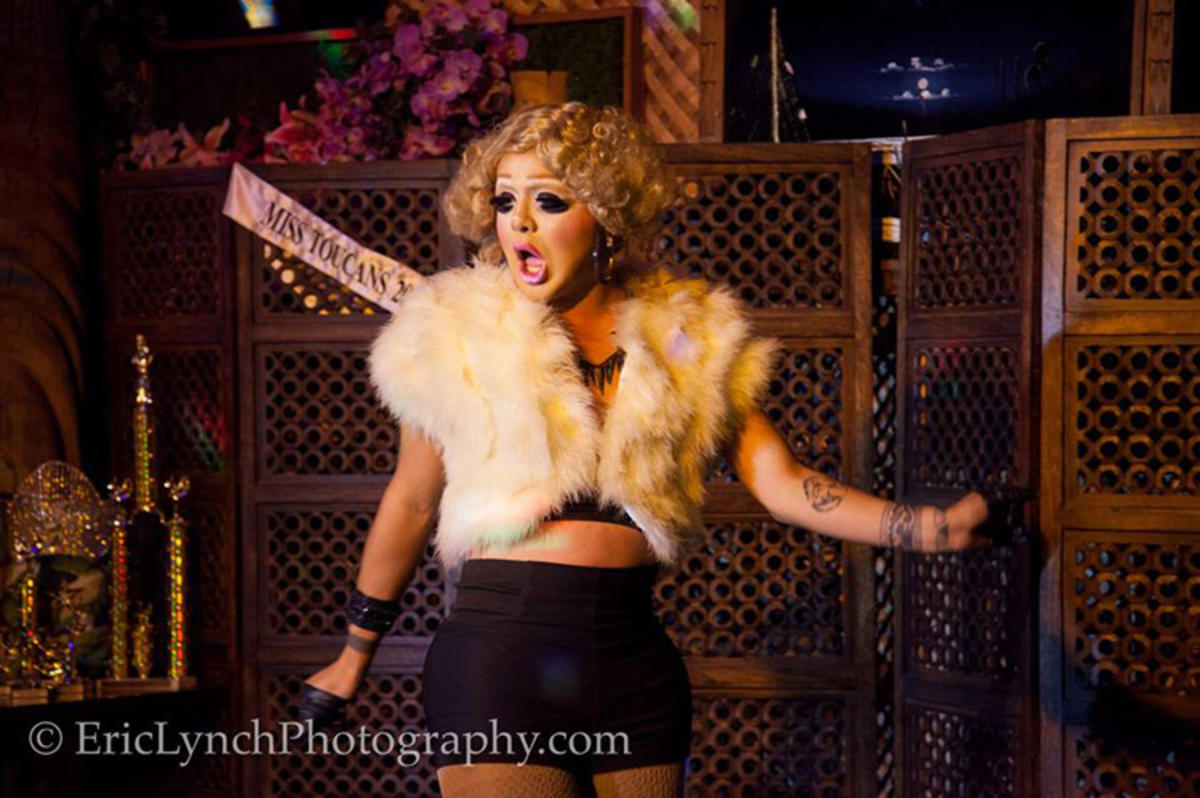 It's a Drag - Toucans Tiki Lounge

Get your groove on at this downtown hotspot, a high-energy, always rockin’ LGBT nightclub that draws an eclectic crowd. They come for the cabaret and infamous Sunday night drag shows, featuring many of the beauties from RuPaul’s Drag Race. Celebrities like John Mayer have also been known to drop by to show off moves on the dance floor. Open for more than 13 years, Toucans has taken a top spot among the Palm Springs club scene, thanks to its friendly come-one-come-all policy and kitschy tiki theme.

Michele Sponagle is a prolific journalist, based near Toronto, Canada, who has visited more than 70 countries, where she has tracked polar bears in Manitoba, fished for piranha in the Amazon and soared over the Masai Mara in a hot air balloon.