Follow the Legendary Silk Road From Beijing to Istanbul 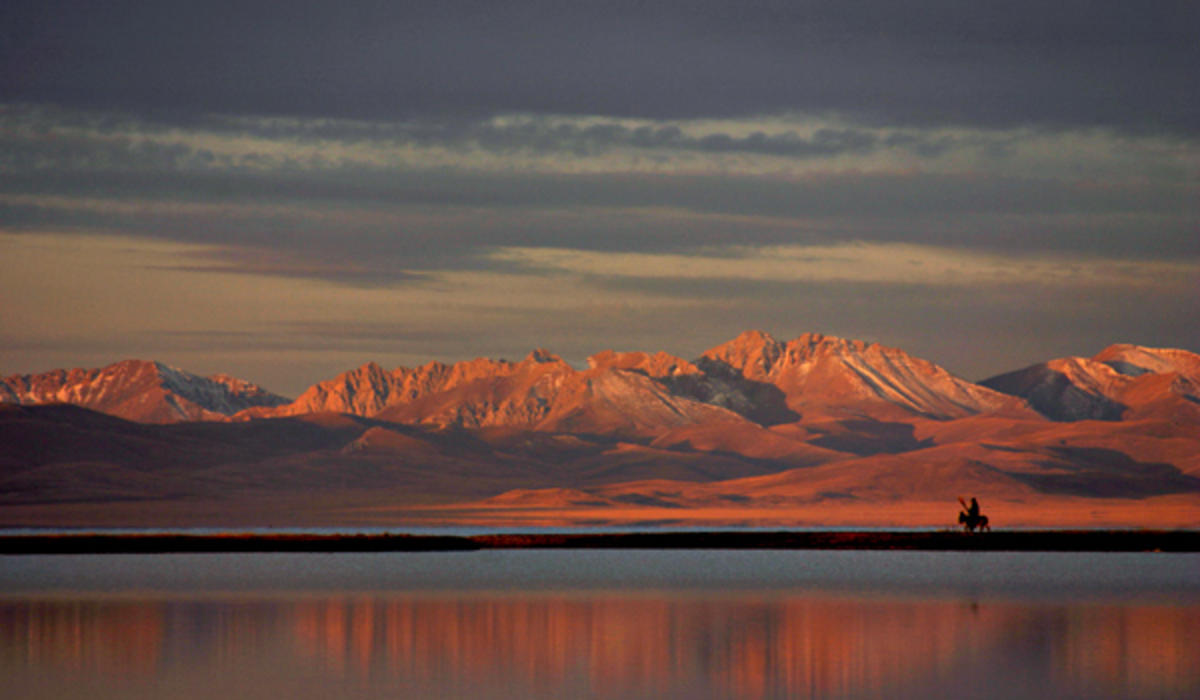 Physically changing history, the Silk Road paved the way to exchange an immense amount of commerce, knowledge and culture between the East and the West. Wars have been fought along its length, empires rose and fell, and yet the Silk Road remained intact. It is arguably the most powerful trade route in the history of the world.

Today, serious adventurers can travel the Silk Road, following in the footsteps of the brave traders, refugees and wanderers that came before them. It's a harrowing journey that takes you from the furthest reaches of China to the old Roman city of Constantinople. There is no actual trail or labeled road, but the trajectory of the trade route has been well documented and can be recreated with ease. Along the way you will taste the foods of many different cultures, walk amongst architecture influenced by various faiths, and see some of the most exotic and undomesticated wildernesses on the planet. In short, it's a trip for true explorers. 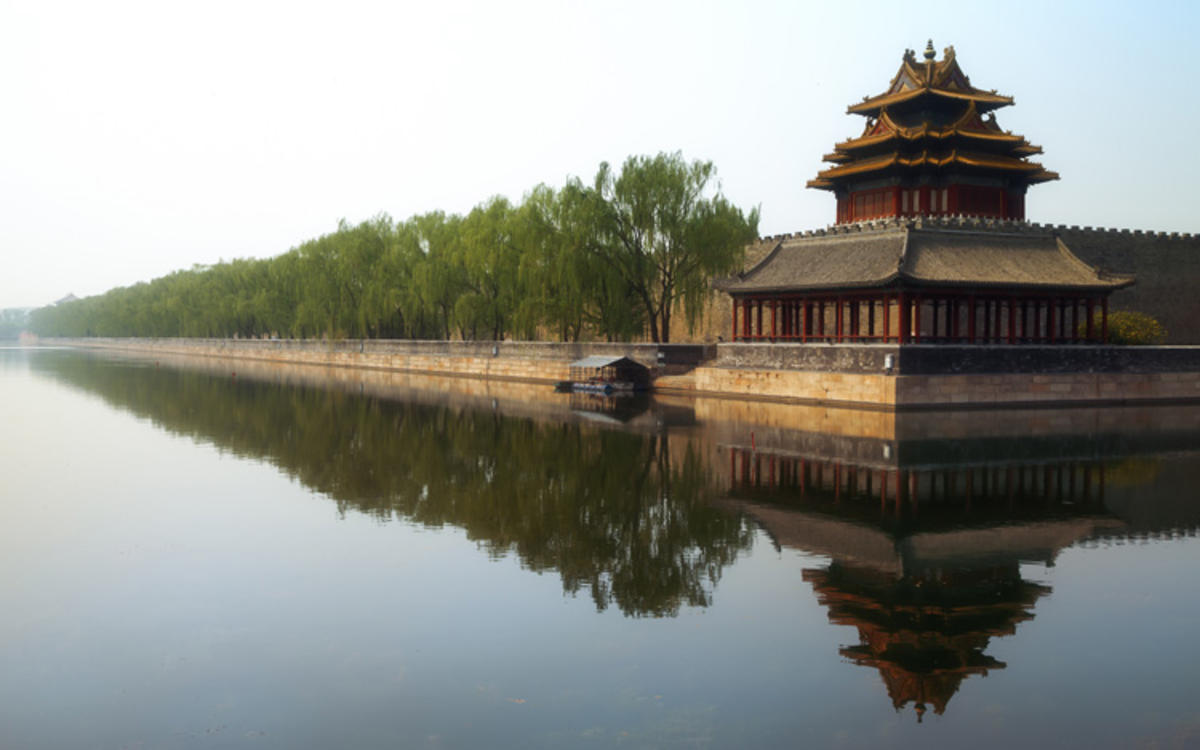 The journey of thousands of miles starts here, at the massive Chinese capitol of Beijing. In this hub of commerce, you are surrounded by the chaotic hustle and bustle of China’s largest city. Nightclubs and bars rage through the night, malls and marketplaces throb with unending surges of customers, and restaurants dish out authentic cuisine at a fevered pace. The Great Wall of China is within visiting distance, while the Forbidden City is within Beijing itself. Get your fill of city life here because from this point forward, the towns only get smaller and more isolated until you are well across China. 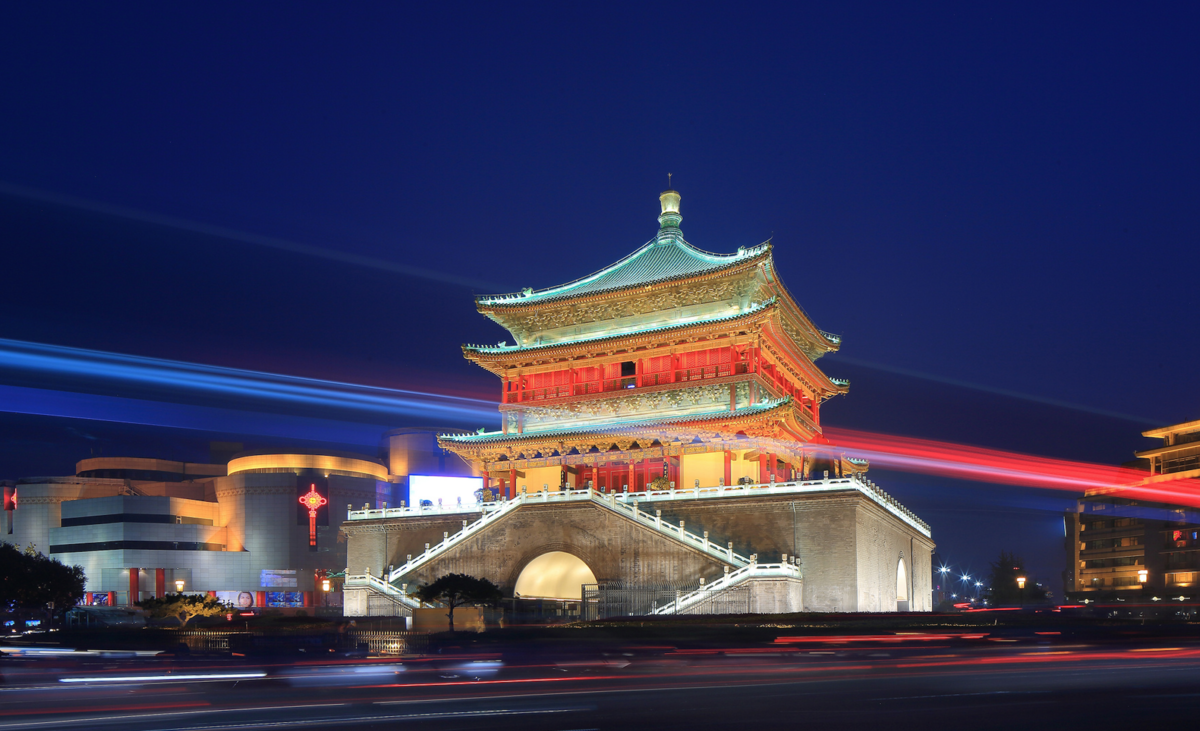 From the capitol of Beijing you will travel westward, towards the heart of China. Xi’an is an excellent place to stop for and get another glimpse into the rich history of China. Here, you can visit the unopened mausoleum of emperor Qin Shi Huang, the first emperor of China. Most people know of him for the terracotta army he had sculpted to guard his tomb throughout the ages. But few know that Qin Xi’s actual burial chamber has never been opened, despite rumors that it is packed to its brim with treasure. The place is just too well booby trapped – even today, thousands of years later, archeologists still have not found a way to enter the real burial chambers of Qin Shi Huang. Besides the terracotta army, there are plenty of photogenic temples around the city that are ripe for exploring, and wild goose pagodas that make for a very interesting visit. 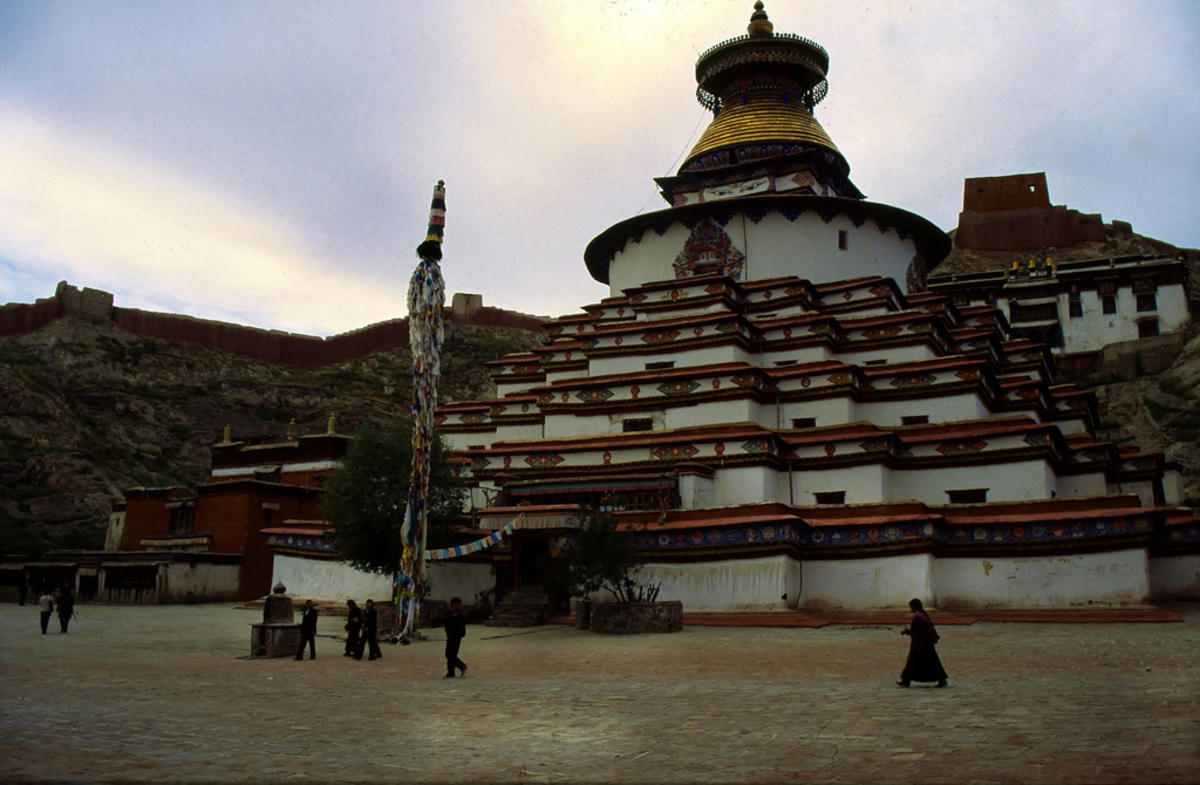 As your journey continues west across the Chinese countryside, you will witness the culture gently shifting. Wedged between Chinese, Tibetan, and Islamic lifestyles and beliefs, the capitol of China’s Qinghai province is just near the Tibetan Plateau. The architecture is markably different than elsewhere in the country, and you will notice mosques built alongside Taoist temples and Buddhist monasteries. Human activity in this region can be traced back 2,100 years, making this an historic city, that acted as a common channel for Silk Road traders. 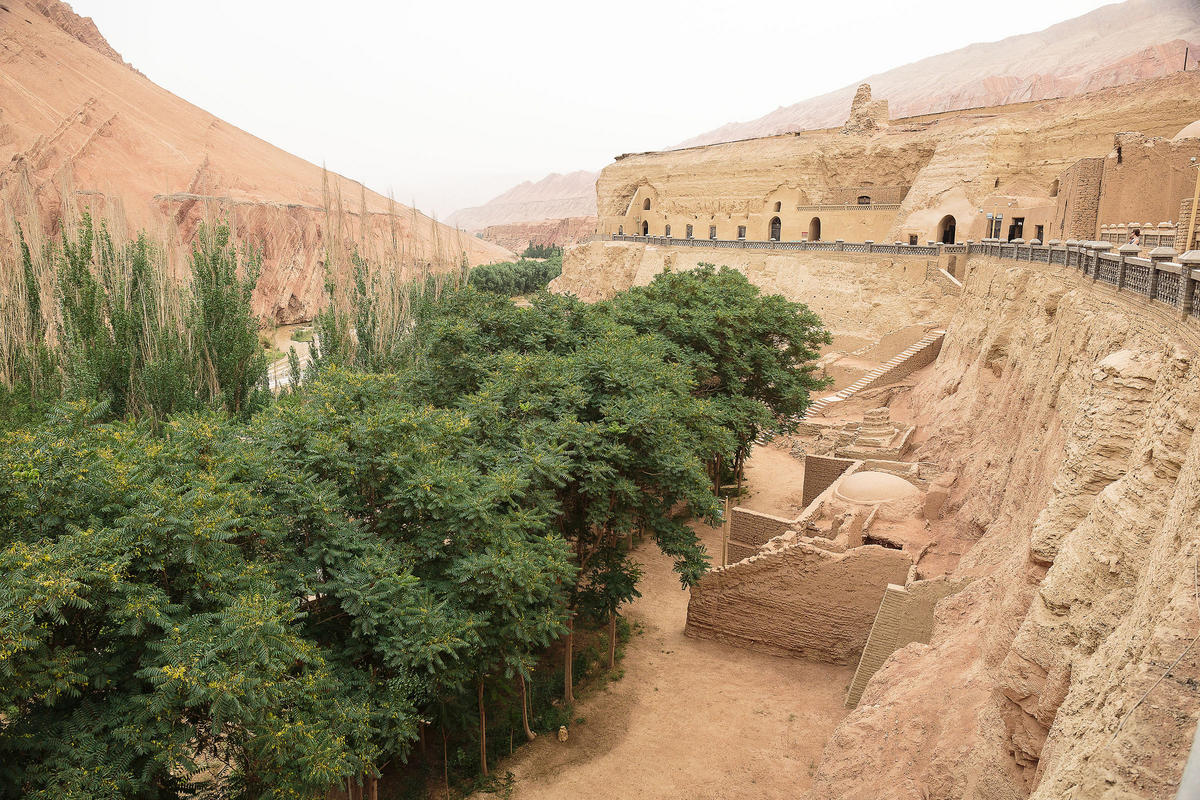 Located in a mountain basin, your next stop is Turpan, an oasis that acted as a fulcrum for the Silk Road. In the middle of the Taklamakan desert, water is scarce and temperatures vary from blistering dry heat to frigid winter lows. Civilization was a welcome commodity to the traders that passed through. Rich history, full of wars and conquest, dynasty rule and the struggle for independence saturates the past of this area. Explore the Bezekilk Thousand Buddha Caves and the copious amounts of artwork they are filled with.

Pressed against a number of Islamic states, Kashgr is tucked in the furthest reaches of Western China. Here you will see some of the heaviest Muslim influences like the Id Gah mosque, beautifully built and situated in an awe inspiring location. Nearby, the K2 mountain stands stoically, powerfully piercing the sky like an arrow. Anyone with the proper equipment and cojones can try to summit the beast, but proceed at your own risk.

This is your last stop along the Silk Road in China, so you should have prearranged visas for any other countries/borders you plan on visiting purchased and ready to go. Otherwise, there are trains and planes back to Beijing (trains are recommended because you still get to experience the countryside as you pass through). Otherwise, get ready to enter Central Asia and the Middle East.

The capitol of Kyrgystan is a gateway into the Ala-Too mountains and Ala Archa National Park. The difference between China and Kyrgyzstan will be so drastic you might experience a mild culture shock as you transition into life in Central Asia. You will be surrounded almost completely by Muslim faith, and can explore the wide variety of mausoleums and mosques that speckle the city. But anyone traveling through Bishkek must visit the nearby Ala Archa National Park – it is stunning. Jagged peaks stab at the sky, blanketed in thick forests with snaking rivers. Few locations along the Silk Road can rival the natural splendor of this region. Stay for a while, get the most out of your Kyrgystan visa, and explore the wilderness.

Situated just between the Kopet Dag Mountains and the Karakum desert, this exotic Central Asian city is the next stop on your Silk Road journey. Here you can visit a number of iconic mosques like Kiptchak Mesjit, and the Retugrul Gazy Mosque, along with a number of museums. 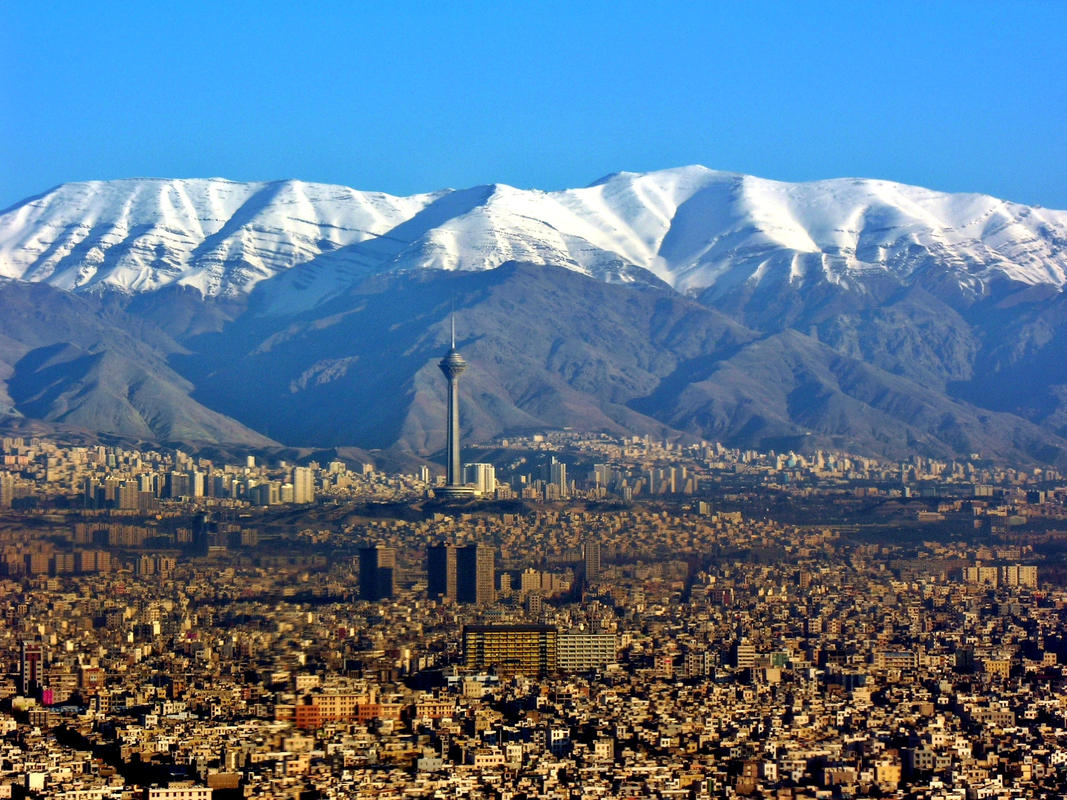 Finally, the Silk Road journey will bring you to the Middle East. As Iran's capitol, Tehran is a beautiful city and well worth a visit. The Azadi Tower is a famous theatre, while Jamshidieh Park is a spectacular garden featuring rock fountains, fur trees and a peaceful emerald lake. It is unfortunately very strict with religious customs, though. So strict in fact, that women aren’t allowed to enter some buildings without headscarves, Muslims can be refused service at select Christian businesses, and Christians might be refused service at certain Muslim businesses. Respect the local customs and play by the rules, and you’ll have nothing to fear. But, if you do find your beliefs being challenged, Turkey is only a short flight/train and an e-Visa away. 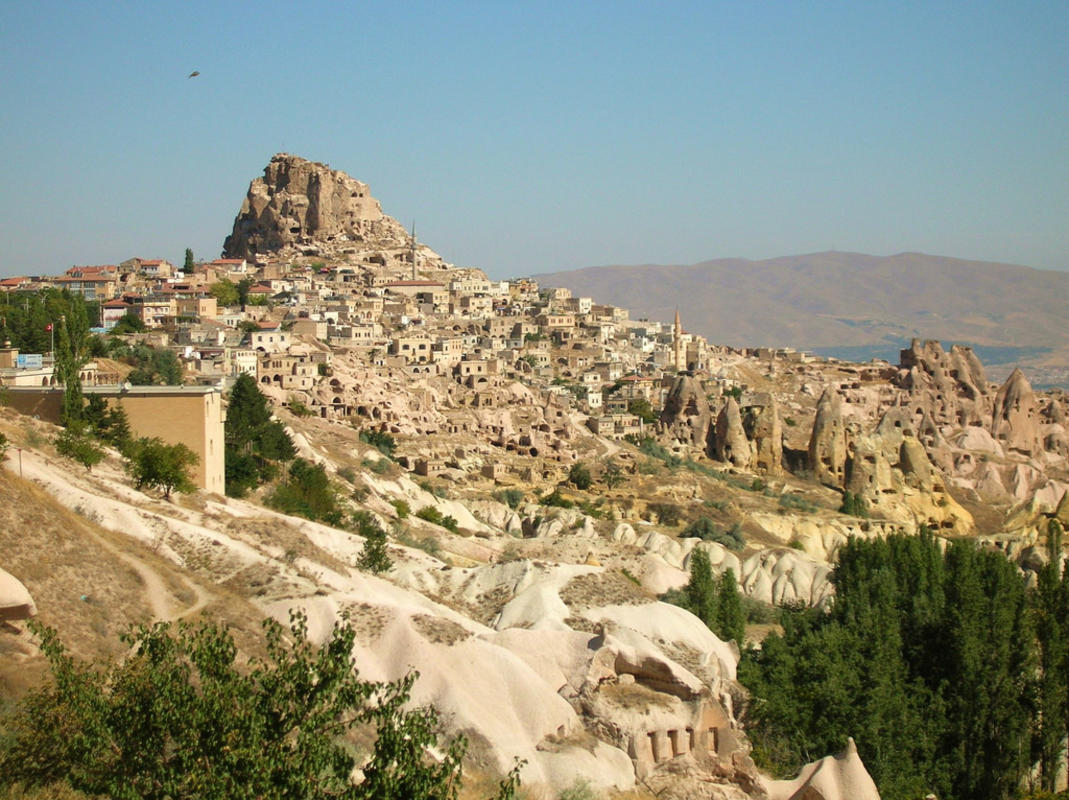 Cappadocia is unlike anything you will see along the Silk Road. During the Byzantine era, Christian refugees took to living underground to escape the bloody Muslim-Byzantine war, and to hide out from the blistering desert heat. They build huge cities capable of holding tens of thousands of people, like Kaymakli and Derinkuyu. Today you can take tour these ruins, and stay in cave hotels and suites to get the full “underground” experience. But a visit to this quirky desert city wouldn’t be complete without riding in the brilliantly colored hot air balloons that float over the surreal landscape for a bird's eye view of the surrounding area. 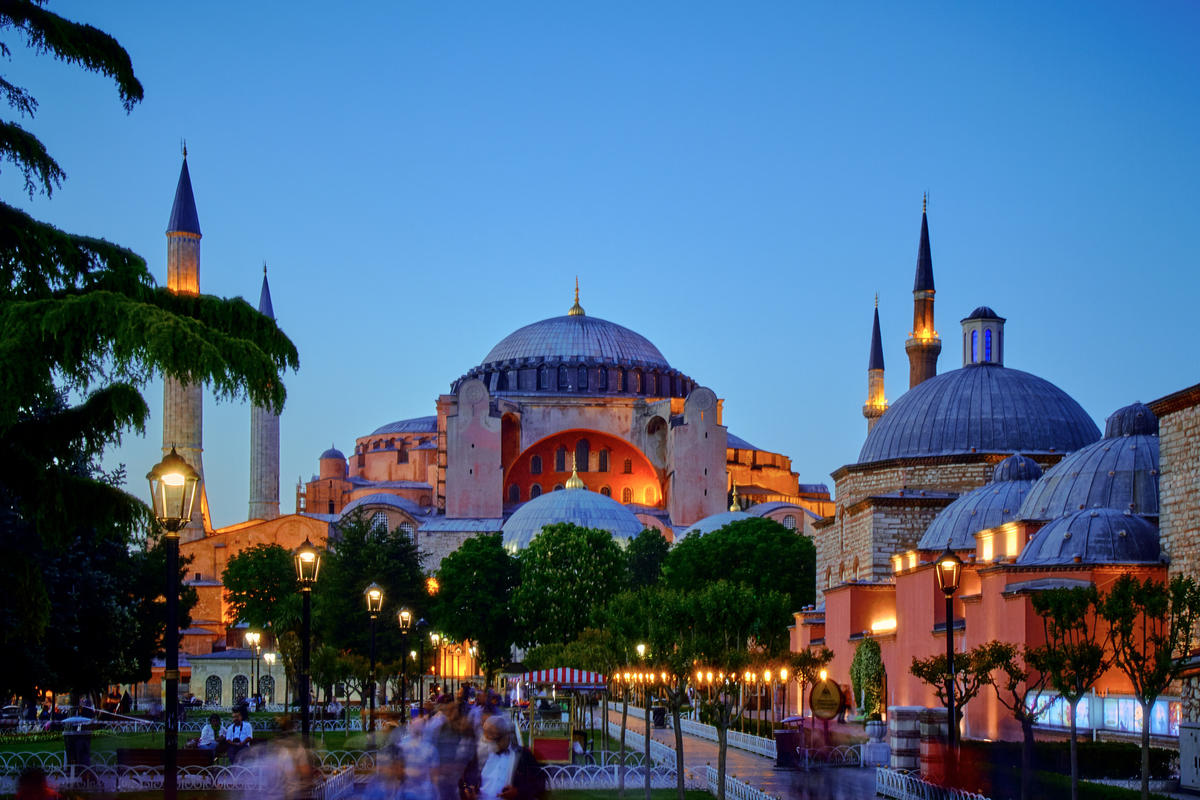 The last stop ends here, in Turkey’s capitol (historically known as Constantinople). This transcontinental city spans the straight between the Sea of Marmara and The Black Sea, making it a highly strategic point for trade – thus its significance along the legendary Silk Road.

Straddling both Europe and Asia, Istanbul is a rich tapestry of cultures that reflects the history of Rome and Egypt, Christianity and Islam. There are churches and mosques throughout the city, which are architectural masterpieces - Sentantuan Kilsis and the Yeni Cami are examples of these. Explore the buzzing Grand Bazaar, and experience the tasteful middle eastern cuisine that suffuses. The locals are friendly, the music is exotic, and the sunsets unlike anything you’ve ever seen. It's the perfect place to end an adventure so amazing as following the Silk Road.

Israel: the Trip of a Lifetime

7 Star Attractions in the Middle East

The 5 Best Heritage Cities in England