With glimmering white lights, folks dressed up like eskimos, a roasted turkey and some mistletoe, the December holiday season is considered the most magical time of the year for a reason. While there's no place quite like home for holidays, there are a few Christmas-crazy towns that could change your mind. We've scanned the United States to find the cities that offer the best light displays, most amazing shows and grandest parades to herald in the yuletide season with great success. From Colorado ski towns to Pacific Northwest Bavarian villages, these destinations embrace the Christmas spirit so much they could give the North Pole a little competition. 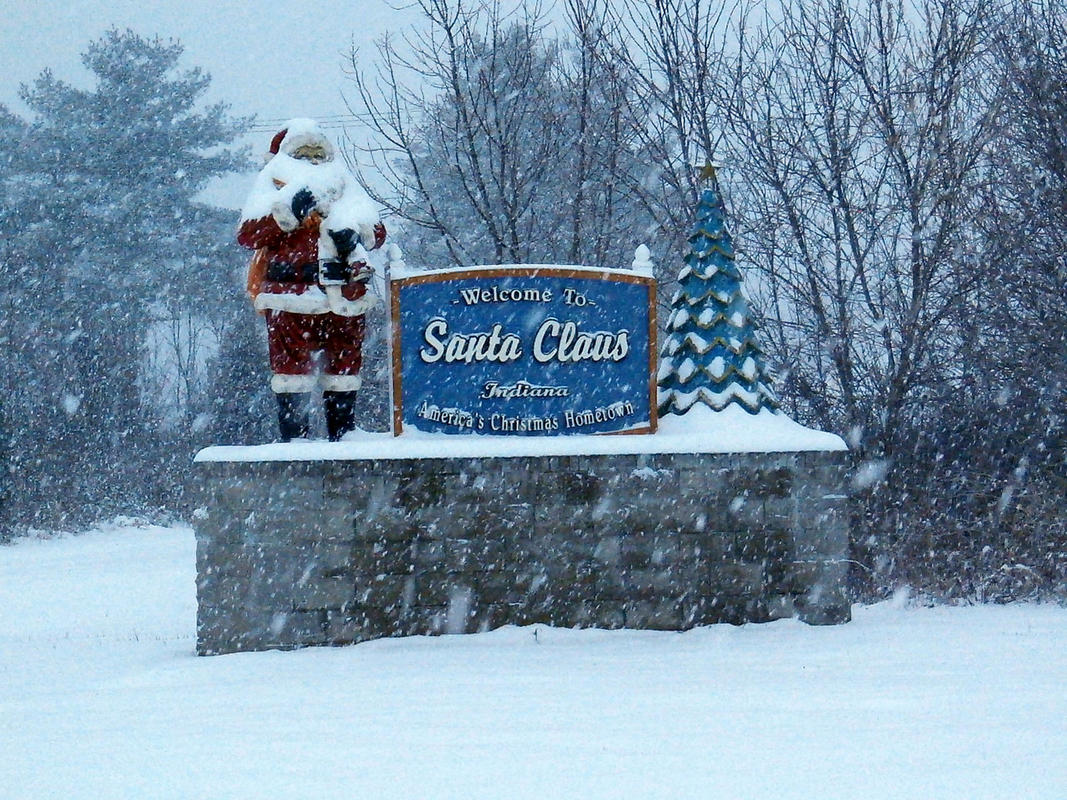 Self-proclaimed as America's Christmas Hometown, Santa Claus, Indiana — unsurprisingly — puts out all the stops when the holiday season rolls around. Its claim to fame is best characterized as a happy accident though. After the post office denied its original town name of "Santa Fee" back in 1856, the town settled on Santa Claus. Now recognized as the only post office location with the name Santa Claus in the world, the town receives thousands of Christmas letters from across the world each year (all of which are read by a group of volunteers known as Santa's Elves). While the town proudly boasts Christmas attractions throughout the year, it's safe to say Santa Claus is its most spirited in December. In addition to the 1.2-mile drive-through light show, you can also indulge in tasty treats at Santa's Candy Castle and take a festive journey through the Santa Claus Museum & Village. 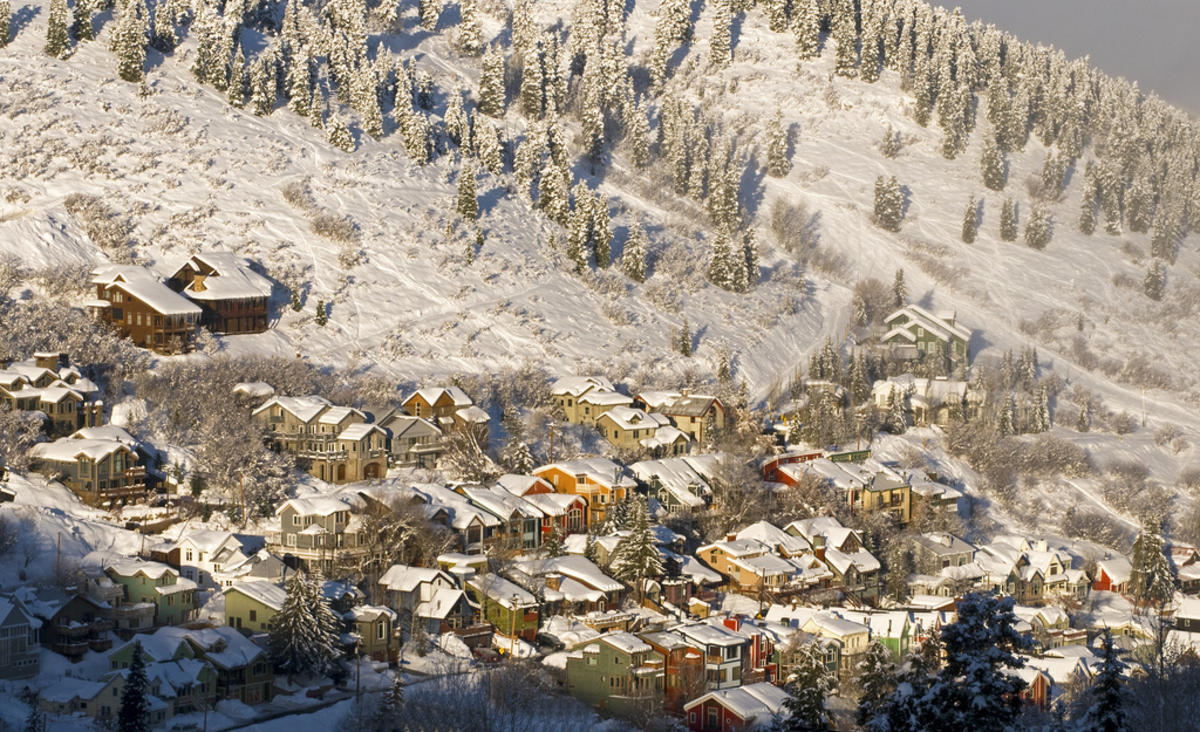 Indiana may be named after Santa Claus, but only in Park City, Utah can you expect to find jolly ol' Saint Nick himself skiing down the mountainside on Christmas Eve before he delivers presents to all the good little boys and girls around the world. It's just one way this mountain town celebrates the holidays. The festivities officially kick off in November when the annual Electric Parade rolls into town. Complete with the lighting of the Town Christmas Tree and Main Street's light display, the event literally lights up the town. In addition to its Christmas festivities, Park City features a life-sized gingerbread house, made from more than 11,000 gingerbread cookies, too. Probably one of many reasons why Santa is prone to skiing the mountaintops, huh? 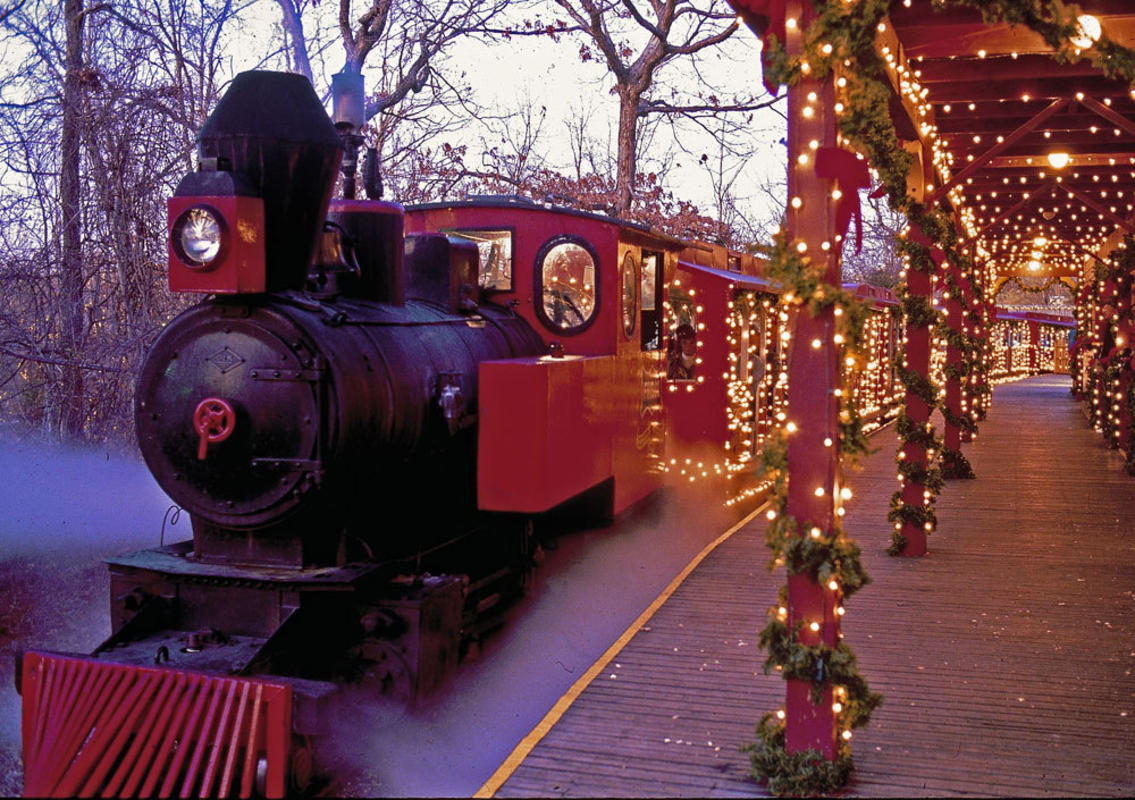 Branson does more than just spread a little holiday cheer — they celebrate the Christmas season with a serious bang. With six million dazzling lights, 1,000 decorated Christmas trees, two Broadway-esque holiday shows and even a grand Christmas Light Parade (led by none other than Rudolph the Red-Nosed Reindeer himself), no one does Christmas bigger than Branson. Its month-long Ozark Mountain Christmas festival features celebratory music (of course) and a ride on the Polar Express train, too. All aboard! 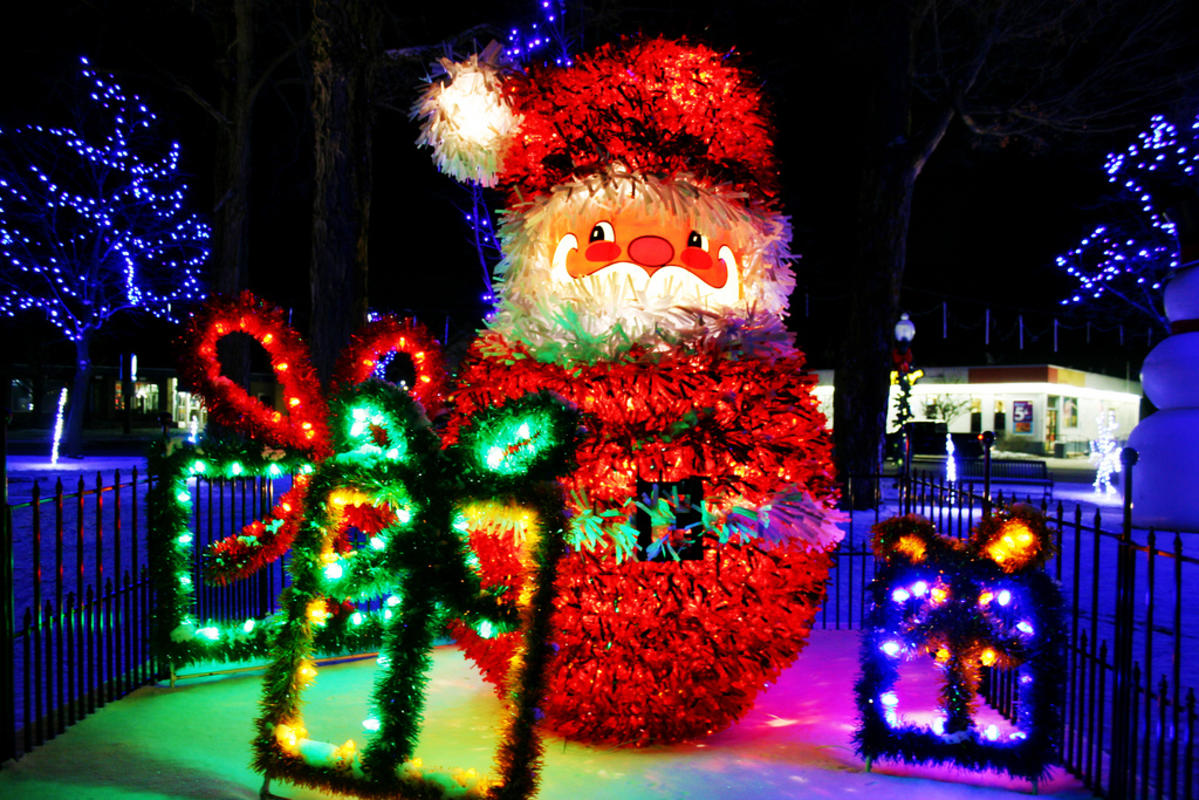 Remotely located just a few miles off the shores of Lake Superior, the small town of Christmas, Michigan (population 400) is ideal for the winter adventurer that likes to get away from it all. While giant Mr. and Mrs. Claus structures are posted on either side of the road and local businesses proudly bedeck themselves in traditional reds and greens, the real fun happens just outside the city limits of Hiawatha National Forest. There, you can choose from a sea of adventures, including snowmobiling and cross-country skiing, to explore Michigan's Upper Peninsula at your leisure. Whatever your thrill of choice, do as the locals do and “Say Ya to Da U.P. Eh?” 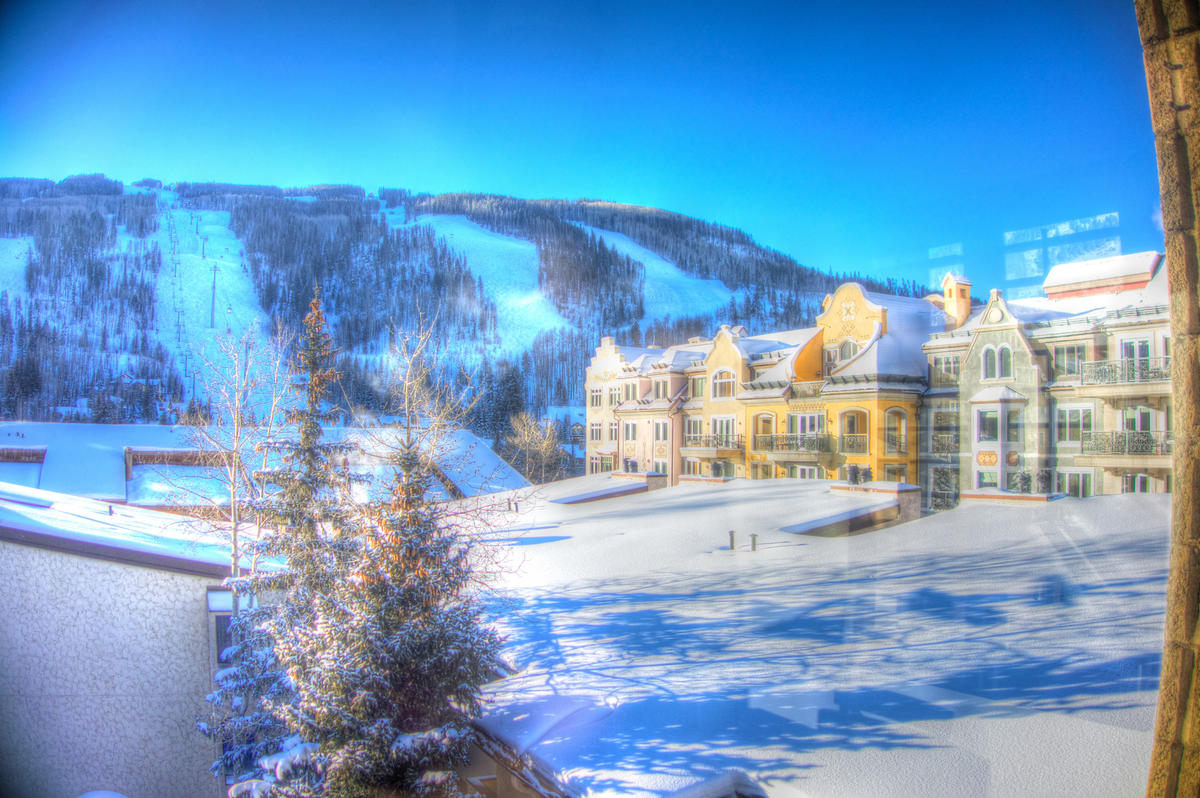 With snow in the forecast nearly every day, Vail is the very definition of a winter wonderland during the Christmas season. Located just two hours from Denver, this Colorado ski town features some of the most diverse terrain in the Rockies — and the holiday activities are just as endless. In between checking out the fun at Holidaze and Snowdaze — two of the most popular festivals — embark on a magical sleigh ride, find your balance while ice skating or enjoy the picturesque shops and restaurants in Vail Village. Vail's warm hospitality mixed and heaps of fluffy snow will make you feel like you’re living in a real life North Pole snow globe with Santa and his elves. 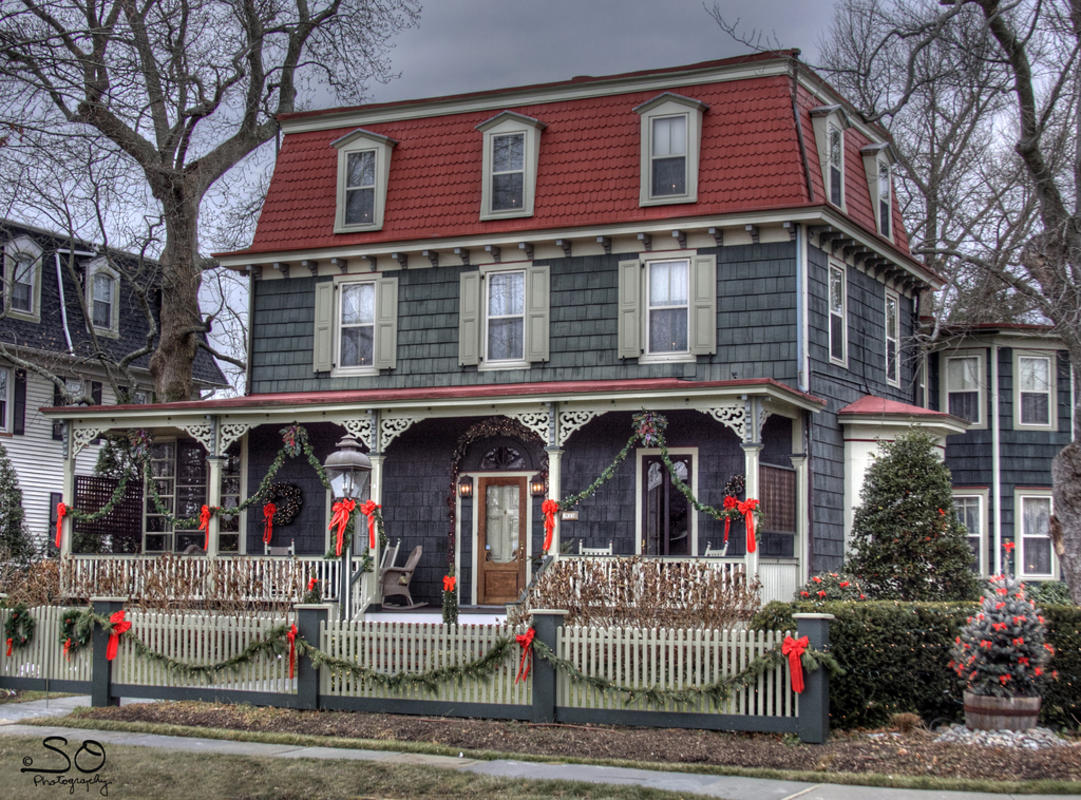 While technically part of the Jersey Shore, the beloved beach town of Cape May is a national treasure (seriously, it was declared a National Historic Landmark in 1976) that's positively breathtaking during the holiday season. The city's charming Victorian homes are decked out in soft, sparkling bulbs, ruby red ribbons, and ornamental forest-green wreaths, creating a perfectly nostalgic holiday feel. Candlelight house tours of the historic homes are available as are caroling events, winery tours and themed Victorian Christmas nights at the historic village. Don't forget to save the date for the Hospitality Nights when local vendors open their doors to shoppers eager to try their salt water taffy and fresh fudge. 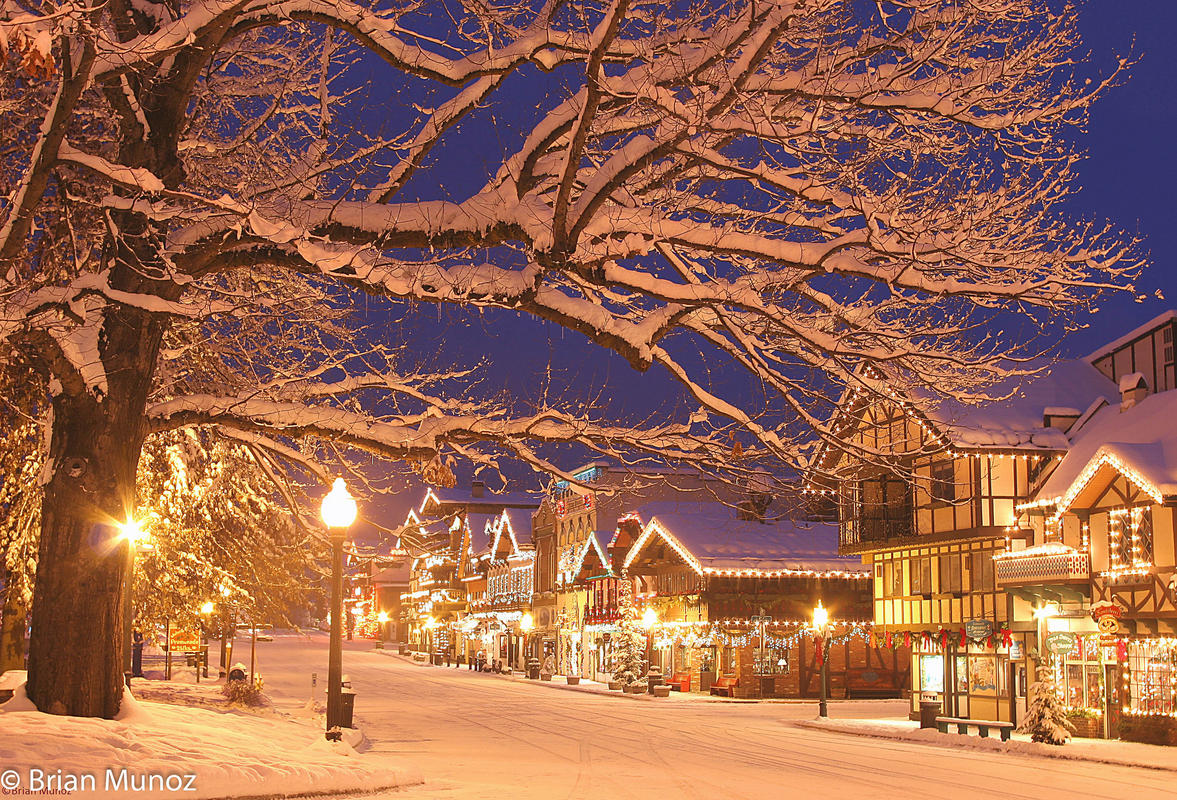 Can't make it to Europe to experience a Christmas market this year? You can get pretty close to the real thing in the decidedly Bavarian village of Leavenworth, Washington. Surrounded on all sides by the Cascade Mountains, city officials purposely gave the city a facelift back in the 1960s, upending the entire downtown area to create a Bavarian village lookalike. Its downright magical in the wintertime. Leavenworth hosts not one, not two, but three Christmas tree lightings, and uses more than half a million lights for its downtown light displays. In addition to the Christmas cheer, you can tour the Nutcracker Museum (ideally before heading off to watch The Nutcracker) and sip on traditional mulled wine and other European holiday treats at various pubs and restaurants.

The European Cultural Capital of the Year: Wroclaw, Poland (And What to Do There)

Life is a journey. Enjoy the ride.

www.khamsahmarketing.com
Join 100k like-minded travelers by subscribing to iExplore
Join with Email
RECOMMENDED FOR YOU

See the Brothers Grimm and Other Fairytales Come Alive