By Tommy Walker
Save 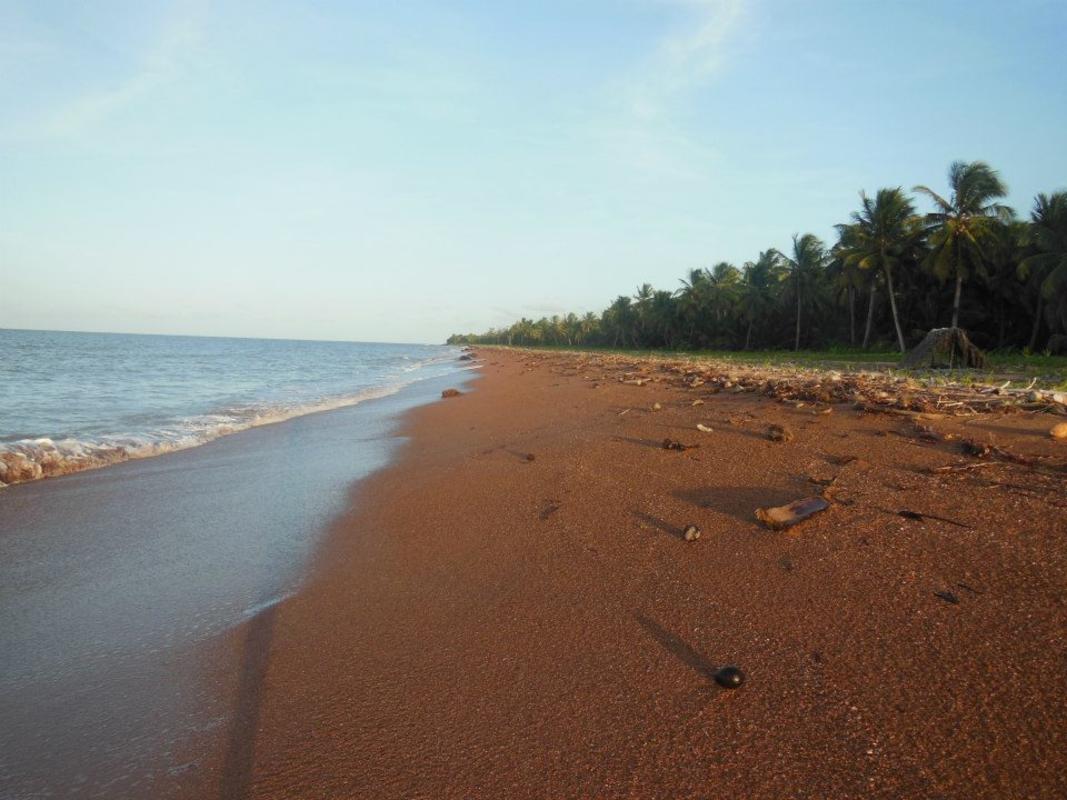 It's safe to say that getting off the beaten track is something adventure seekers aim to do on every trip. Guyana, a country coated in dense rainforest in northeast South America, is one of the least visited destinations in the continent already. Where we're telling you to go is so remote it requires a charter flight plus a two-hour boat ride just to get there. It's a beach with literally nothing but claret colored sand, a few washed up shells, and some of the most amazing giant sea turtles in the world. Welcome to Shell Beach. 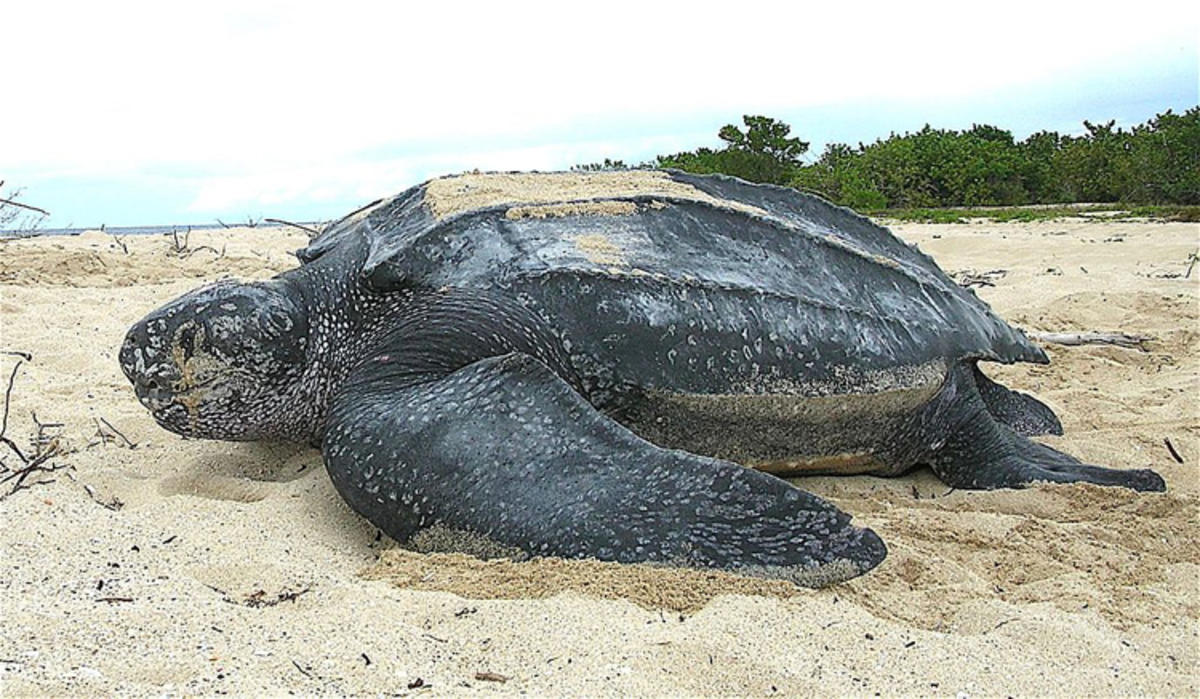 Just getting to Shell Beach is an adventure in itself. You'll rise to the clouds in a chartered aircraft for a quick hour jaunt, which will drop you off at Port Kaituma. It's a small town consisting of nothing more than a few fish markets and wooden shacks before embarking on a speed boat down the Barima River. The scenery changes turns from dense jungle to open ocean fairly quickly, and after two hours of being tossed around, you'll arrive at Shell Beach, which doesn't look like much more than an open stretch of sand scattered with shells. 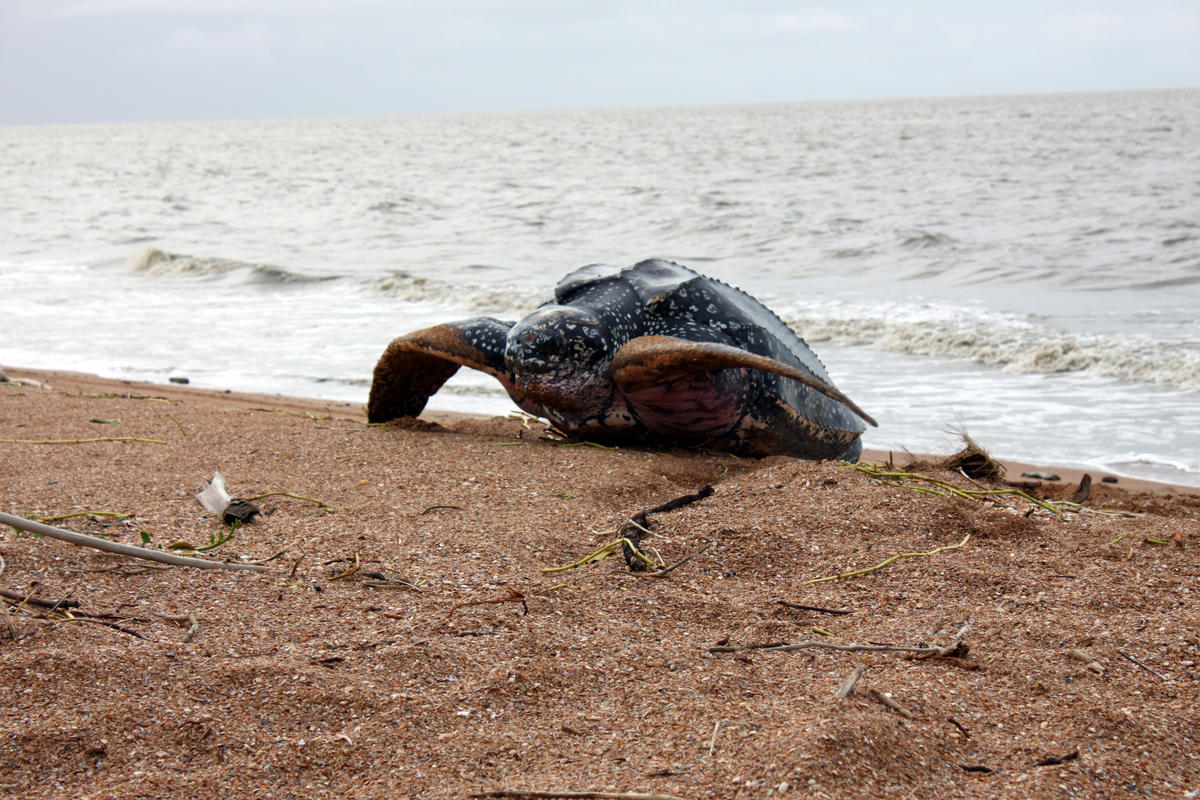 Shell Beach is unlike anywhere else on the planet as four of the eight endangered turtle species in the world make the journey here to lay their eggs. These are no ordinary turtles though, they all look like giants descendants of the dinosauric ages. From March through August, you can see green, leatherback, olive ridley, and hawksbill turtles turn up on the idyllic 90-mile stretch of untouched Atlantic coastline. All in danger of going extinct, it's recommended to go with a local guide who understands the conservation efforts and respects the sensitive environment. 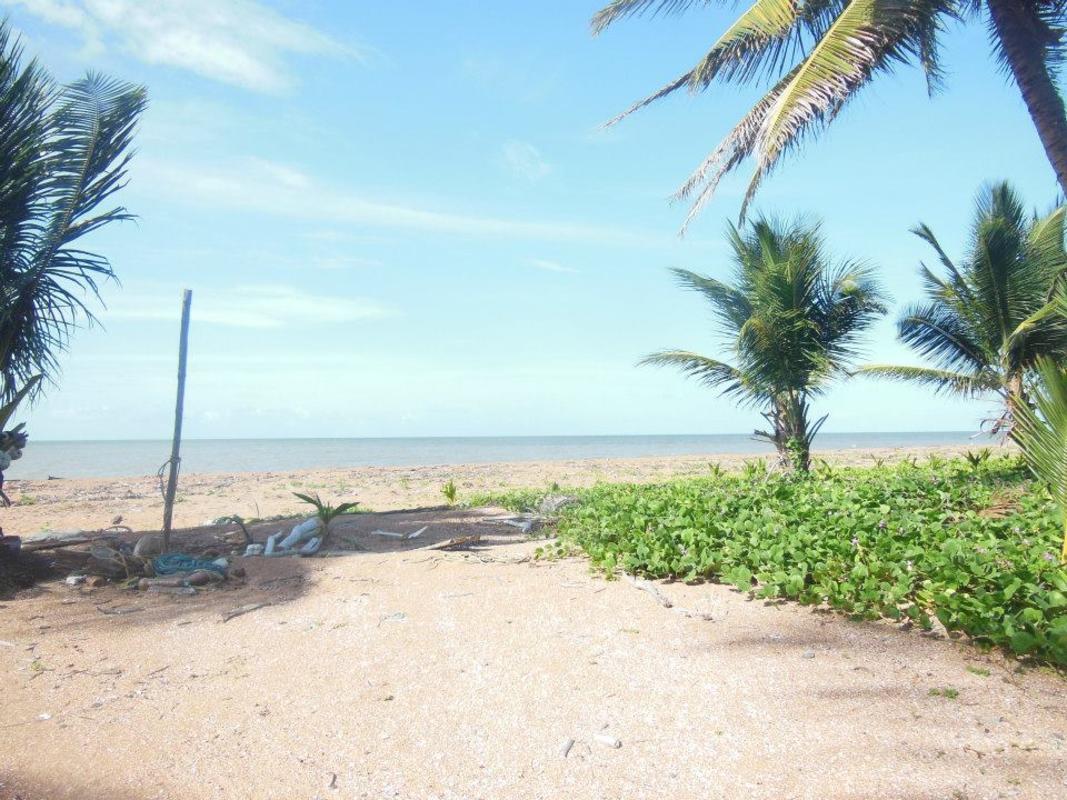 The turtles usually arrive on the Atlantic shore at night, laying their eggs and waiting patiently in the nursery area until they hatch. The Guyana Marine Turtle Conservation Society (GMTCS) and the local arawak Amerindians live along the coast of Shell Beach, actively working together to preserve and protect the turtles and habitat from poachers, overeager tourists, and fishermen. 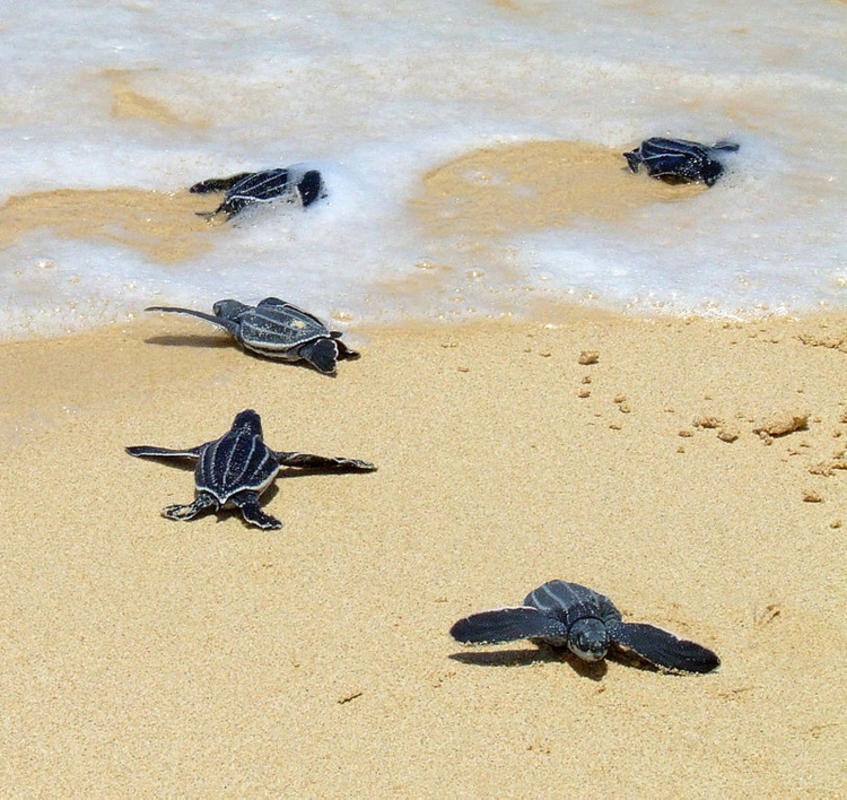 Despite its isolation, Shell Beach is a tour that can be booked from Georgetown, Guyana. Some travel agents promise you can see the turtles year-round, so make sure to go with a reputable operator like Guyana Tourist. Through their adventure, you'll experience a homestay with the locals, often with limited electricity and cold hose pipes for showers. Make sure to pack mosquito repellent, sunscreen, loose-fitting clothes, hats, and plenty of water.

Tommy is freelance travel writer from North-east England and has been travelling since 2012. You may find Tommy practicing hot yoga on the morning, wandering through exotic rainforests during the day or drinking whiskey at a dive bar on the night.

www.thewanderingwalker.com
Join 100k like-minded travelers by subscribing to iExplore
Join with Email
RECOMMENDED FOR YOU