13 Michelin Starred Tables Worth Flying Across The Pond For

There are some meals that are immediately forgettable and those you’ll remember forever. Then, there are those worth flying over an ocean for. As some of the most touted and awarded restaurants on the planet, if you're looking to head to Europe for a foodie adventure, we've got your next destination. 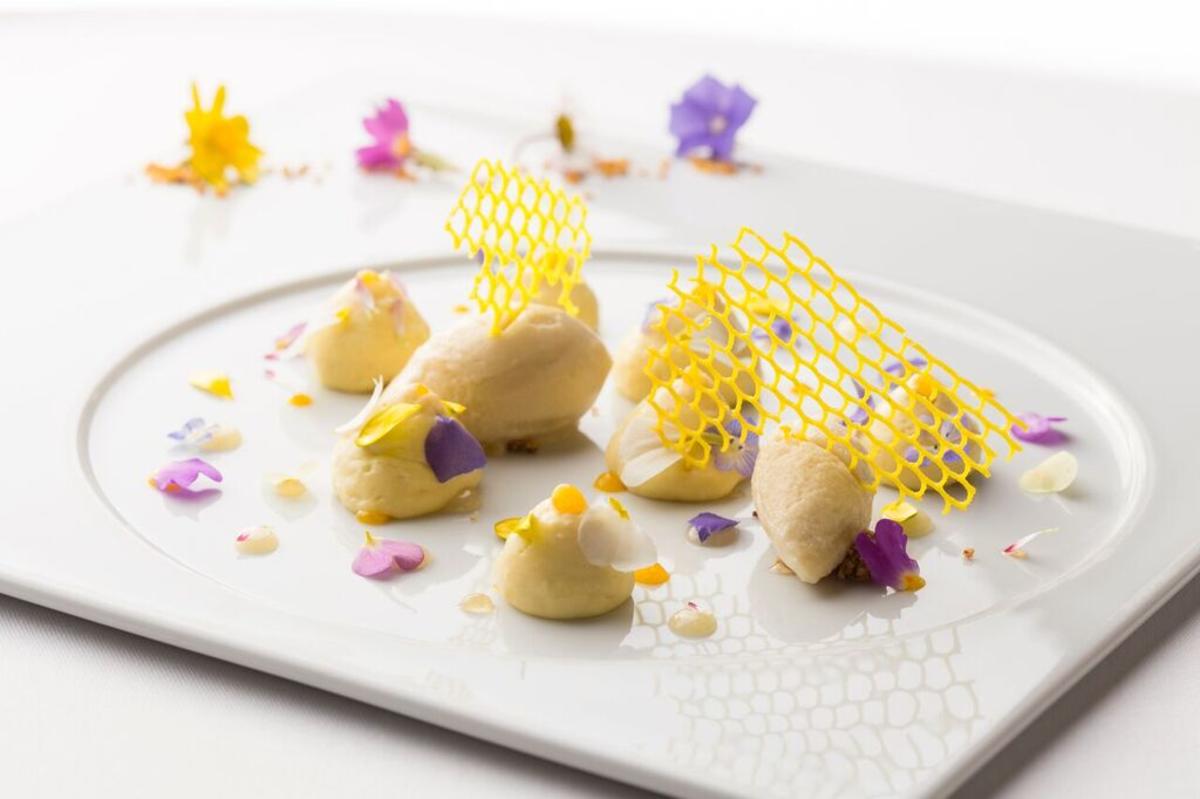 This gourmet treat is hidden inside a mystical 12th century Cistercian abbey: the Abbaye de la Buissiere. Now a luxury retreat with cozy lounges, atmospheric stained windows and all the trimmings, the seven course $102 tasting menu tickles with surprise, as you aren’t told what is being served until it arrives at the table. It's a veritable voyage of discovery from the amuse bouche to the hare soufflé, the scallops with chanterelles and a very tasty warm Cîteaux cheese. A delicious adventure! 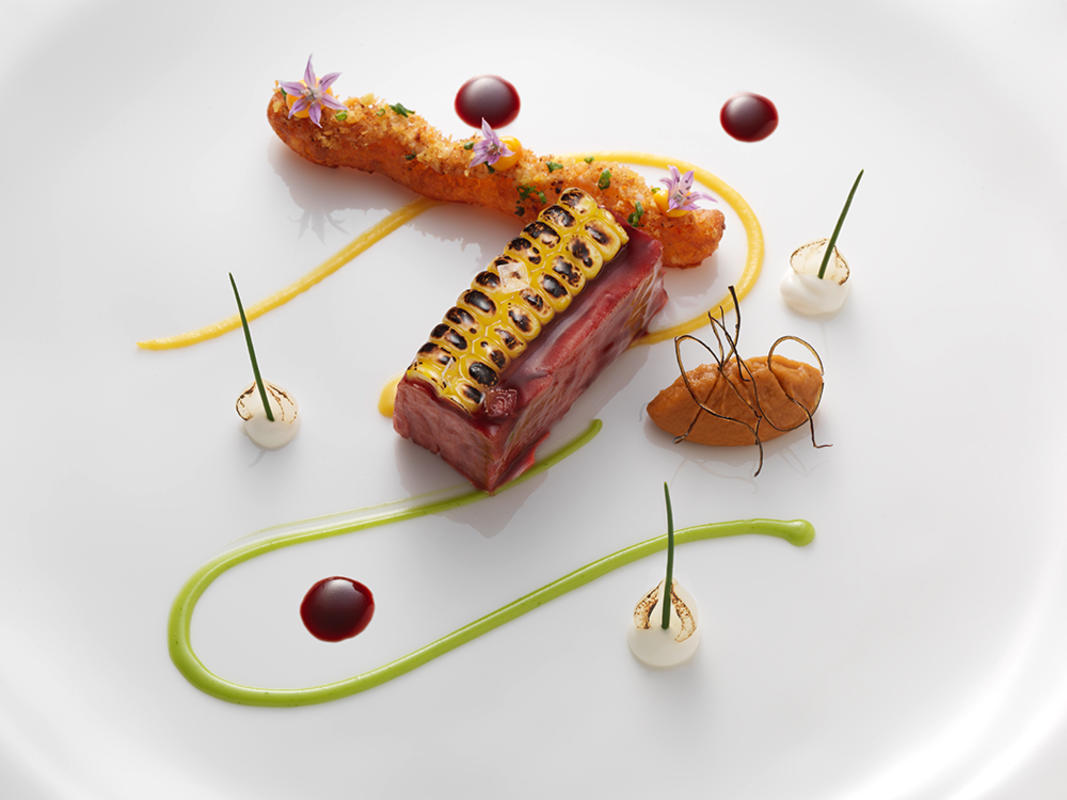 An institution in the heart of Munich that once belonged to King Ludwig I, two-star Atelier is set in one of the city’s oldest hotels and just so happens to be one of the country’s most famous tables. Head Chef Jan Hartwig and his team weave their magic in a rustic minimalist dining room designed by Axel Vervoordt. A four course menu will set you back $140 for delights such as cured beef tenderloin, oxtail with aged soy sauce, cucumber, wasabi and a mousse made of smoked mushrooms followed by fresh caught sea bass, stuffed pasta, artichokes, and an olive and lobster Béarnaise. If you're really hungry or ambitious, there's also a seven course menu for $205. 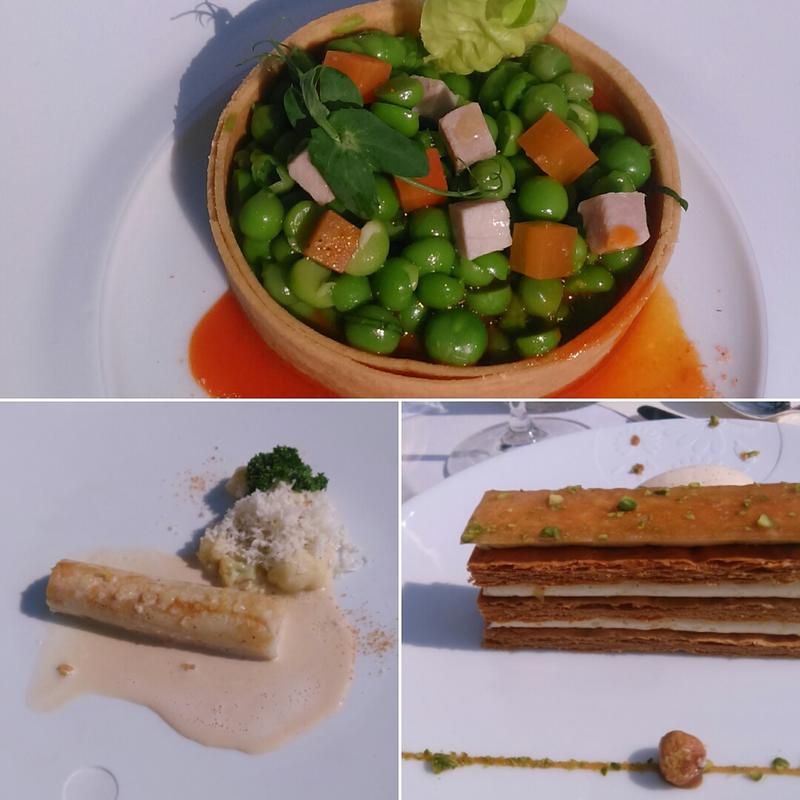 Beautifully located right below the famous Baux de Provence, this charming Relais & Chateau hideaway has been attracting foodies for years, including the Queen! Chef and owner Jean Andre Charial definitely deserves his two Michelin stars for the seared tuna belly, soufflé pancake and anything featuring the fresh home-grown peas. My tip? Come for the $102 lunch to sample the best of France on the terrace in the sunshine.

In Ravello on Italy's dazzling Amalfi Coast, this charming restaurant offers both fabulous views and heavenly food. A 12th century palazzo that blends traditional Baroque architecture with modern luxury, it’s the perfect combination of glamour and gourmet. Each dish is prettier than the next, more artwork than cookery - a vision of colors, textures and perfectly balanced constructions that will take your breath away. If you'd prefer to relax with a cocktail, the Lobster & Bar offers over 65 different martinis along with champagne and prosecco that can be paired with the succulent seafood. 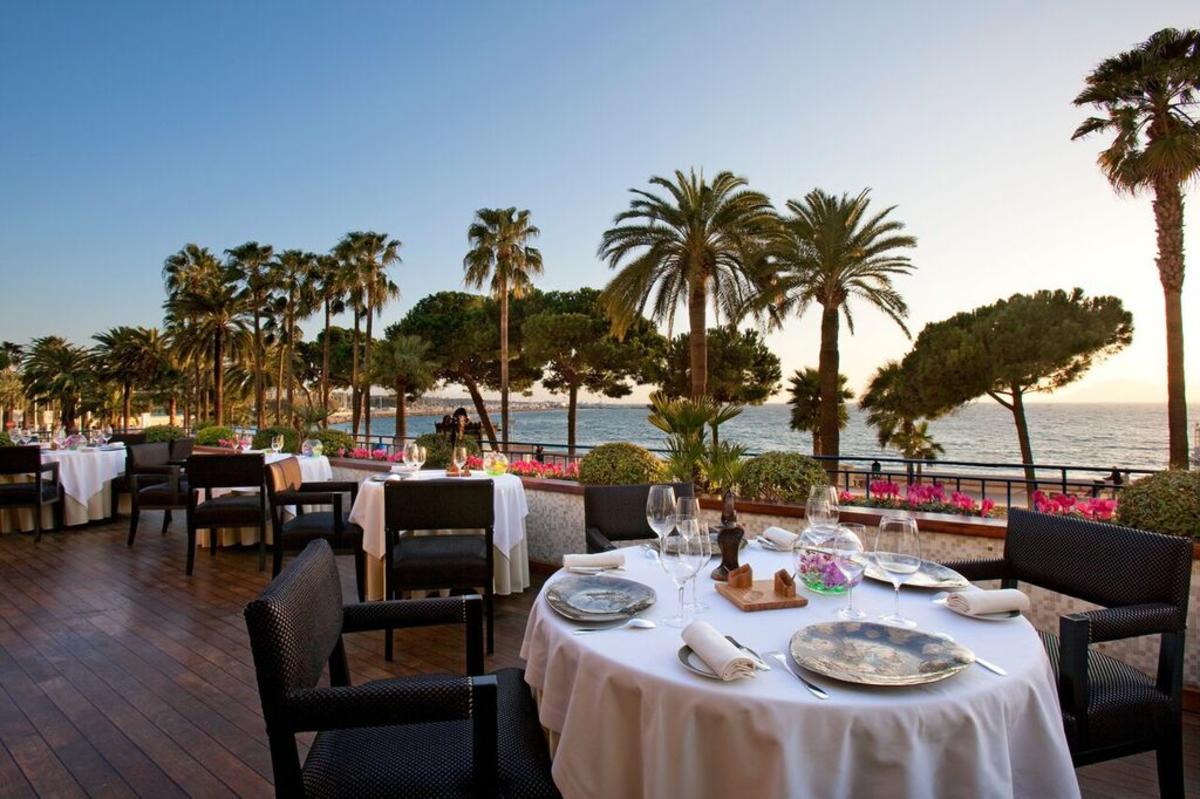 One of the most famous addresses in the country, the Palme D’Or at the legendary Martinez Hotel is where the Cannes festival jury dinner takes place. Dine here and you’ll be getting gourmet food paired with celebrity sightings as the likes of Clint Eastwood, Sharon Stone and Quentin Tarantino have all enjoyed meals here. Chef Christian Sinicropi's Movement menus start at $97 while a la carte plates start at $54. Call well ahead to book a table, as this is one of France's most sought after reservations. 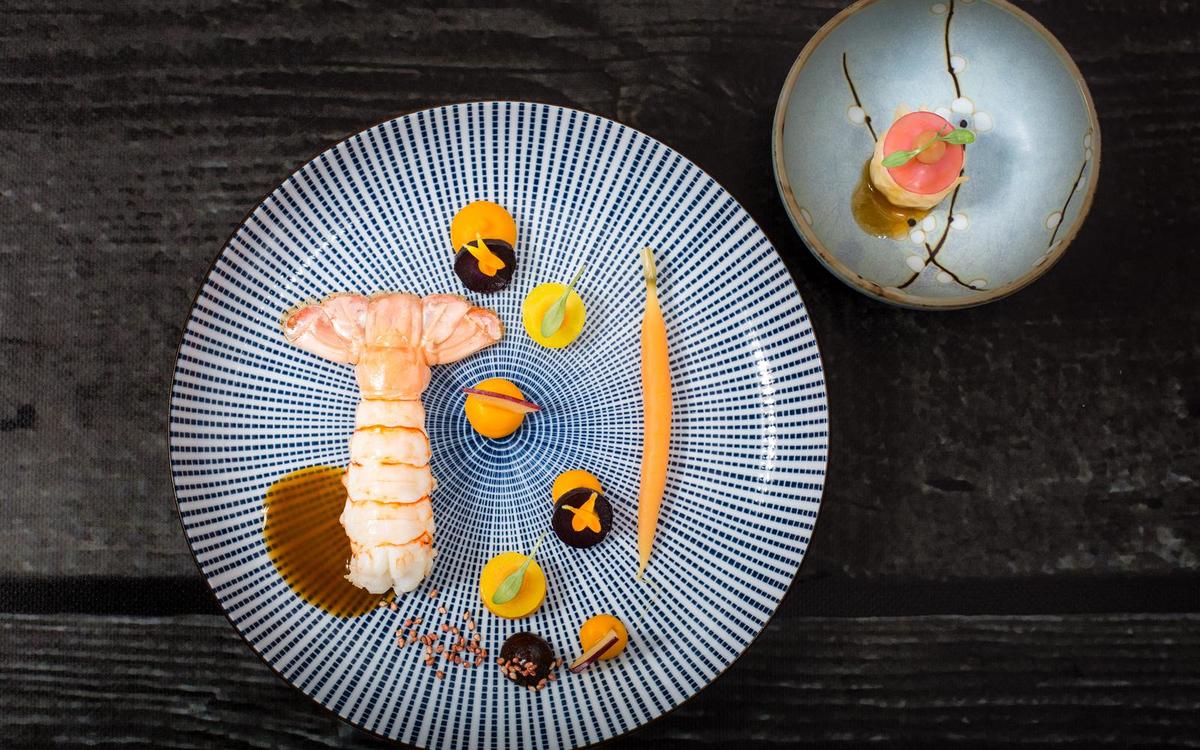 An exclusive 26-seat restaurant in in the heart of the Alps, this German-French cuisine uses all the freshest seasonal produce from the region to sing it's swan song. The chef offers a choice of two menus, three courses for $80 or six for $154, that include crayfish with spinach and onion, turbot with jerusalem artichoke and quince, duck with cucumber and radish, and Maitre Bernard Antony's wonderful cheese selection. Just make sure you save room for the mouthwatering chocolate, passionfruit and Macadamia nut dessert. 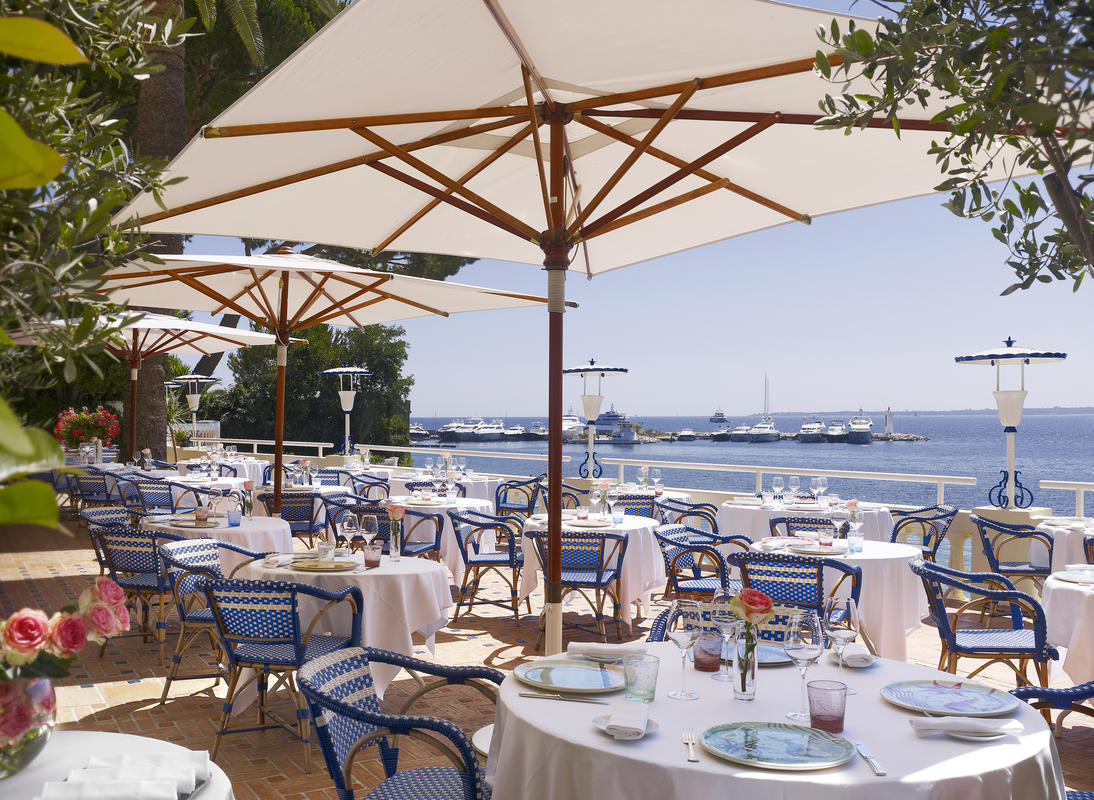 Set on the most glamorous parts of the Côte d’Azur, La Passagere offers guests the most fabulous Mediterranean views and historic bling aplenty as part of the legendary Belle Rives, a boutique hotel that was once home to none other than Scott Fitzgerald. Young chef Yoric Tieche was awarded his first Michelin star in 2016 for his seafood inspired menu featuring classics with a twist like ginger langoustines, shrimp tartare, calamari raviolis, lemon soufflé, and candied apples with crunchy muesli. The good news? It's a stellar meal that won't break the bank, as the two course lunch menu will set you back just $54, worthwhile for the views alone. 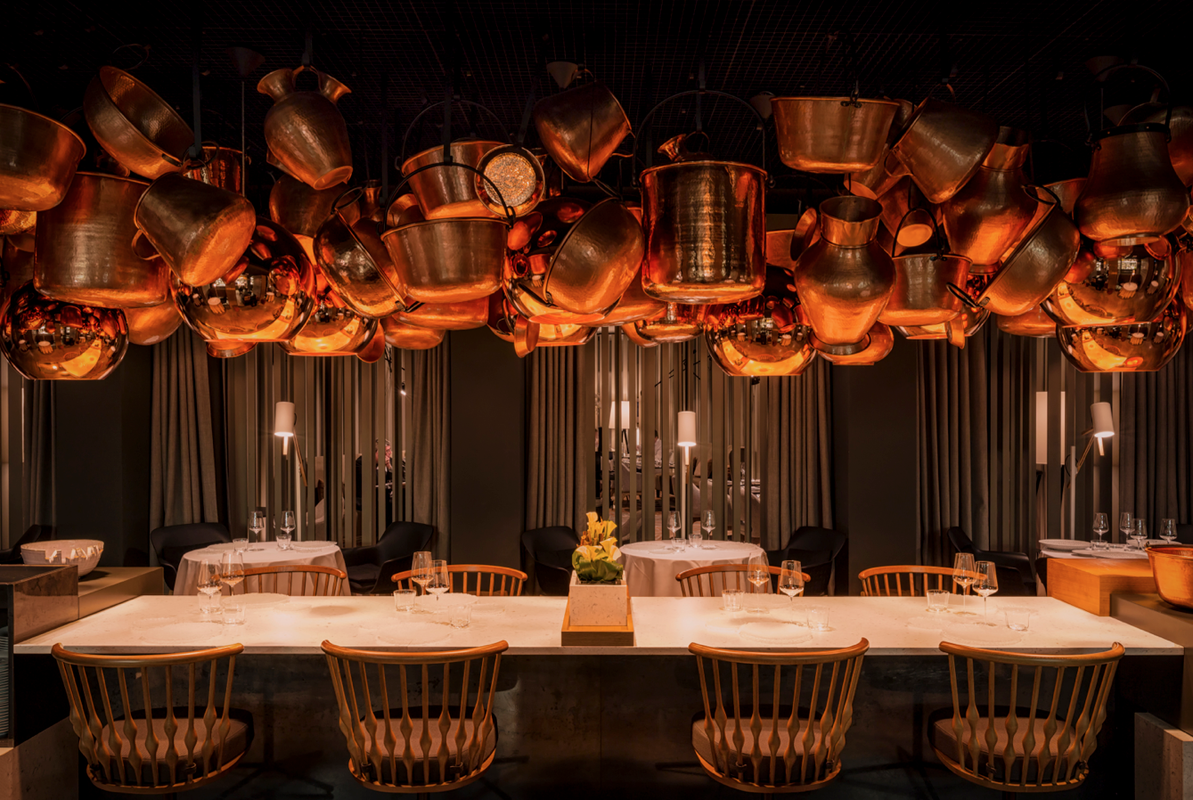 One of Berlin’s hottest foodie spots in the designer Das Stue hotel, Cinco by Paco Perez features avant-garde Mediterranean tasting menus and earned a star within a year of opening! The idea behind the menus? Expand your five senses for six! Paco's extensive 25-course tasting menu ($187) includes simple yet elegant preparations from pigeon to lobster and red rock cod, pure peas and broad beans to his funkily named coco coco coco desert. So good he had to name it three times! 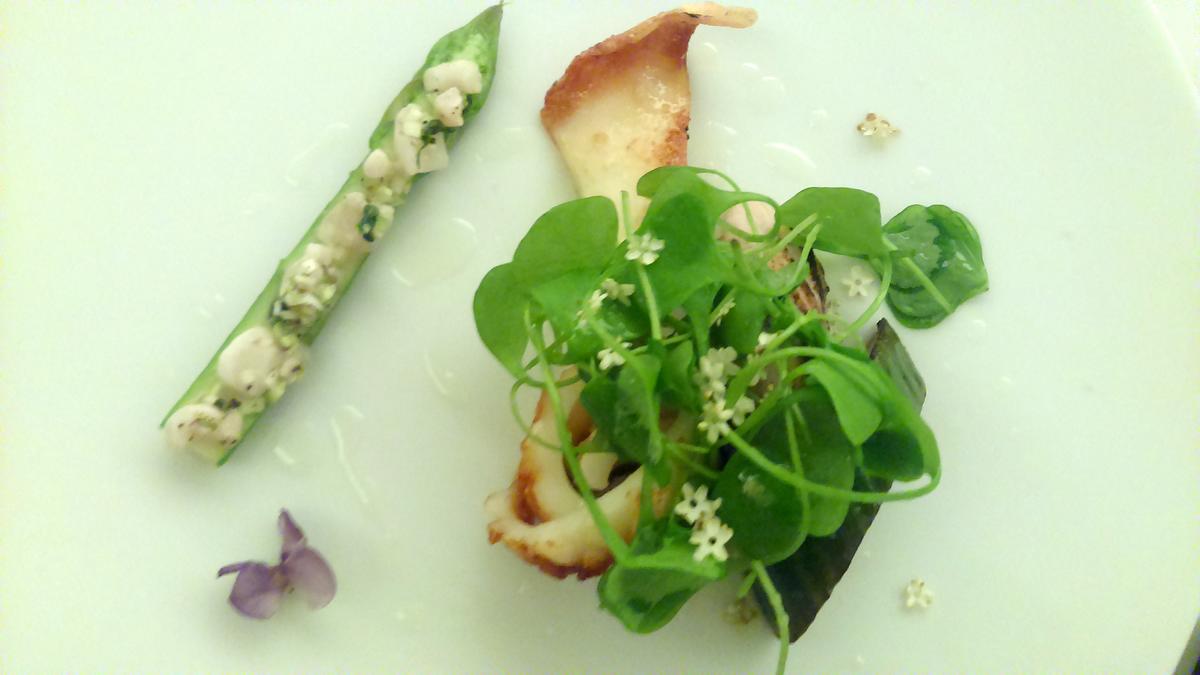 Tucked away in an all white padded cocoon, nothing will distract you from celebrity chef Thierry Marx’s menu. Go for the seven course tasting menu, which includes delightful foie gras and smoked eel, tender wagyu beef and a bento box of mind bogglingly delicious desserts. 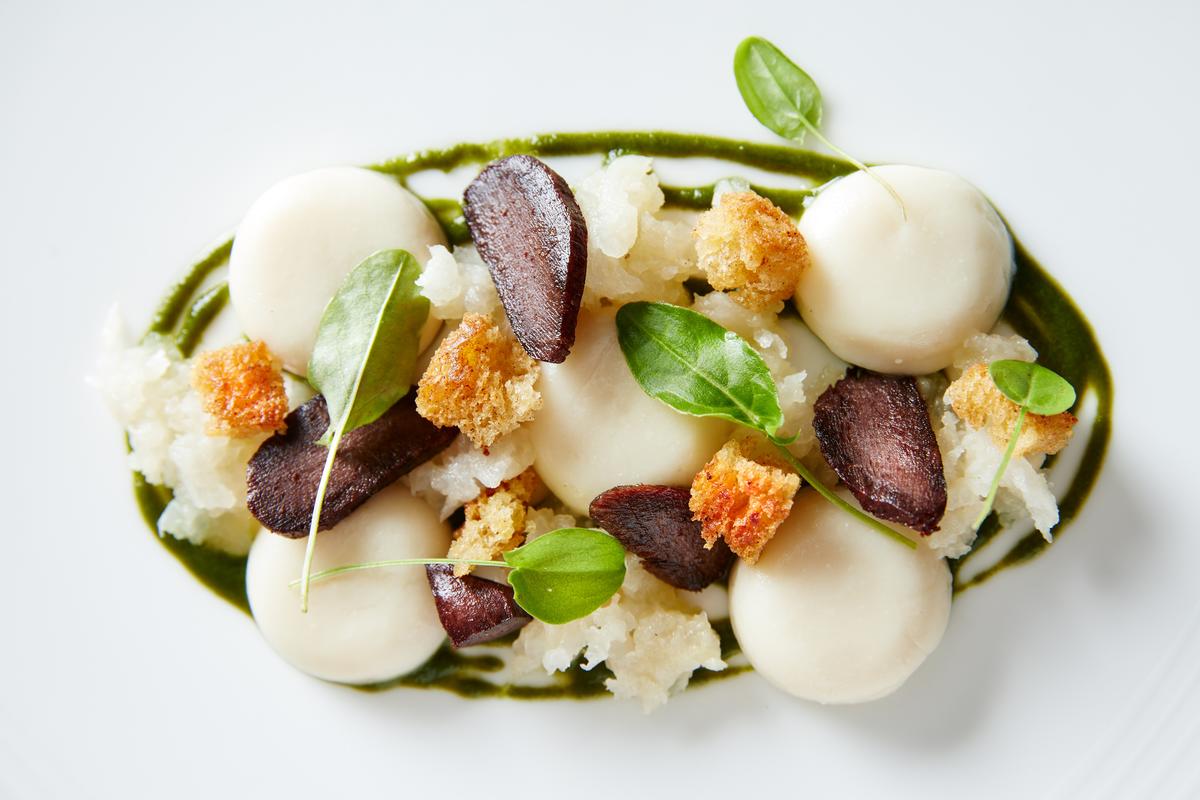 The spot to experience British cuisine at its finest, Chris Harrod does his best to dispel the myths about the UK cooking. His Wye Valley outpost is all about locally sourced produce and freshly foraged herbs. Even better, if you're too full to move after your meal, you can stay overnight at this "restaurant with rooms." 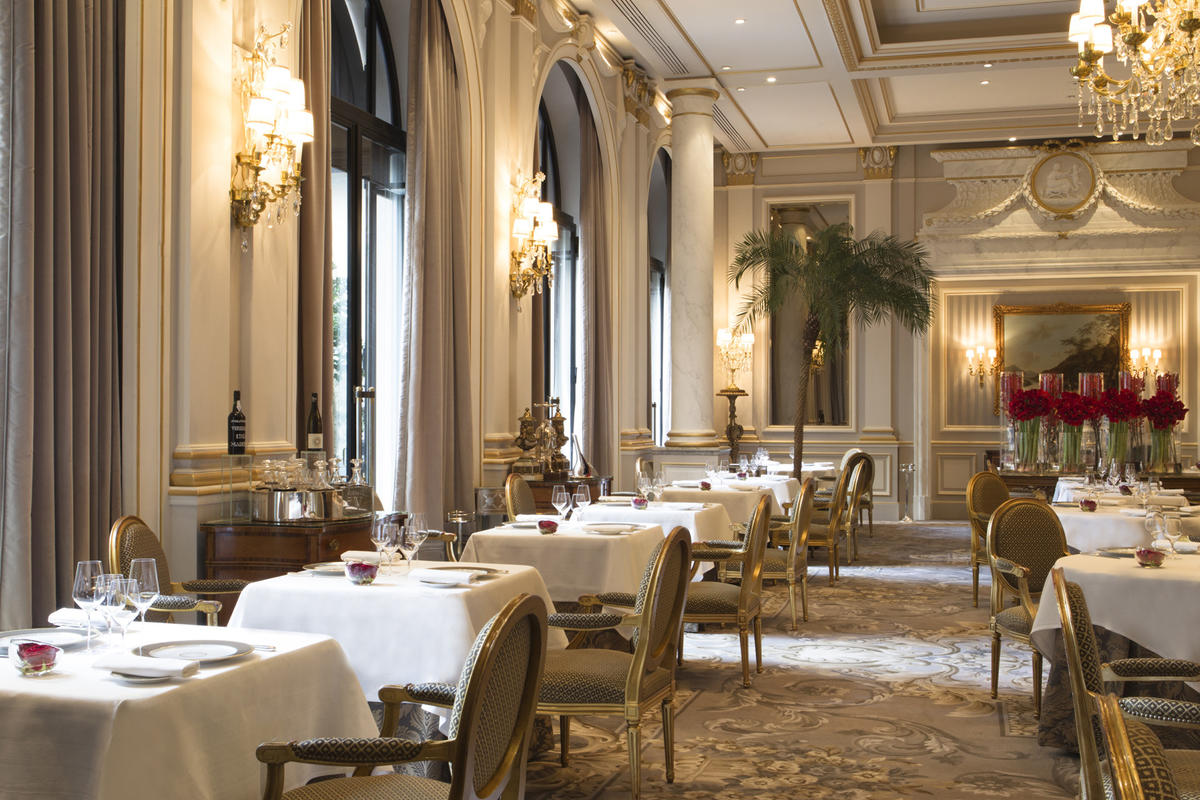 Nothing short of legendary, this two star outpost is arguably France’s poshest venue. Chef Christian Le Squer cooks with only the finest seasonal produce to create classics like lobster salad and sea scallops with truffle. The cheese platter is incredible, while the desert trolley is another sight to behold. You can opt to order either off the a la carte menu or the pre fixe lunch options, which range from four to six courses ($164-238). They even have a kid's menu with the world's finest chicken nuggets for $25. 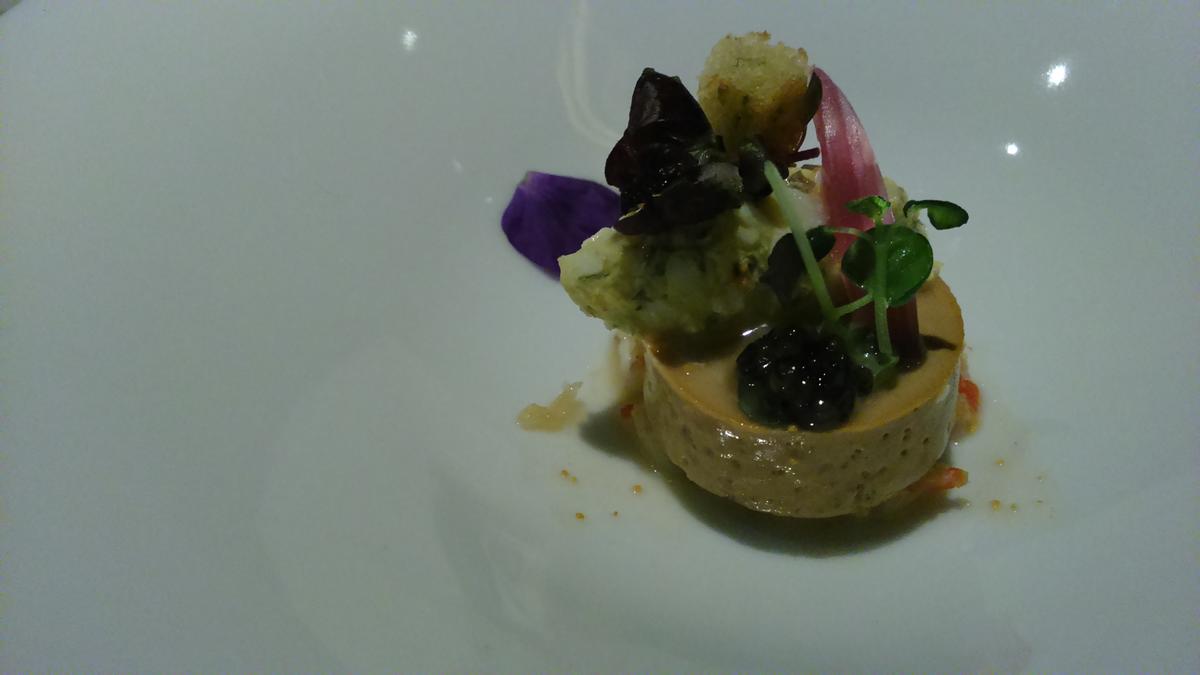 The most extravagant setting of all, this Michelin starred restaurant is perched atop the Eiffel Tower! One of the most iconic and memorable meals you'll likely have in your life, Jules Verne is worth flying over for both the view and the cuisine. Legendary chef Alain Ducasse devised the tasting menu along with the perfect pairing list because there's no better place to cheers than the most romantic landmark on the planet. It'll set you back $215 for five courses, which includes gingerbread and foie gras, seared scallops and gold caviar - a once in a lifetime experience perfect for any special occasion you're looking to celebrate.

Hotel Yountville Is the Place to Stay in California's Wine Country

The Best Dining in Austin (Other Than BBQ)

I have written for everyone from the Guardian to the South China Morning Post & the Toronto Star, Harper's, Red, ELLE and the ‘1001 Escapes’ book. I even blogged my honeymoon for cntraveller.com! Now based in Paris – travelling en famille.

http://www.carrallinson.com/
Join 100k like-minded travelers by subscribing to iExplore
Join with Email
RECOMMENDED FOR YOU