Spain is one of the most popular LGBT friendly-destinations for its supreme weather, sunny beaches and laid back, open-minded residents. Both Madrid and Barcelona are two of the most visited cities for gay vacations in Europe. Already one of the most liberal countries in the world, same-sex marriages and adoptions have been legal since 2005. 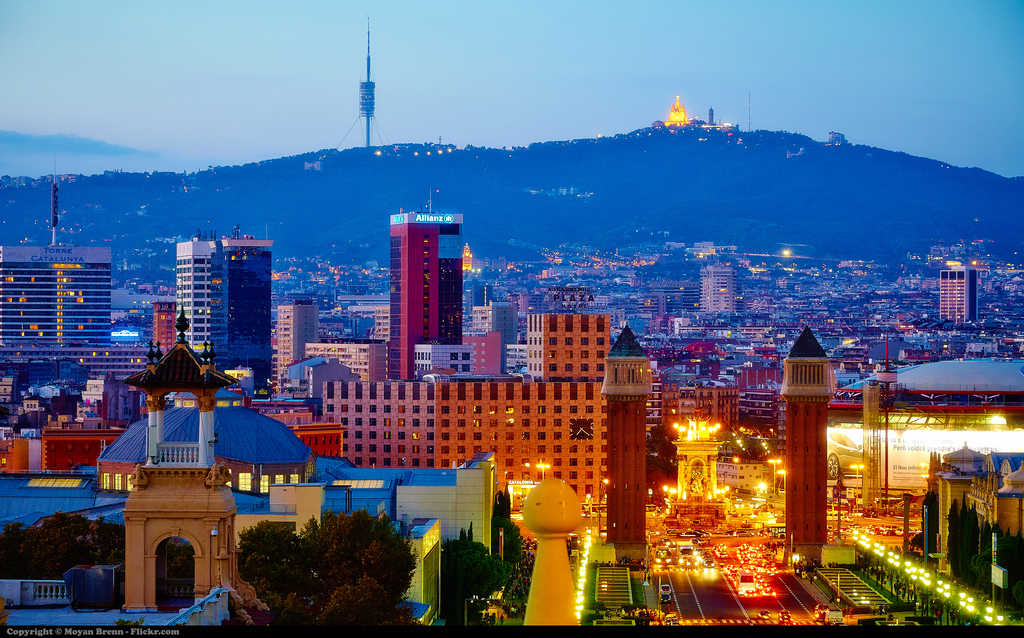 The capital of Catalonia, Barcelona is a striking balance of Mediterranean and cosmopolitan. Eixample is where the gay friendly clubs, hotels and bars can be found. A trendy district in the heart of the historic and artistically inclined city, favorite activities include shopping in the Gothic Quarter, dancing the night away at the discos and enjoying the thumping house beats. 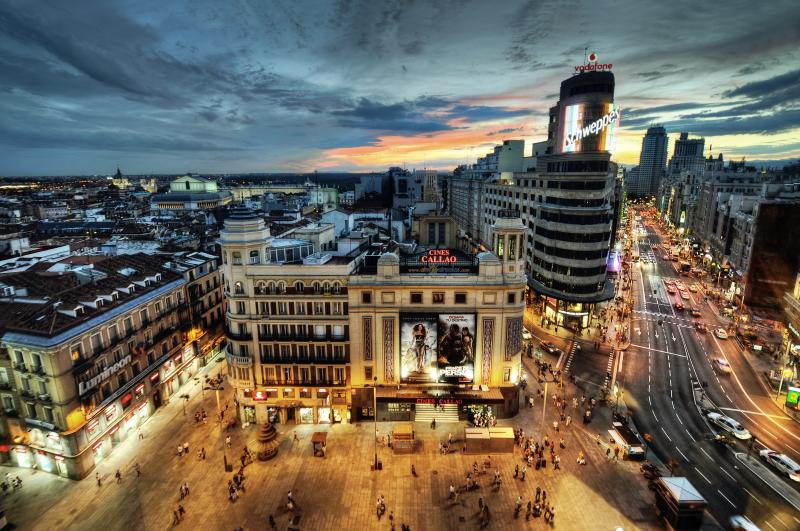 Spain’s capital and all-around most popular tourist destination in the country, Chueca is known as the Soho of Madrid and the center of the gay action. With upscale cafes, avant-garde fashion and hip shops, this area which was once dangerous and run down is now a thriving metropolis. Enjoy wine and tapas before heading out to the pulsating clubs for beautiful people enjoying life to the fullest. 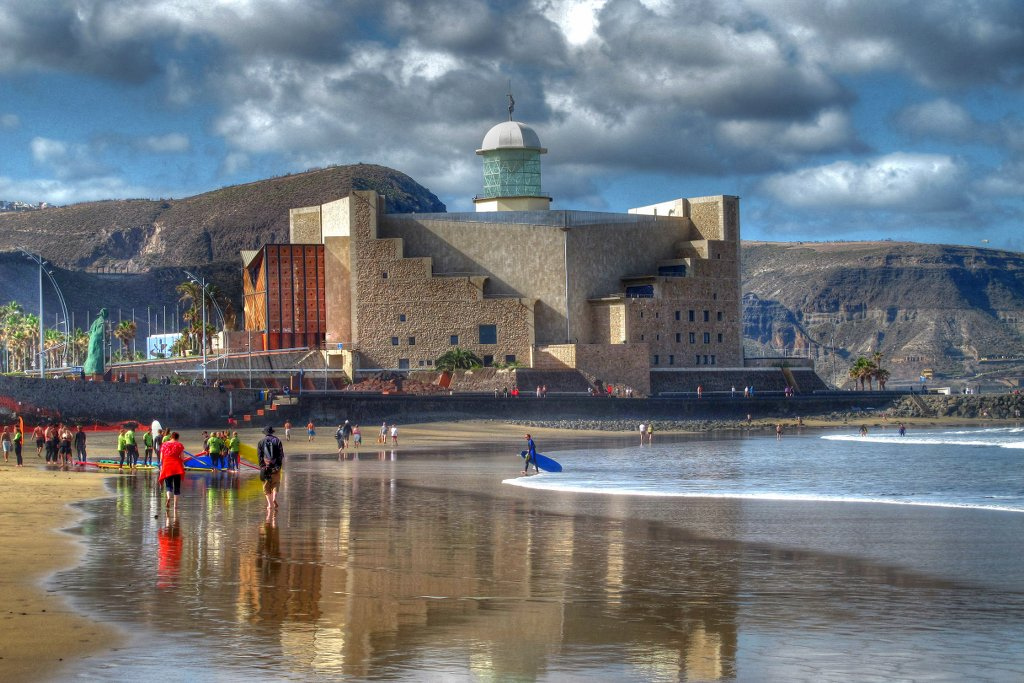 The second largest of the Canary Islands boasts a nearly perfect climate and mile after mile of white sandy dunes. This popular LGBT destination is home to dozens of gay bars, restaurants, shops, and clubs situated side-by-side in two large commercial centers in Playa del Inglés and the town of Maspalomas, the setting of the most well known and photographed beaches on the Islands. Gay Pride takes place in Las Palmas June 28-July 2, promising boisterous parties and celebrations you don’t want to miss. From August 14-19 Gran Canaria celebrates one of its signature events, Dunas Festival, a gay culture week complete with theme nights, pool parties, shows, boat cruises, exhibitions, and excursions. 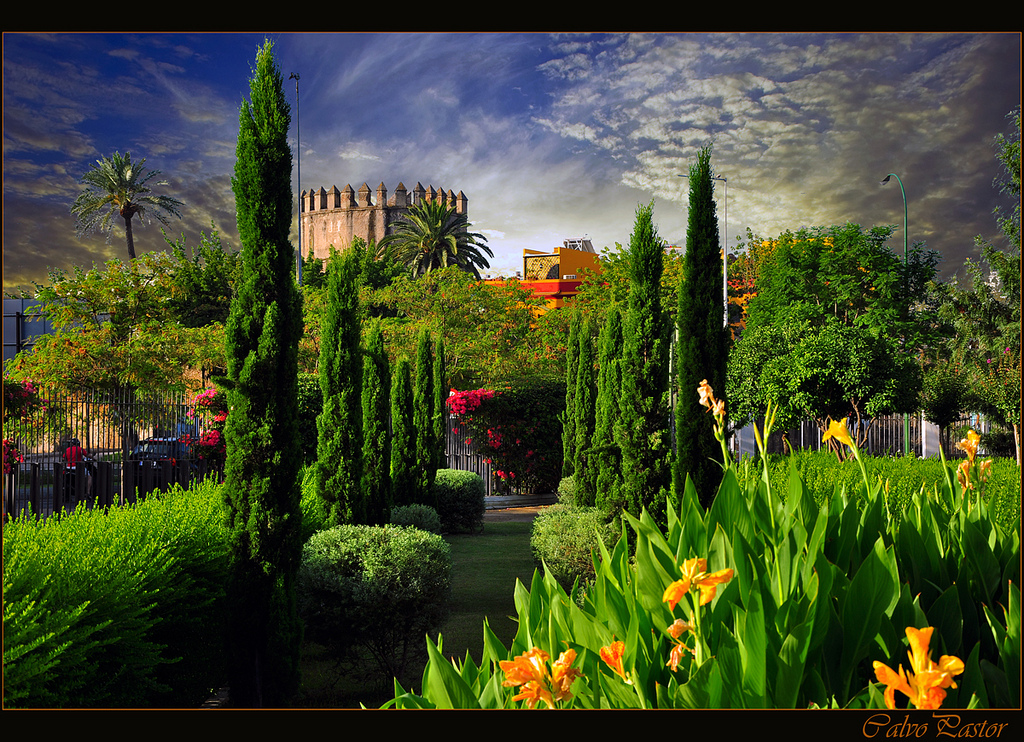 The birthplace of flamenco, tapas, and sherry, Andalucia boasts a variety of natural landscapes and a dizzying array of UNESCO World Heritage sites. A 10-minute train ride from Málaga Airport will take you to Torremolinos, one of the most popular LGBT destinations in Costa del Sol and all of Spain. An easy day trip from Seville, Cordoba or Granada, Torremolinos is a great seaside spot for swimming, golf and sports. They hosted Expo Gays 2012, bringing the region to the forefront of the world stage. 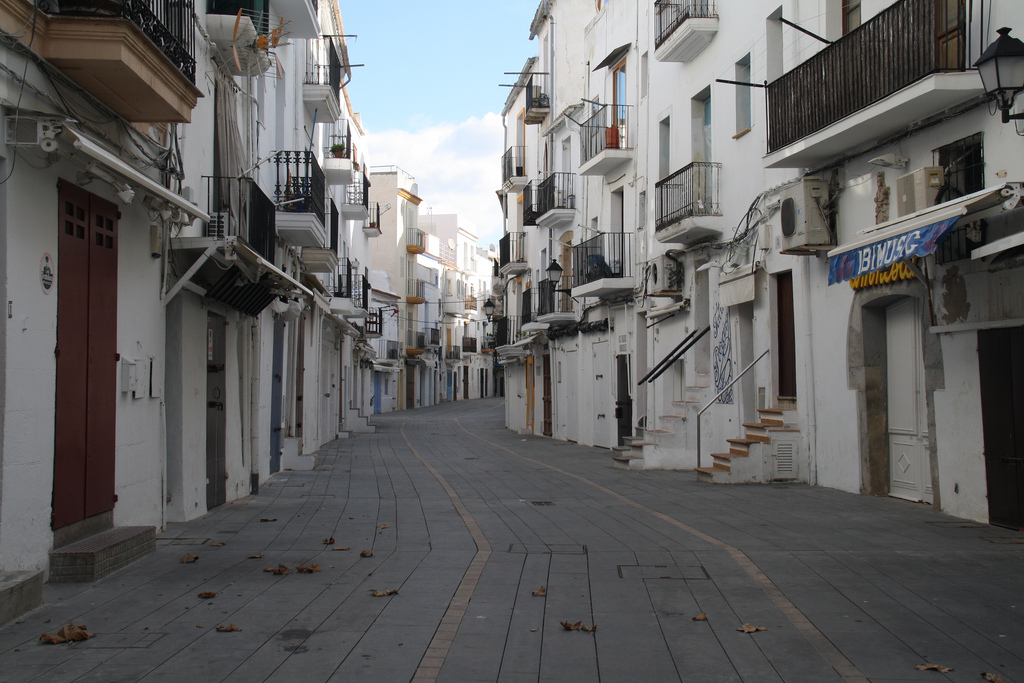 Formerly a Phoenician-Punic settlement during ancient times, Ibiza’s biodiversity and Renaissance walls are two of its most distinctive features, but globally most people know it better for its reputation as the party capital of the Balearic Islands and all of Europe. With a long-established LGBT scene in Dalt Villa, the Old Town, enjoy a wild night out with a backdrop of historically important archaeological marvels that translate into a rich cultural experience. 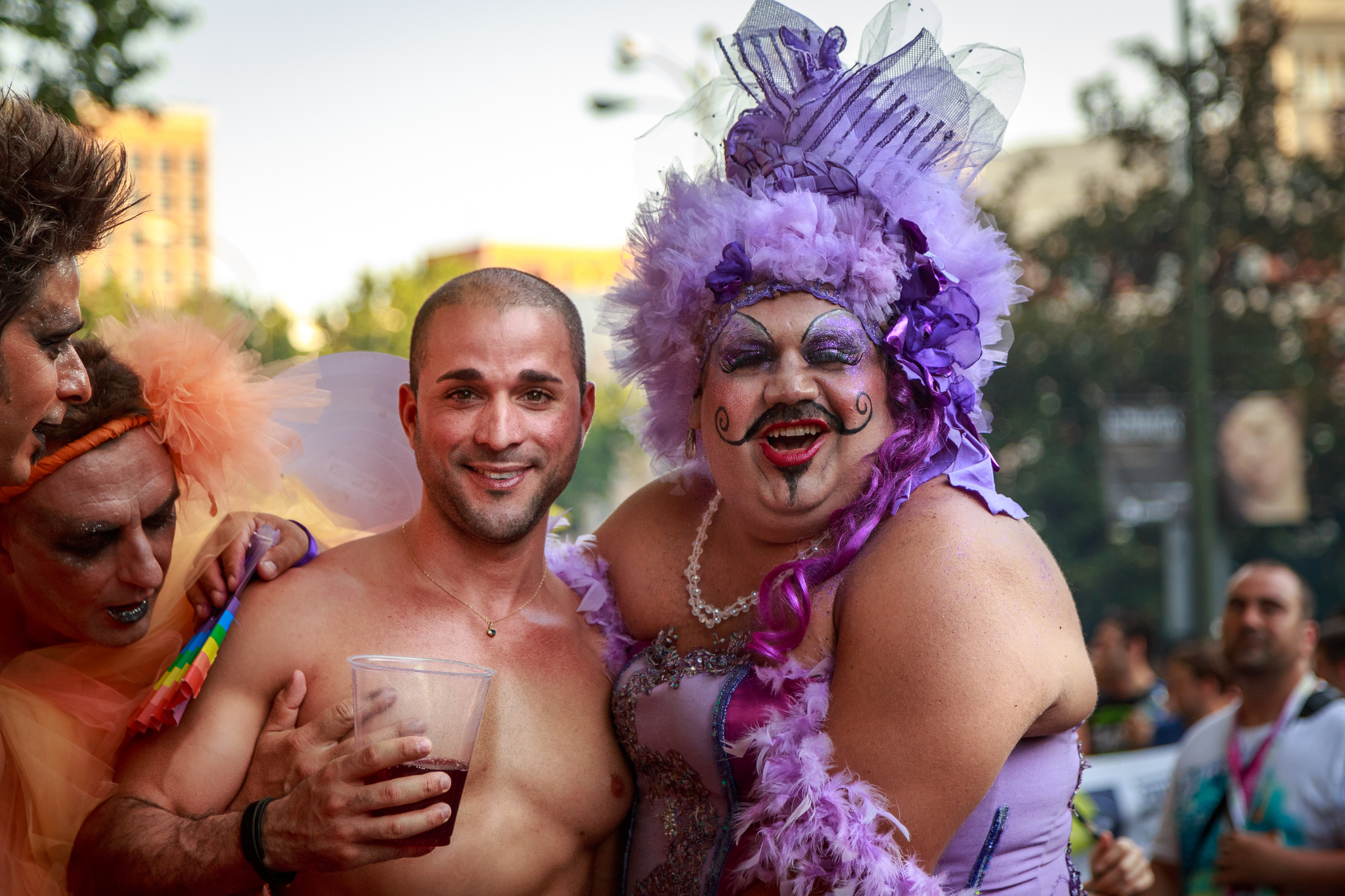 Over 1.5 million people attended the Gay Pride Parade in Madrid last year, making it one of the most popular gay events on the continent. Called Orgullo in Spanish, festivities are strewn all over the city. There is a massive outdoor party at the park of Lago, the opening speech at Plaza de Chueca and the main event stretching from the Puerta de Alcalá to the Plaza of Spain. The main gay neighborhood is called Chueca, which is centrally located and a great place to stay in the middle of all the action. 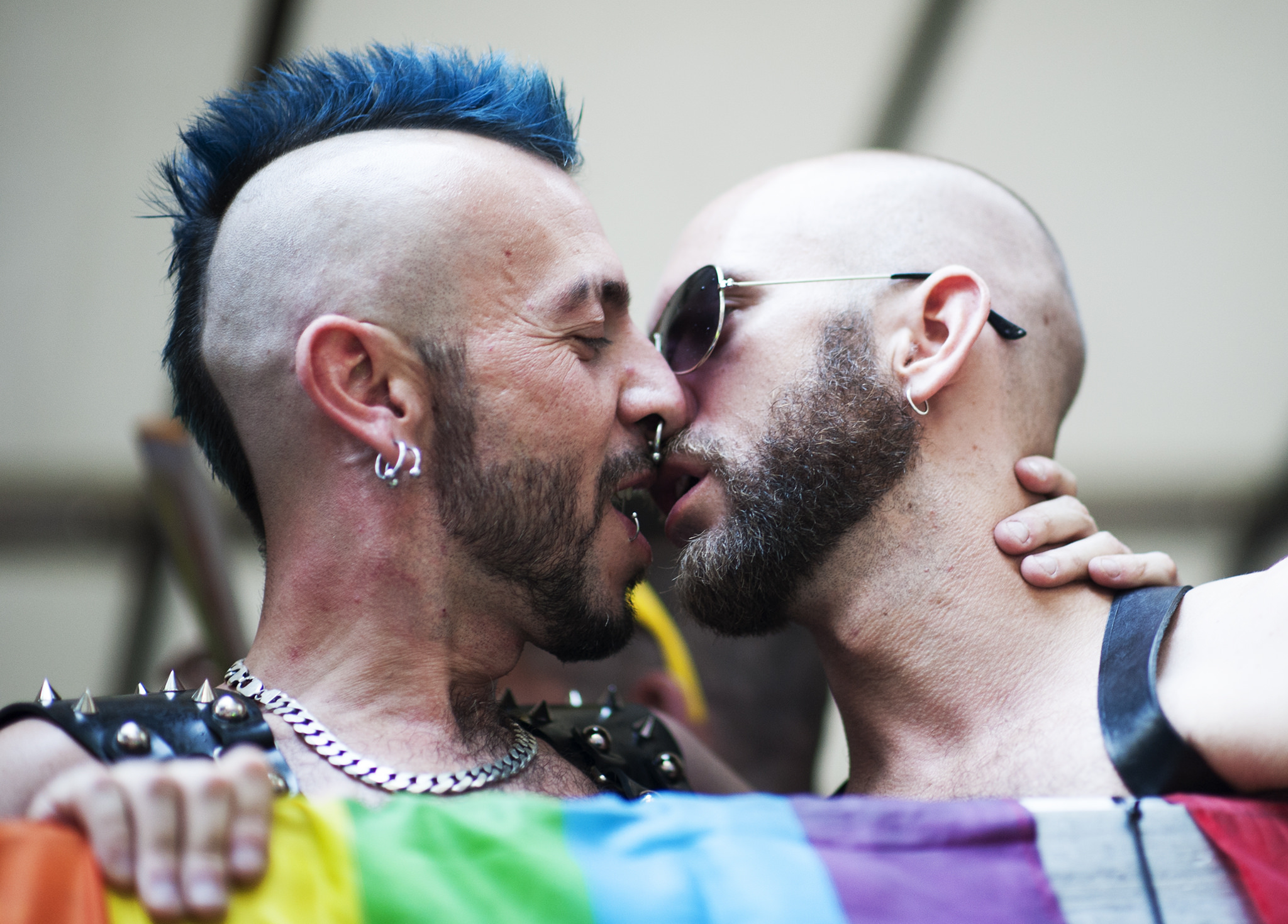 Madrid's Infinita Gay Week is another major event in the LGBT community and is touted as one of the best parties in the world. Lasting for seven days at the end of June/early July, live music performances, culture, films and club life are on display throughout the city. 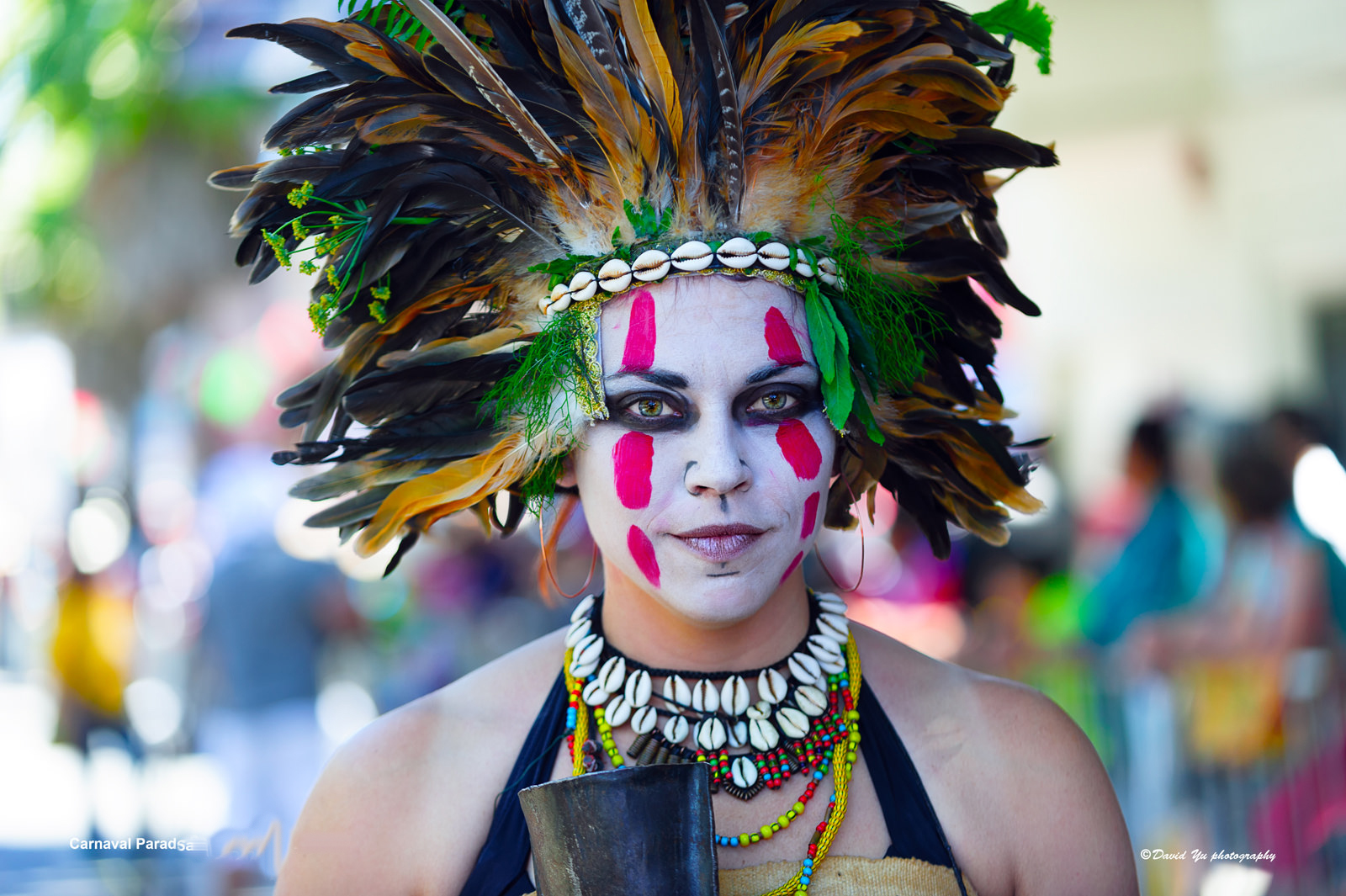 Taking place an hour outside of Barcelona in Sitges, this former 19th century artists´ colony was one of Dali’s favorite vacation spots and one of the most popular LGBT beach resorts in Spain. Head to Playa de la Bossa Rodona in the daytime and around Calle de San Bonaventura for fun after dark. Don’t forget to pack your most elaborate getups, masks and bedazzled outfits! 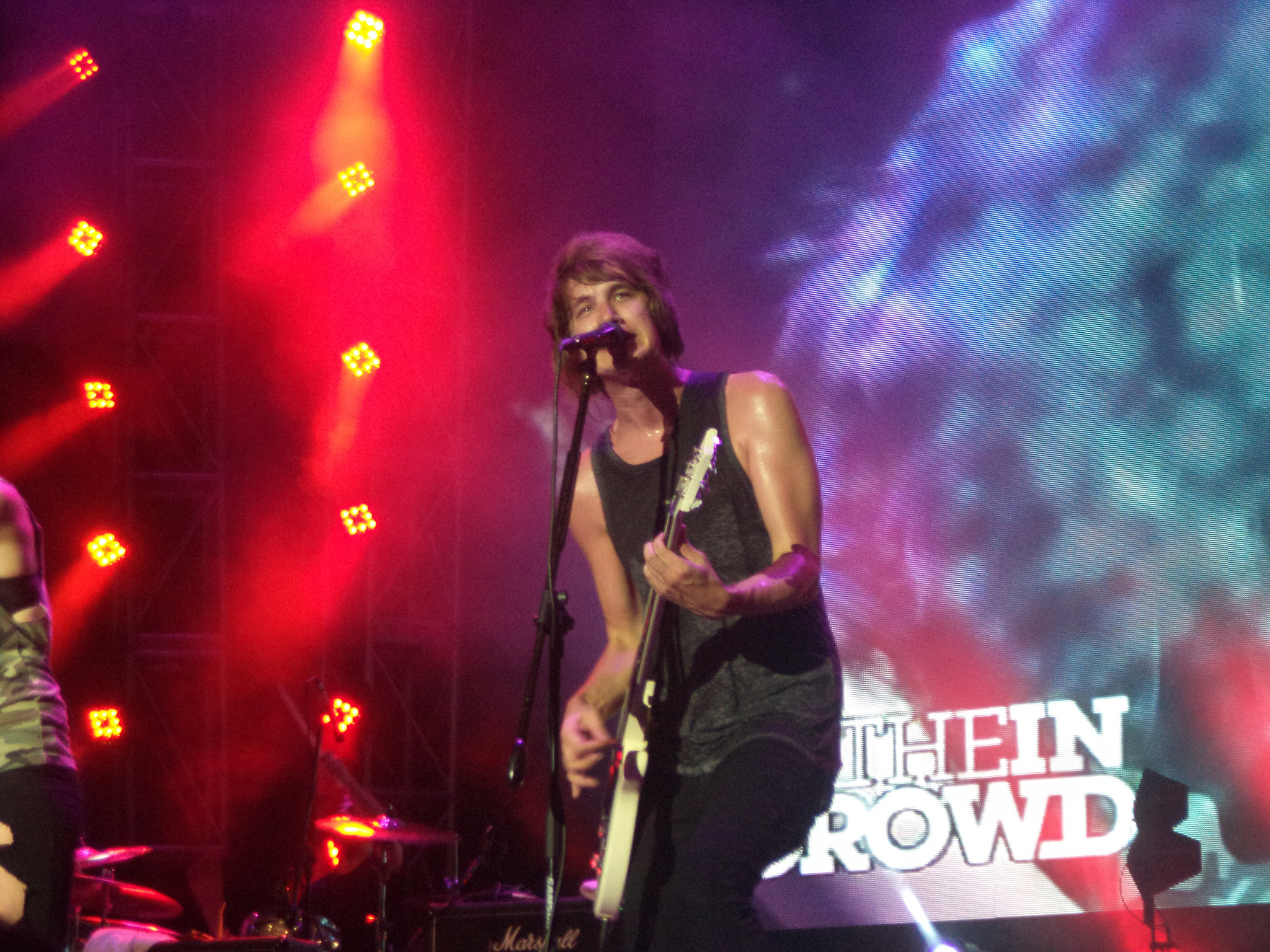 Barcelona’s biggest club event, Circuit sees 30,000 people and top international DJs flock to sunny Spain in August to party their you know whats off. Expect plenty of buff bods and tanned skin, especially on the last day for the all-gay, all-day water park event, and the La Leche party in Sitges on closing night.