Shopping Freaks: Where to Shop Like the Cast of American Horror Story

By Karen Dalton Beninato
Save

If you've seen the FX Channel's hit series American Horror Story, you've already cleared out room in your nightmare chamber for characters like Twisty the clown. First set in the Big Easy for last season’s Coven, this year, New Orleans is doubling as Jupiter, Florida, because show creator Ryan Murphy fell in love with the city and wanted to come back. When they're not fleeing evil clowns, minotaurs or angry villagers, the cast of American Horror Story is making the most of its French Quarter’s gloriously quirky shopping district.

Here are some spots anyone from a two-headed chanteuse to the dear departed Meep the Geek would love: 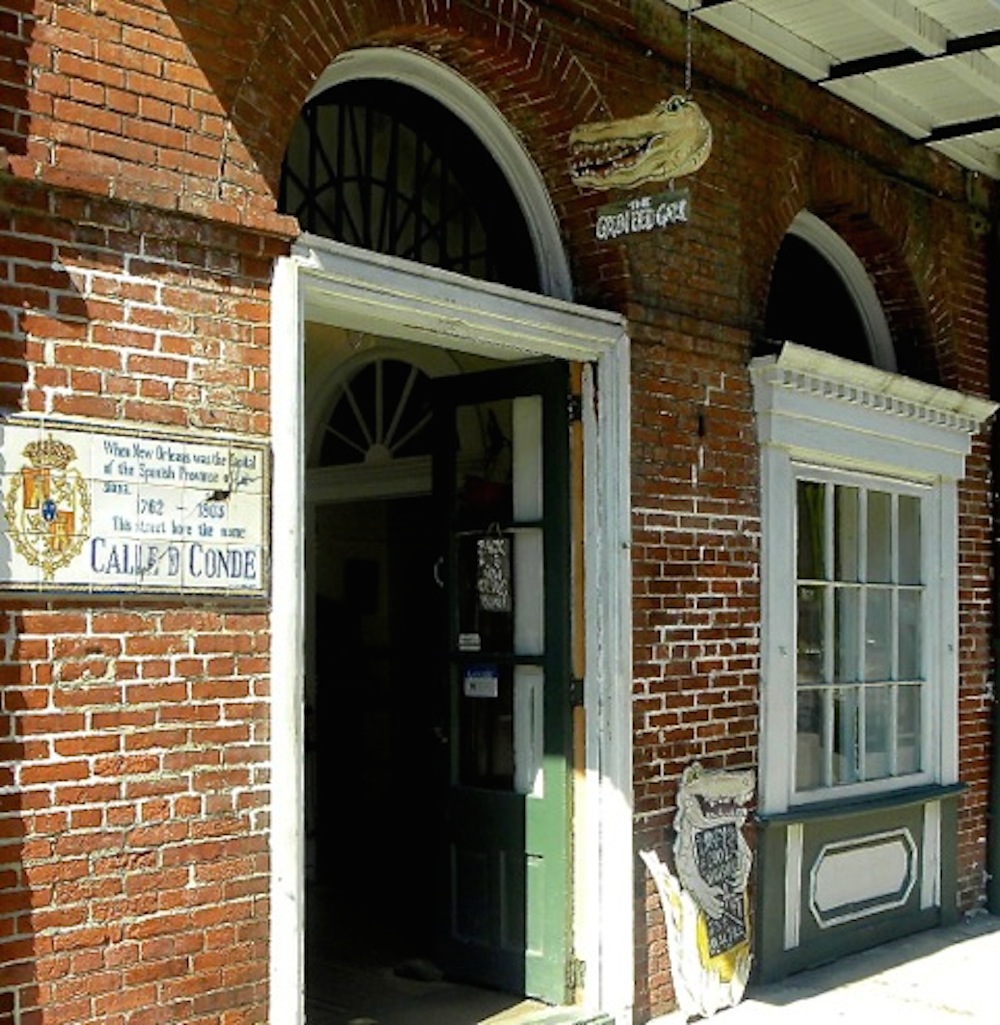 Where to Find Freakish Art

Green Eyed Gator art gallery at the corner of Chartres and Dumaine drew the eyes of AHS Freak Show stars Evan Peters and Emma Roberts, affianced in real life. Proprietress Shannon Kelley, an artist herself, said the couple browsed through oddities primarily from New Orleans locals, before purchasing a jack-in-the-box, despite its distinct resemblance to the clown in the show. A staple of the gallery is a large oil painting featuring a delighted Regan from the Exorcist celebrating her birthday. Aptly named “Your Mother Sucks C*cks in Hell,” it’s quite suitable for a Freak Show wall, as well. Doll art is also prevalent in the store, including Amber Leilani Middleton's two-headed porcelain beauty, reminiscent of The Sarah Paulsons from AHS. 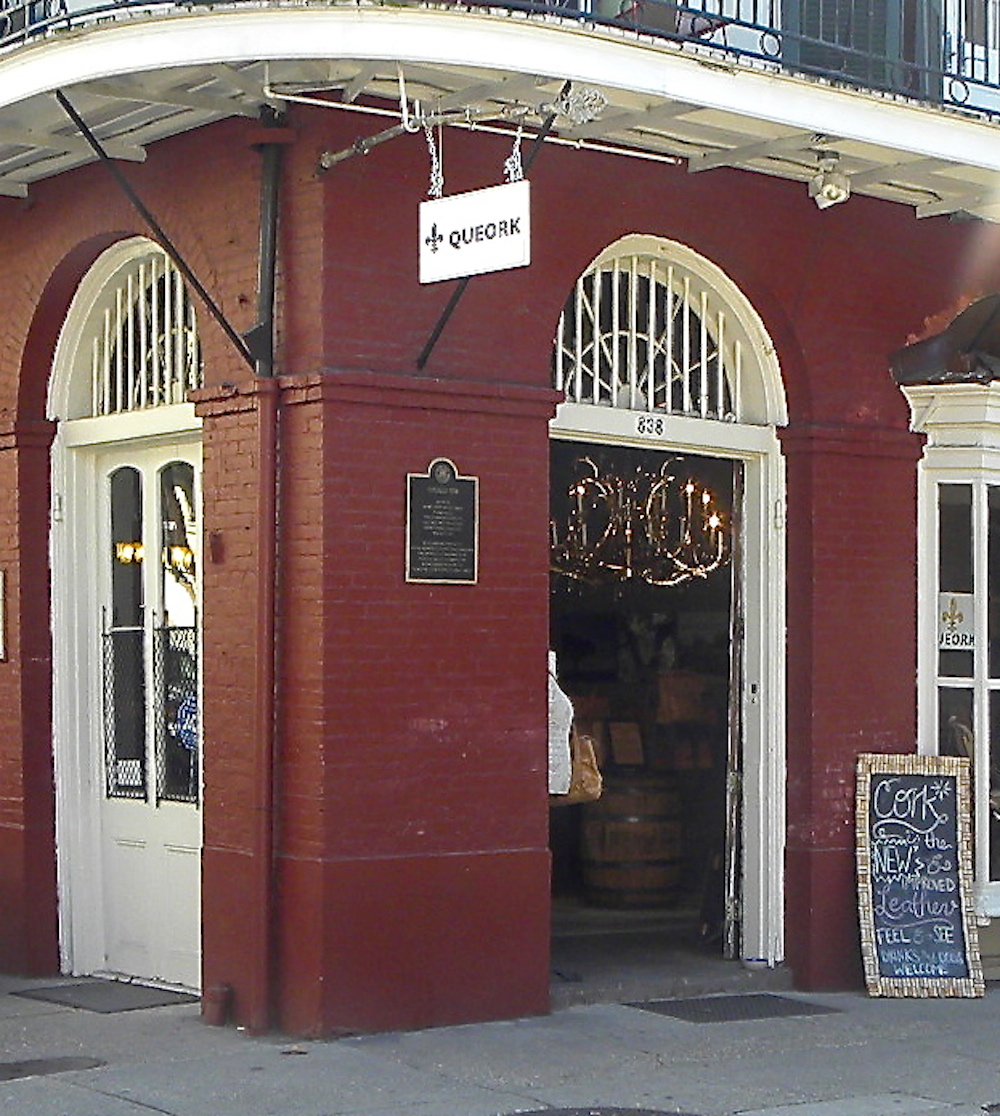 Purses That Could Survive the Apocalypse

If you'd like to snag an original cork handbag like the one Jessica Lange picked up from Queork on Chartres Street, take comfort in knowing that wherever you are, cork is waterproof, floats and is easily cleaned up with a swipe of a damp cloth. Mud, swamp water, clown makeup– what-have-you –comes right off. 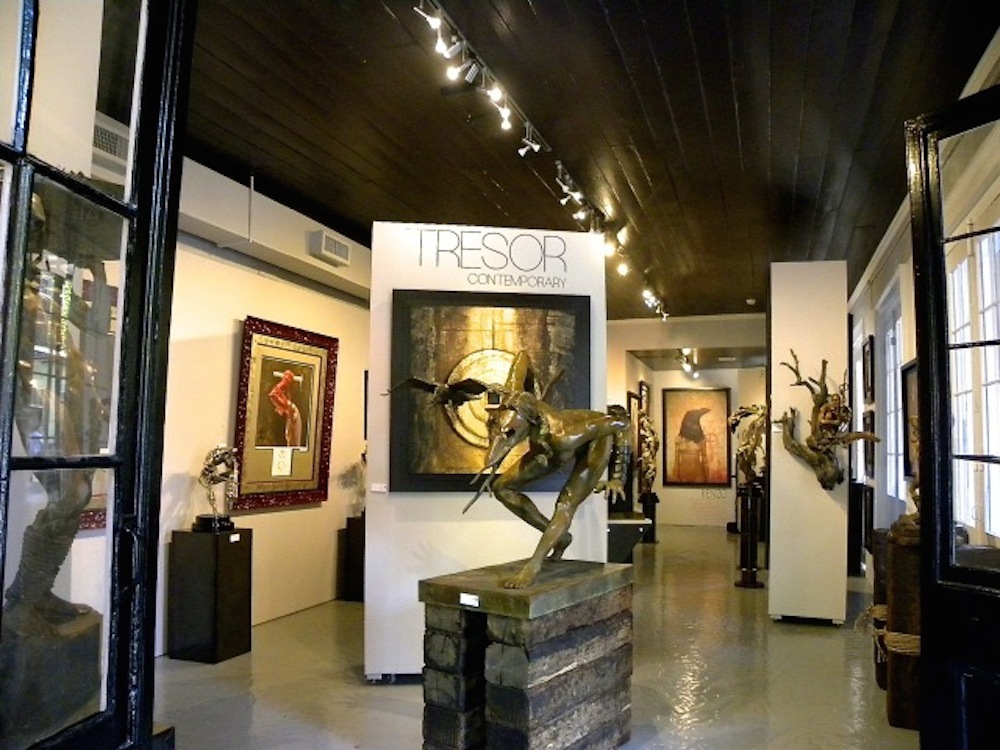 If you’re into an edgier look, check out the original artwork that Angela Bassett is a fan of at Tresor Gallery, now in two locations on Royal Street. Anyone who went from portraying a voodoo queen to a three-breasted woman would not steer you wrong. 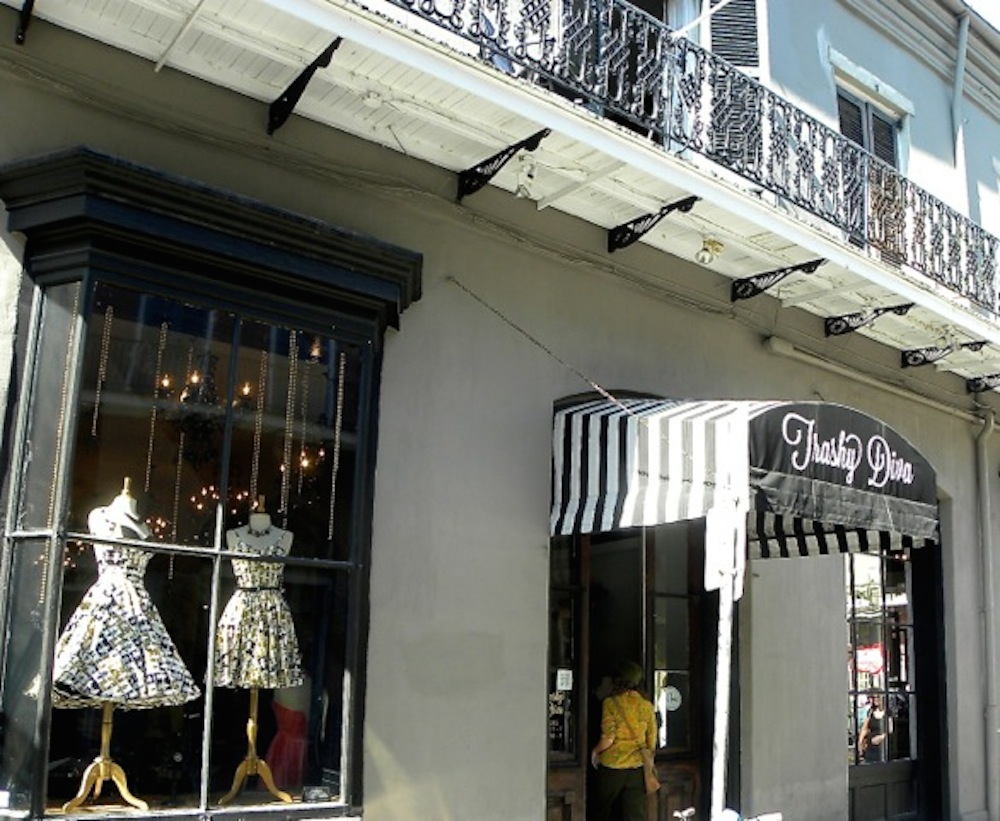 If you've been admiring the three-breasted corset sported by Bassett, and why wouldn't you, browse lingerie with at least 2/3 as much support from Trashy Diva which has multiple locations in the French Quarter. The shop is a go-to source for the AHS costume department. 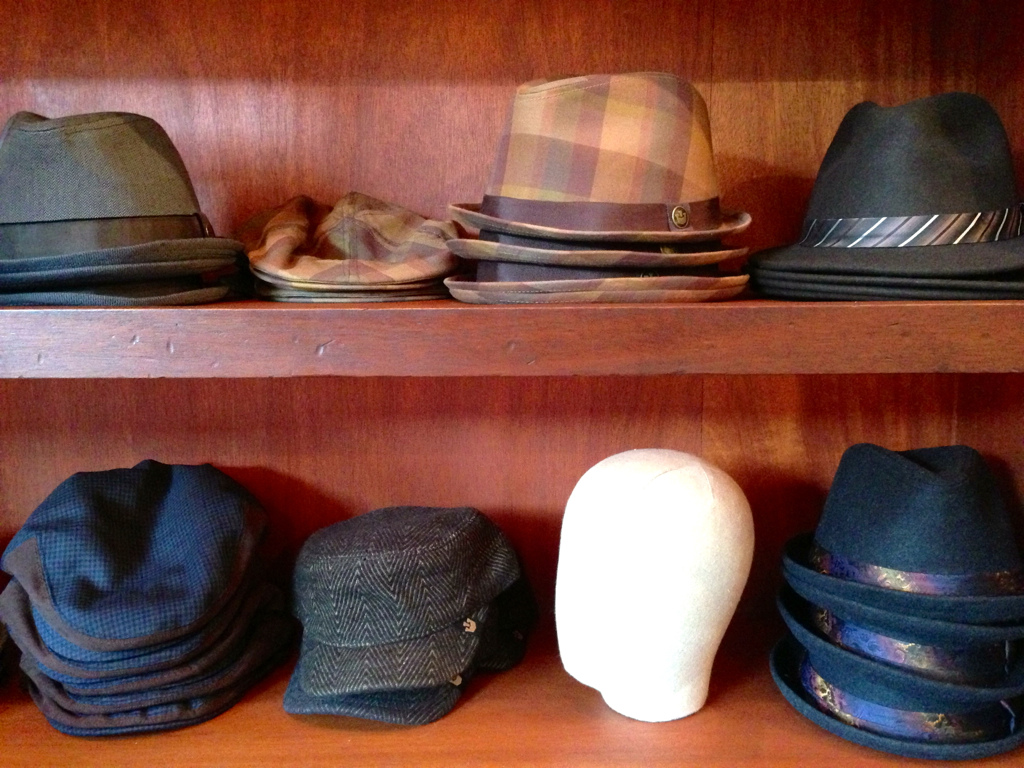 Step into a be-feathered world and browse millinery at Fleur de Paris, befitting of any socialite family like Dandy’s. Located on Royal Street, gents can head down the street to Goorin Brothers for haberdashery that suits a star turn under the Big Top. 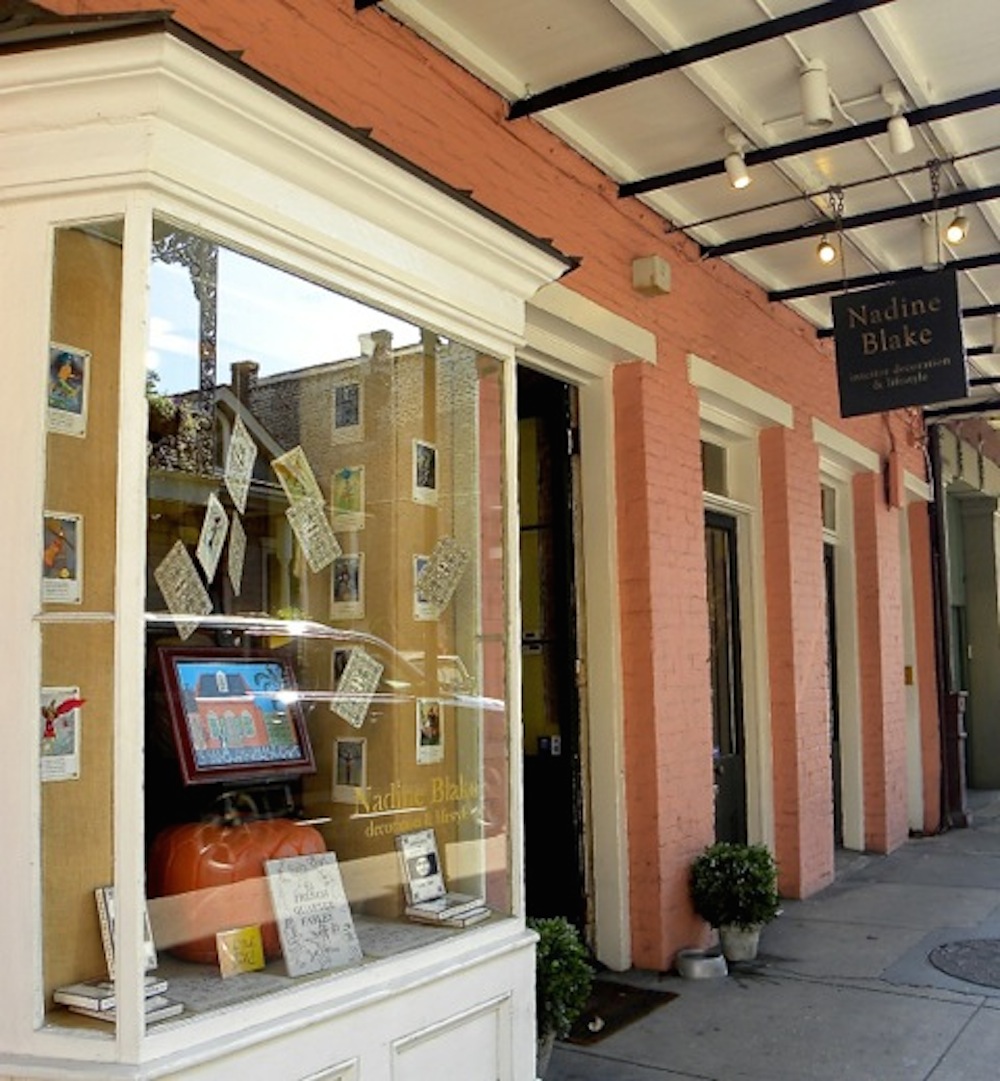 Pretty on the Inside

It's not all dress-up and scaring the daylights out of children. When you're looking for offbeat interior décor with an international vibe, head to Nadine Blake Designs on Royal Street, popular with the American Horror Story cast. Her current window features Dalt Wonk's whimsical French Quarter Fables, watercolor dreamscapes that would find a home on any Ryan Murphy set.

New Orleans: The Most Haunted City in the Country?

Creole, Cajun and Crawdads are Must-Eat Meals in the Big Easy

http://www.karendaltonbeninato.com
Join 100k like-minded travelers by subscribing to iExplore
Join with Email
RECOMMENDED FOR YOU