It's no secret Europe is positively brimming with holiday cheer in November and December each year. But with so many Christmas markets scattered across the continent, how do you choose? While Germany's Christmas markets are the crowd favorites each year, the rest of Europe humbly hosts quaint markets unbeknownst to anyone but locals. Featuring traditional crafts, small crowds and spectacular scenery, we've chosen to recognize those Christmas markets this year. From Estonia to Switzerland, Frankfurt lookalikes and modern amusement park rides, these eight European Christmas markets are worth seeking out this holiday season. 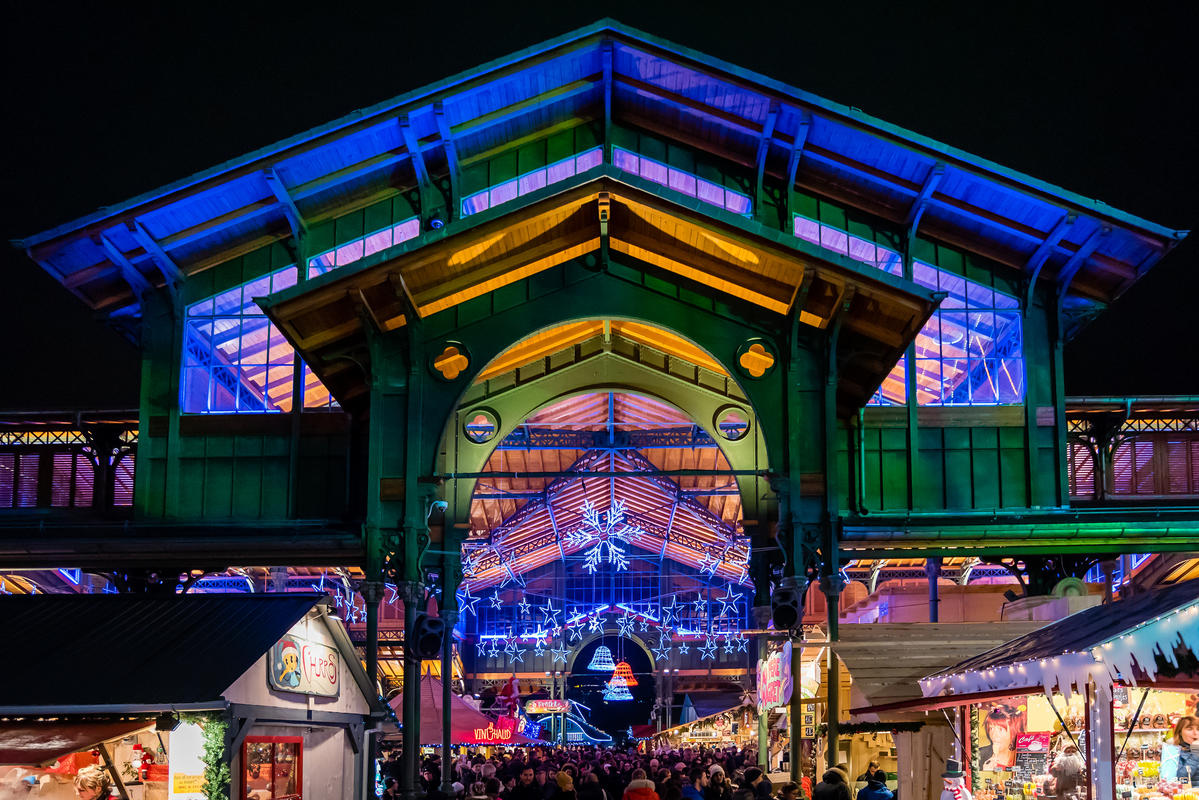 In terms of location, there's no Christmas Market pretty than the one in Montreux. Situated beside the glimmering waters of Lake Geneva with the Swiss Alps in the background, the Montreux Christmas Market is considered one of the largest — and most beautiful — in Switzerland. Featuring more than 150 chalets selling artisanal goods, the Montreux market has an atmosphere few other European markets can replicate. The best time to get to the market is in the early evening hours when Santa Claus and his reindeer take flight over the lakeshore to spread holiday cheer. 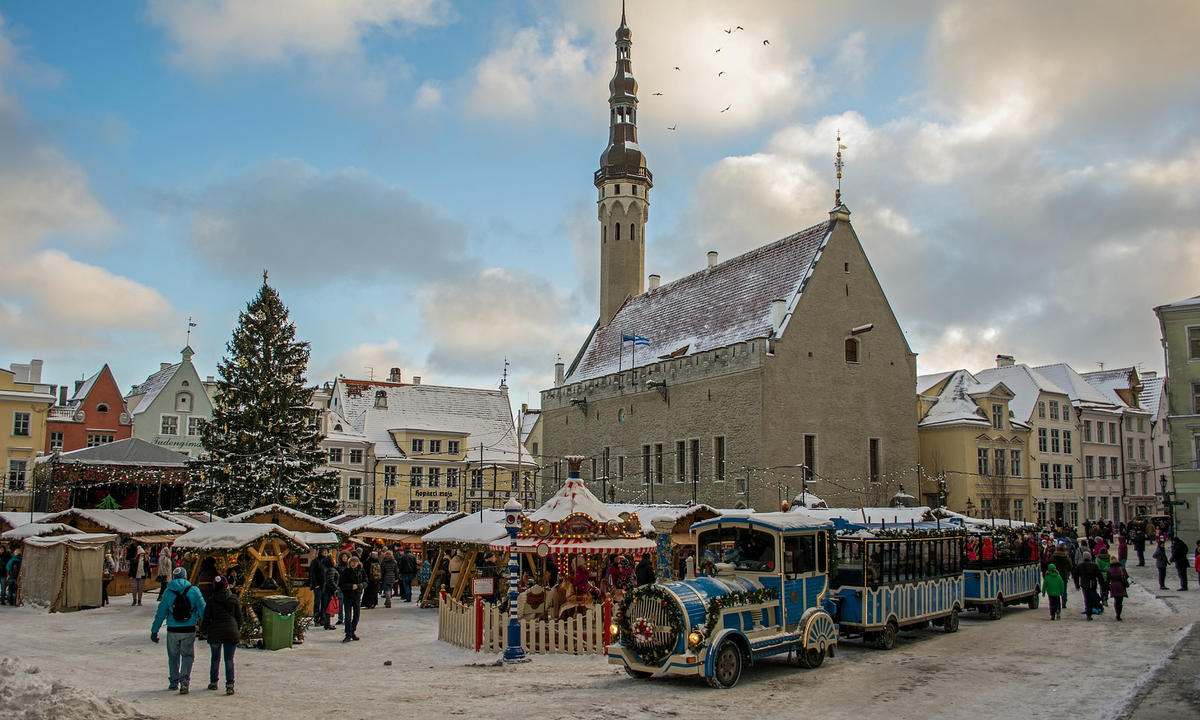 If you're looking for a truly classic Christmas market without battling tons of crowds, Tallinn's small — but quaint — Christmas Market is sure to delight. Situated in the middle of its UNESCO-recognized town square, red and white striped stalls are dolled up in green garland across historic cobblestoned streets. Glistening white lights are creatively strung from one corner of the city center to the next in a web-like formation, creating a whimsical effect that's only accentuated by a dusting of snow and the centuries-old building in the background. It's a setting reminiscent of Christmas past for good reason. Tallinn was the first country in Europe to display a Christmas tree in their town square way back in 1441; however, the actual market itself didn't open until the early 1990s. True to form, you can still find the city's most prized possession: a stately Christmas tree at the center of the market today. Vendors sell traditional Estonian fare, such as black pudding, sour cabbage, gingerbread and hot Christmas beverages well into the Christian New Year. The Tallinn market stays open until mid-January per the Julian calendar of the Russian Orthodox Church. 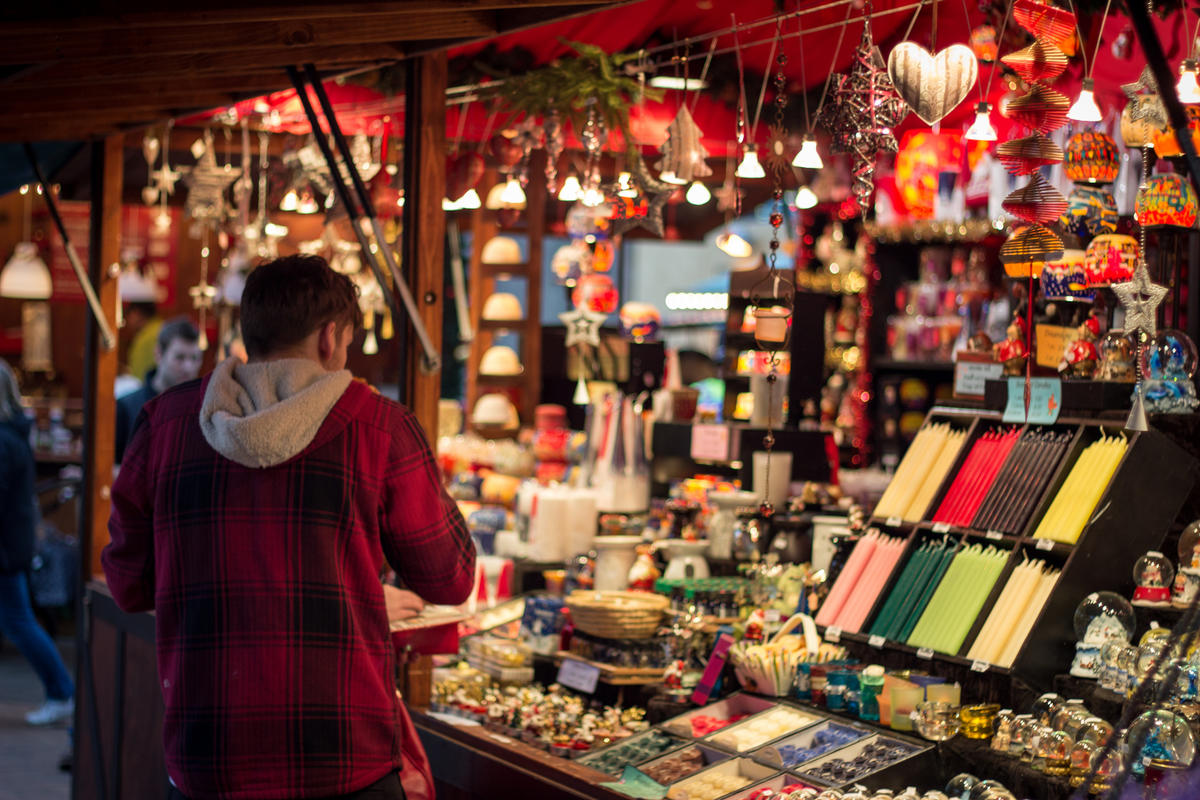 While London is absolutely iconic during the Christmas season, its neighbor to the north offers stiff competition. Thanks to a partnership agreement with Frankfurt, Germany, in 1966, Birmingham's Frankfurt Christmas Market is now the largest — and most authentic — German Christmas Market outside of Germany. The market features traditional gluhwein and Christmas stollen alongside locally-sourced artisanal goods, offering a hefty dose of British flair to the mix. Located in the heart of Victoria Square, the Birmingham Frankfurt Christmas Market spreads outward toward New Street, Centenary Square and Chamberlain Square with more than 150 stalls (and counting). If you're looking for an out-of-the-box yet strangely traditional Christmas market to enjoy, Birmingham is the city for you. 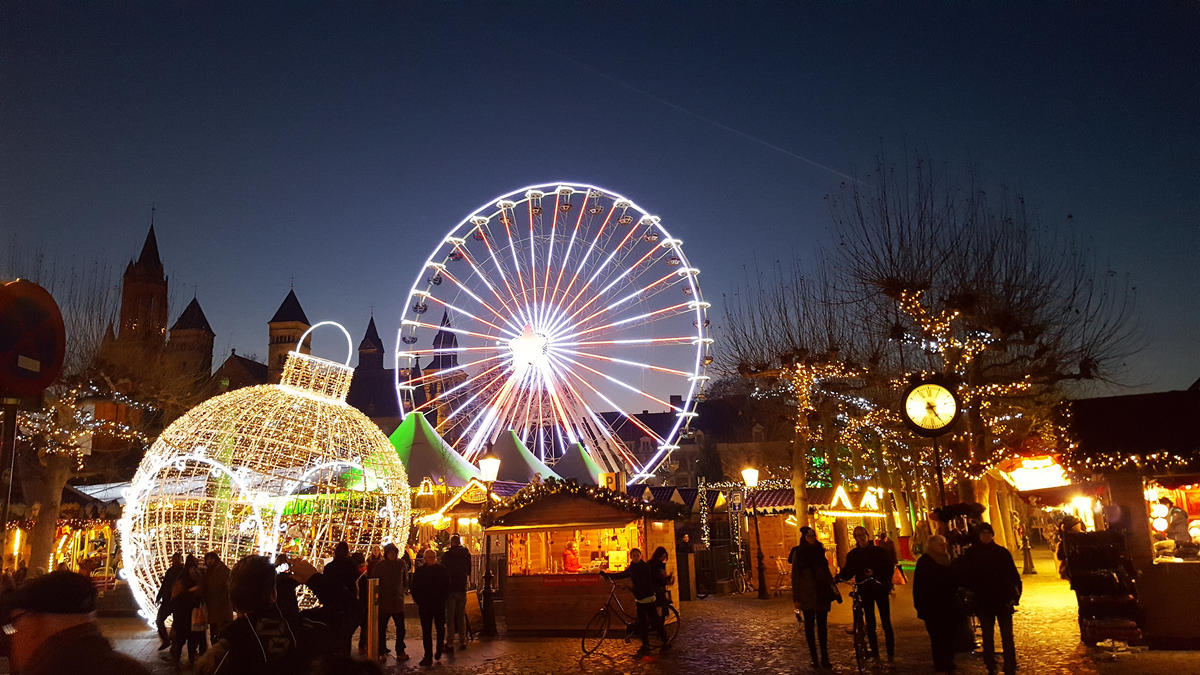 Dubbed “Magical Maastricht” for its light displays and penchant for dangling mistletoe, the city Maastricht positively comes alive during the holiday season. For the best perspective of the lights, vendors, and ice rink in Vrijthof Square, grab a seat atop the glowing Ferris Wheel just as dusk is settling in and the lights begin to reflect against the buildings and streets. The focal point of the market comes just off the main square and along the Light Path that winds through the historic district of the city, illuminating the cobblestone streets and quiet canals of the river along the way. We recommend grabbing a glass of creamy advocaat (picture eggnog, but thicker) and satisfying your sweet tooth with a bag of pepernoten, delicious cinnamon cookie bites, as you mosey around. 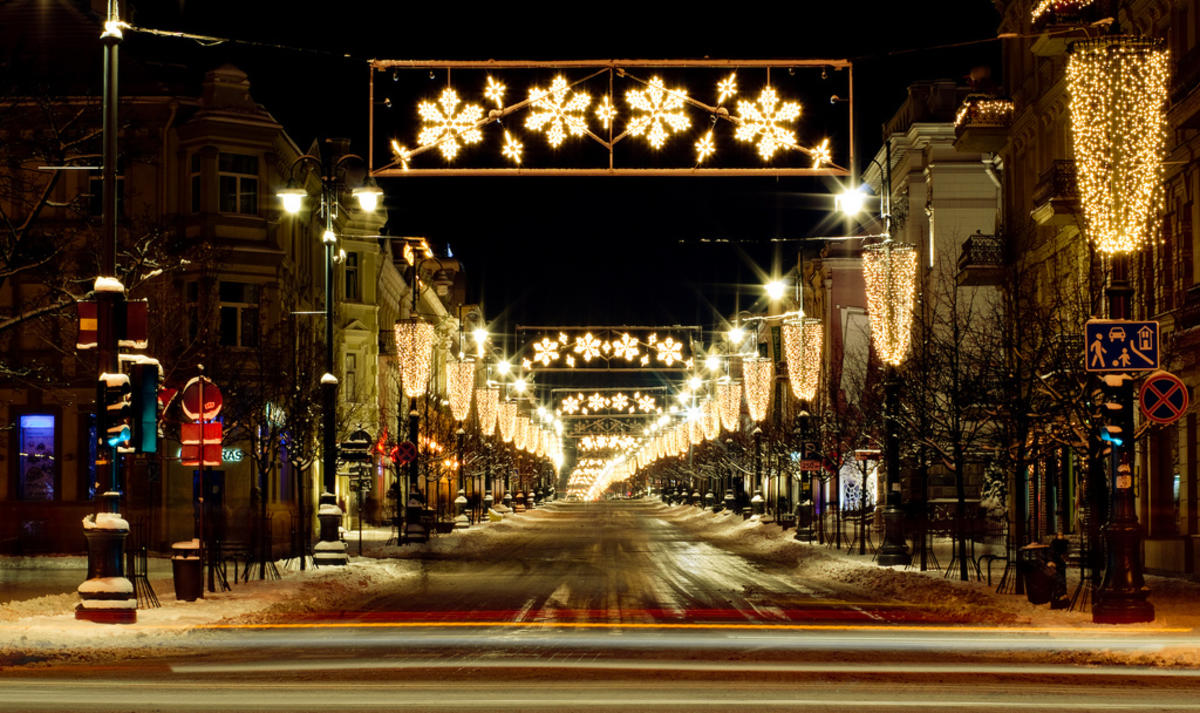 With a 70,000-bulb 2017 Christmas tree so bright it can be seen out your airplane window as you descend toward the airport, the often overlooked country of Lithuania is a bucket-list worthy country with plenty of Christmas spirit, especially in its capital city. Not only can you find exquisite handcrafted goods at one of the 48 stalls at the Vilnius Christmas Market, but you can also find huge 3D displays flashing across some of the finest buildings in Europe. With a charity fair in the square and carnival games in the Bernardinai Gardens, virtually every corner of the capital city gets in the holiday spirit. Between the irresistible sweet treats and the decorative displays featured across the city, Vilnius creates an infectious holiday atmosphere that will keep you in the spirit will into the New Year. 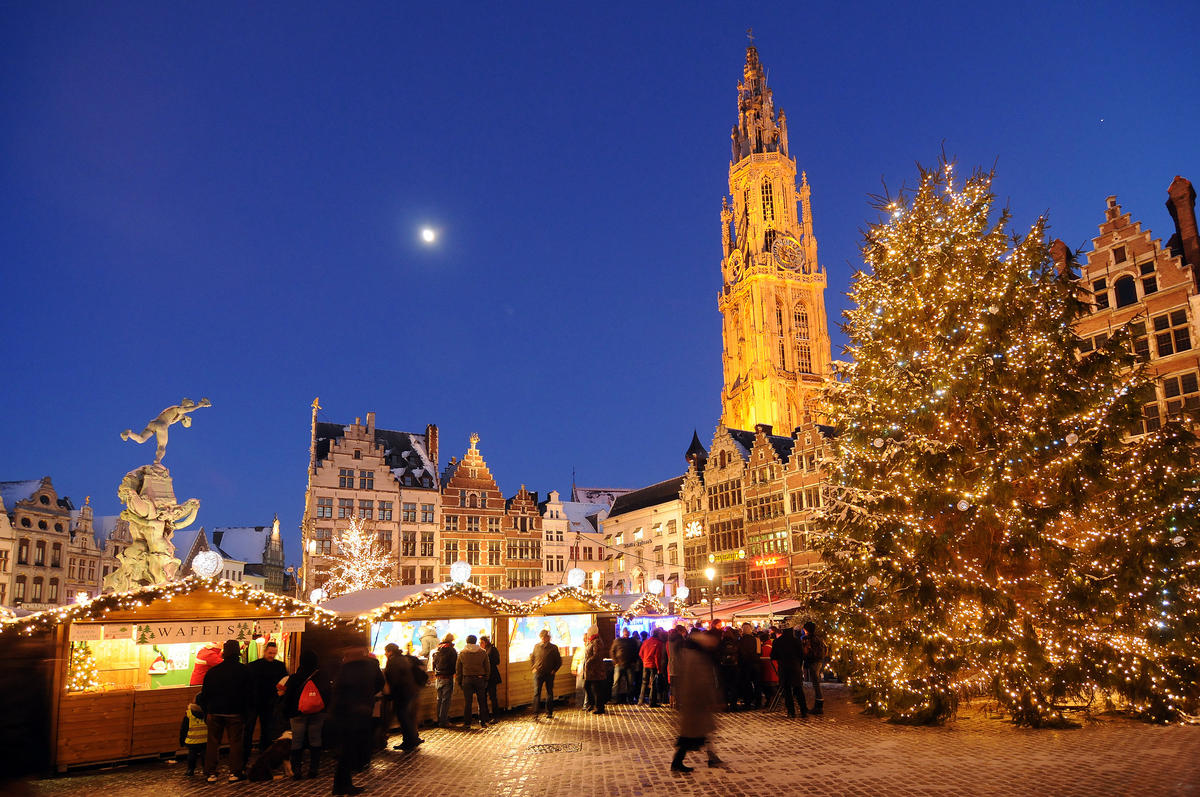 As if Belgian waffles and chocolate weren’t enough reason to head to Belgium, the country puts on an exceptional Christmas jubilee to help inspire holiday cheer to all. Not only is there beautiful historical buildings intricately lit up throughout the city, but a gallantly decorated tree to top it off. Wander around the snow covered city center, absorbing the festive enthusiasm of the locals shopping for their loved ones. Soak in the sounds of soft holiday tunes jingling, communal chatter, and kids laughing in merriment as you sip on Glühwein, a Belgian version of mulled wine and Antwerp’s market specialty. When the winter cold nips at your nose, venture into the winter bar to warm up by a roaring fire. 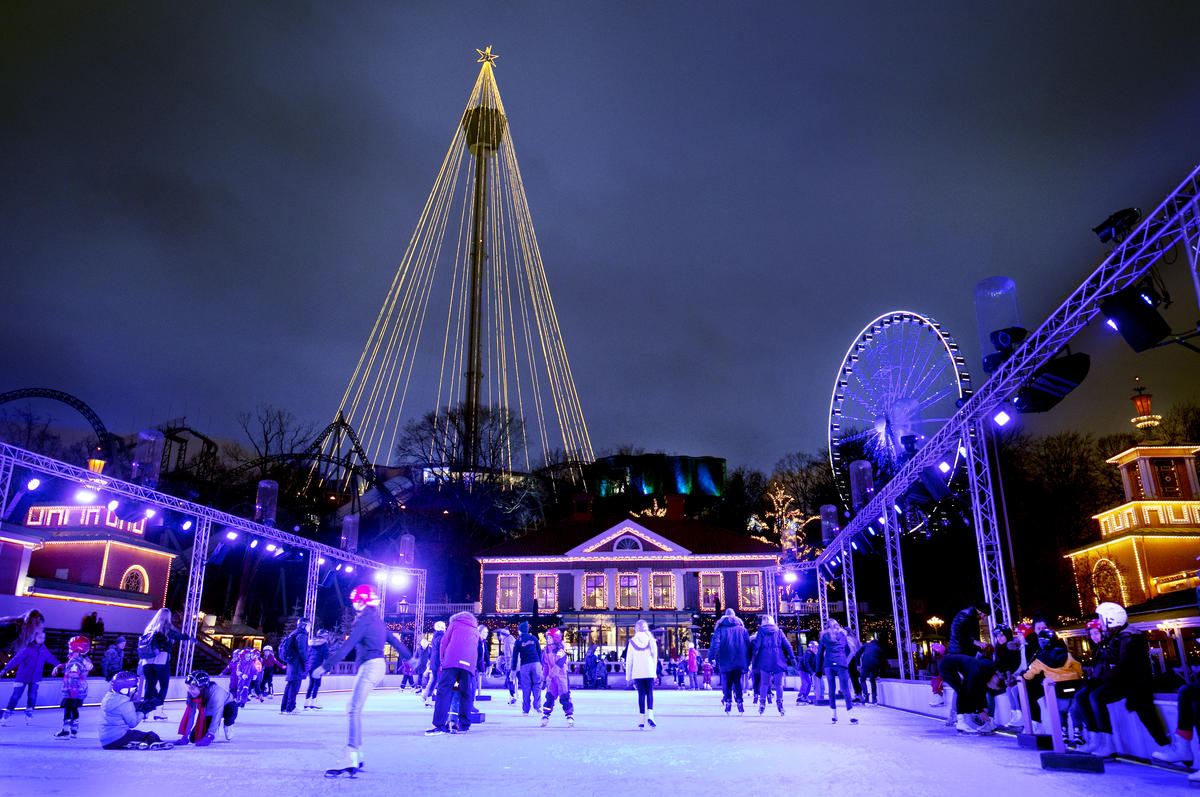 Sweden's second-largest city is renown for its Michelin-starred restaurants and bustling neighborhoods. We didn't think it could get any better, but then we discovered that Christmas is the most magical time of the year in Sweden thanks to our friends at Travel Mindset. Sweden's "Christmas City" includes numerous markets throughout its districts — the largest of which is located at Liseberg Amusement Park, the most visited amusement park in Scandinavia. Featuring more than five million lights, the huge festival draws in 500,000 visitors each year. In addition to its rides, there's a Nutcracker ice skating performance, 80 vendor stalls to peruse, and a special Paddan Christmas Tour through the city's canal system. 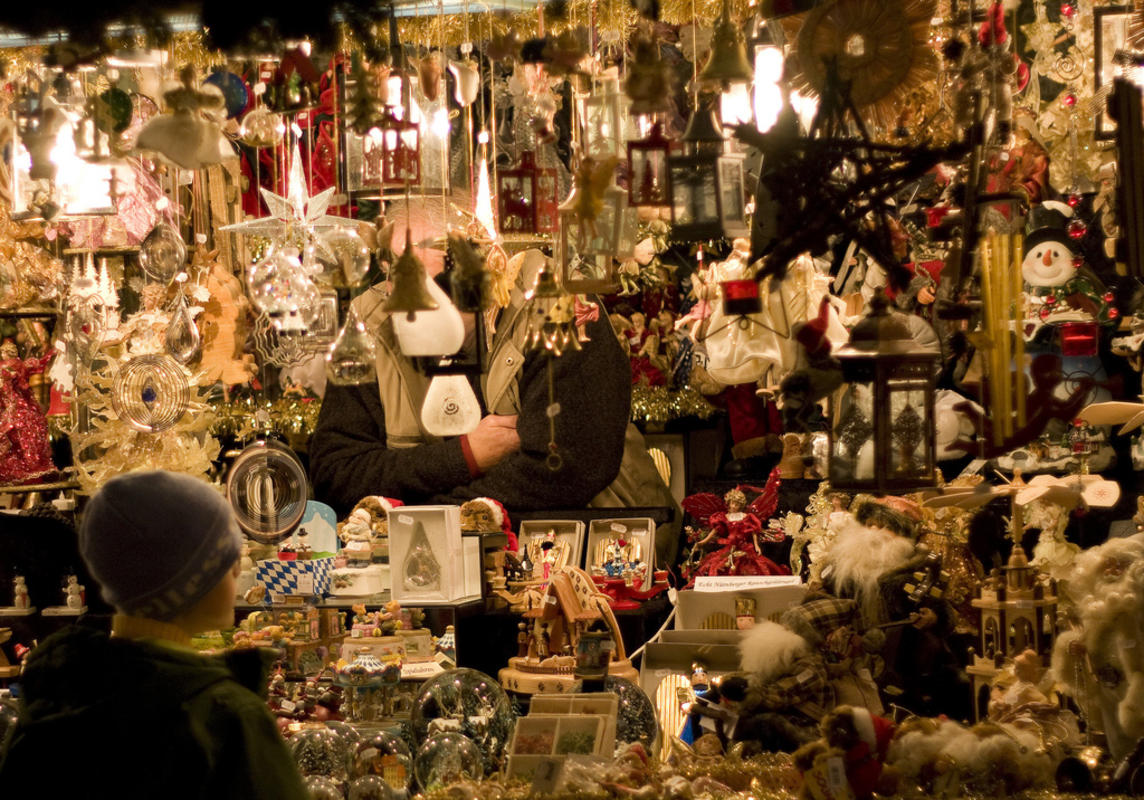 Germany's old towns are a history buff's dream and it's penchant for adorning them in colorful lights and garland makes them absolutely irresistible come December. While the country's oldest Christmas Market is in Dresden, it's the medieval charm found within Nuremberg that strikes our fancy. Though first mentioned in texts in 1628, historians venture the Nuremberg Christkindlesmarkt is much older. Today at least 30 of the 180 wooden stalls date back to the late 1800s and the hallmark Christmas treat is city's famous gingerbread, which has been prepared by local bakers for at least 600 years. Traditional wooden toys and visits from fabled Christkind make this market a must visit.

Life is a journey. Enjoy the ride.

www.khamsahmarketing.com
Join 100k like-minded travelers by subscribing to iExplore
Join with Email
RECOMMENDED FOR YOU