By Nina Ragusa
Save

Southeast Asia is a dream destination for many holiday-goers. Most of the countries are very cheap to travel around and offer inspiring, intriguing, and fascinating places with endless beauty in each and every one. With that said, they also boast some of the world's oddest, creepiest, and most bizarre sights, terrain, and attractions. These spots are something that even the wildest mind will have a hard time conjuring up. The best part, though? Despite a total absurdity and weirdness, the beauty still shines brightly through.

Check out these 10 spots in Southeast Asia where you will be blown away by the beauty and the bizarre. 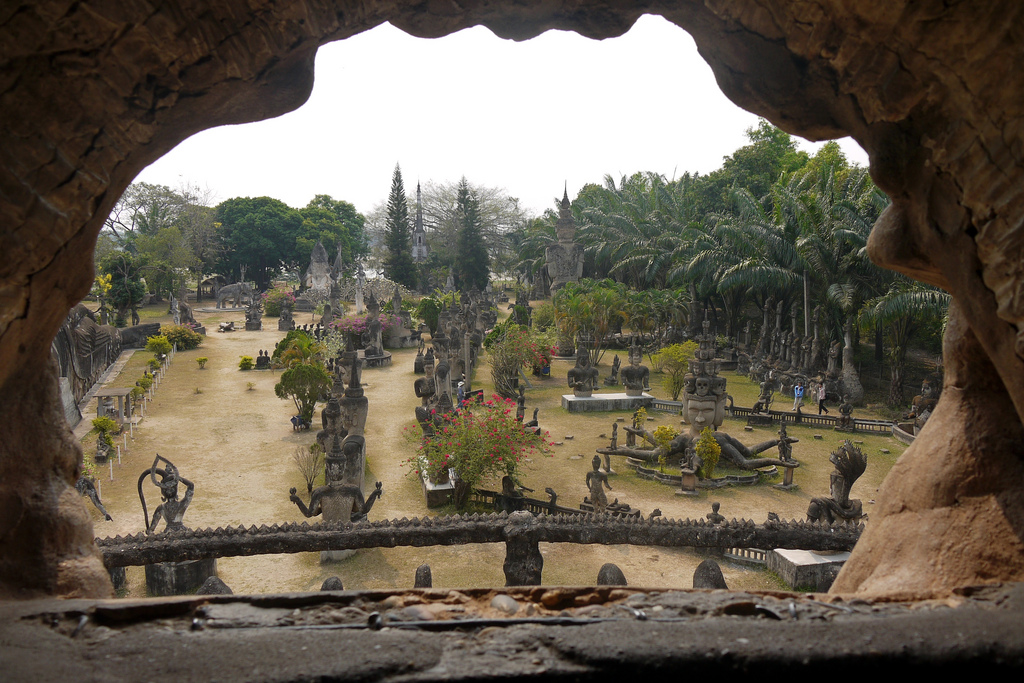 The least weird on the list, this sprawling garden is flanked by random Buddist and Hindu statues that are an eclectic mix of gods, goddesses, animals, and other shrine-worthy figures. Alligators, multi-faced Buddhas, and king nagas are grouping together to make an awning, and there's a huge spherical structure to climb that offers a good view of the entire scene. Erected in 1958, the park is set on a river with views of neighboring Thailand just across the way. 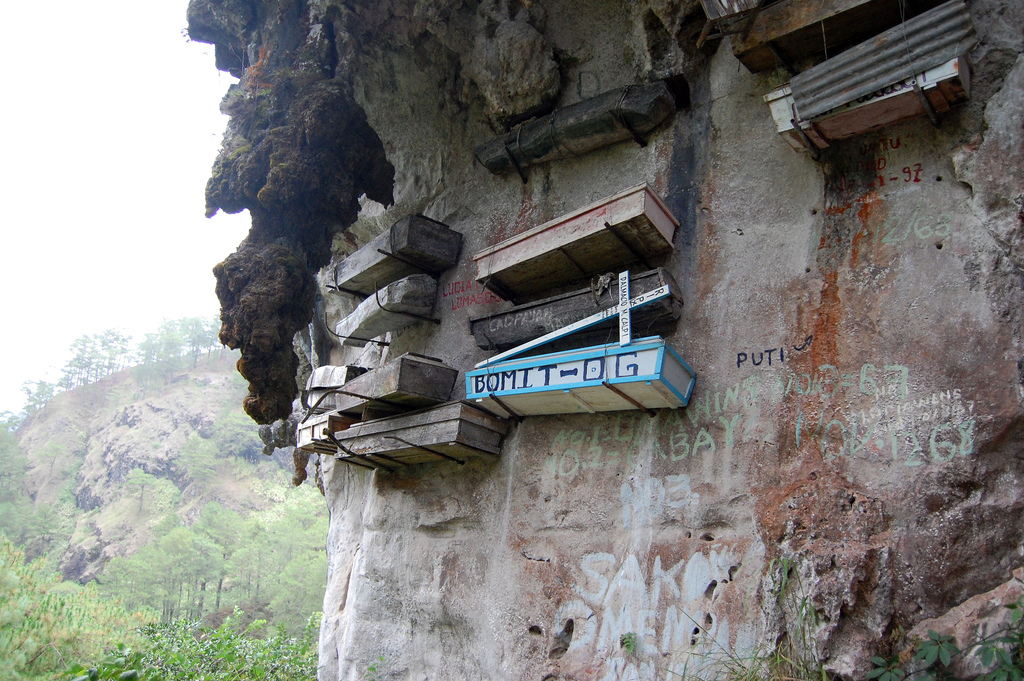 The name says it all -- and the Filipinos aren't known for being coy. There are literally hanging coffins here, folks! Come and see this bizarre attraction in the sleepy, charming town of Sagada. It's set up in the Cordillera region of North Luzon, famous for its spectacular vistas of the UNESCO World Heritage rice terraces. People come to the area to wander the narrow pathways that make up the Banaue and Batad, and then flock to Sagada for solace. You must first maneuver through the trees and foliage of Echo Valley for about 15-minutes until you reach a massive rock with the precariously hanging coffins. 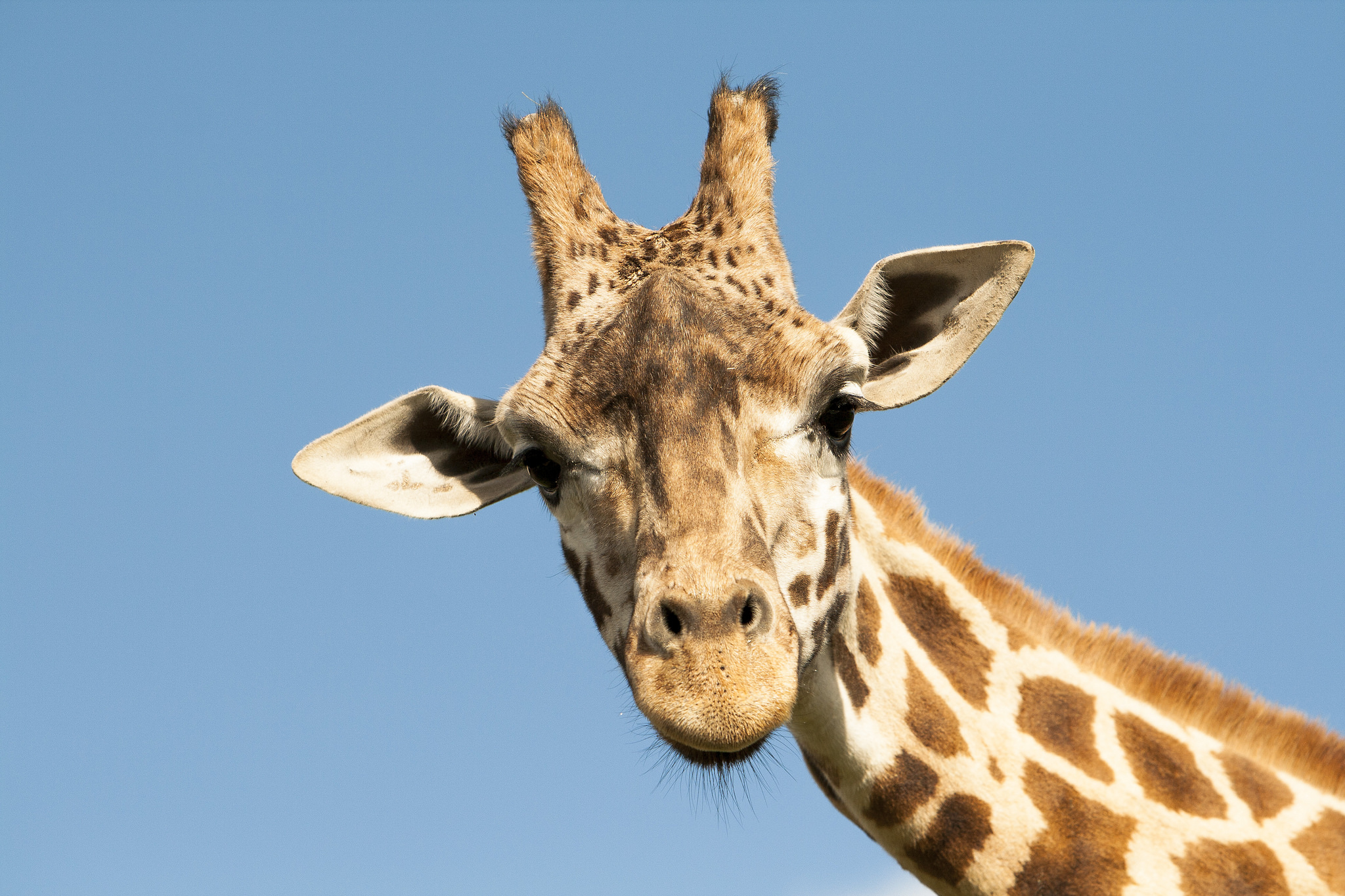 Zebras, giraffe, waterbuck, crocs, wild pigs, and impalas. What continent does this sound like? Africa would be the smart guess, but somehow, these animals found their way to the Philippines. Well, we won't make it seem like they swam all the way to Calauit Island, they were actually transported here for safety during the Kenyan war and drought. This wildlife sanctuary still houses these endangered species today and was officially declared a game preserve and wildlife sanctuary in 1977. It's a great way to take a trip to Africa without leaving Asia! 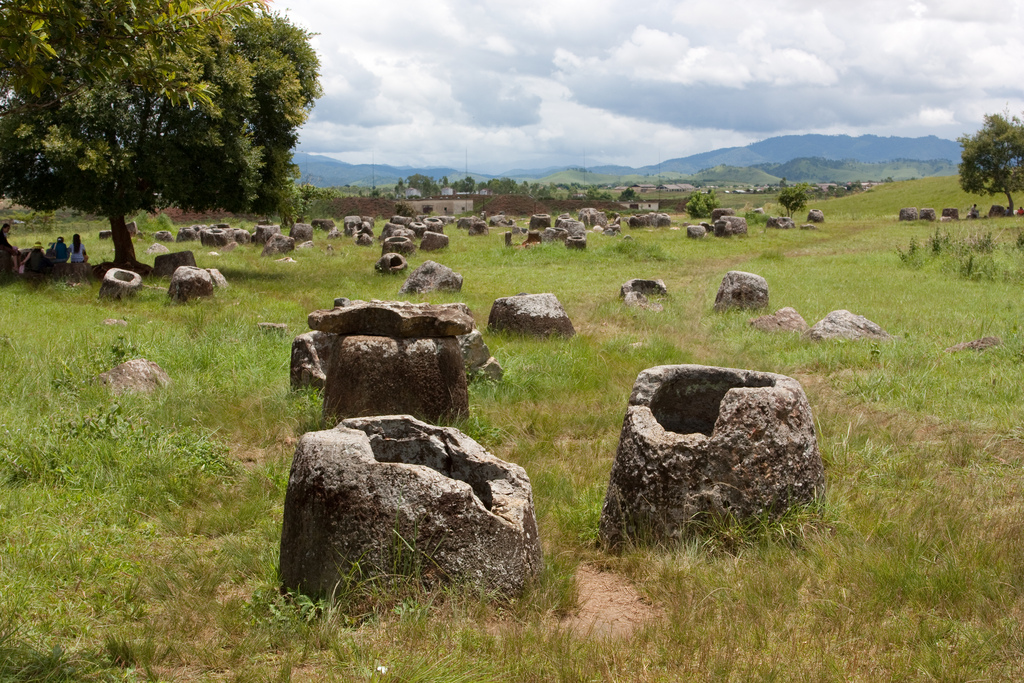 Another name that doesn't try to deceive you, the Plain of Jars is actually a vast hilly area in central Laos that has over 2,000 stone jars dotting its terrain. Why? Well, that's what everyone would like to know. Maybe they were used as large vats to brew mass quantities of rice wine? Maybe it's an ancient burial site? We may never know how they got here, but it's estimated the jars were made between 500 BC and 200 AD. It's actually a great feat that there are so many left as this was a heavily bombed area during WWII and still beautifully deserving of a tour. 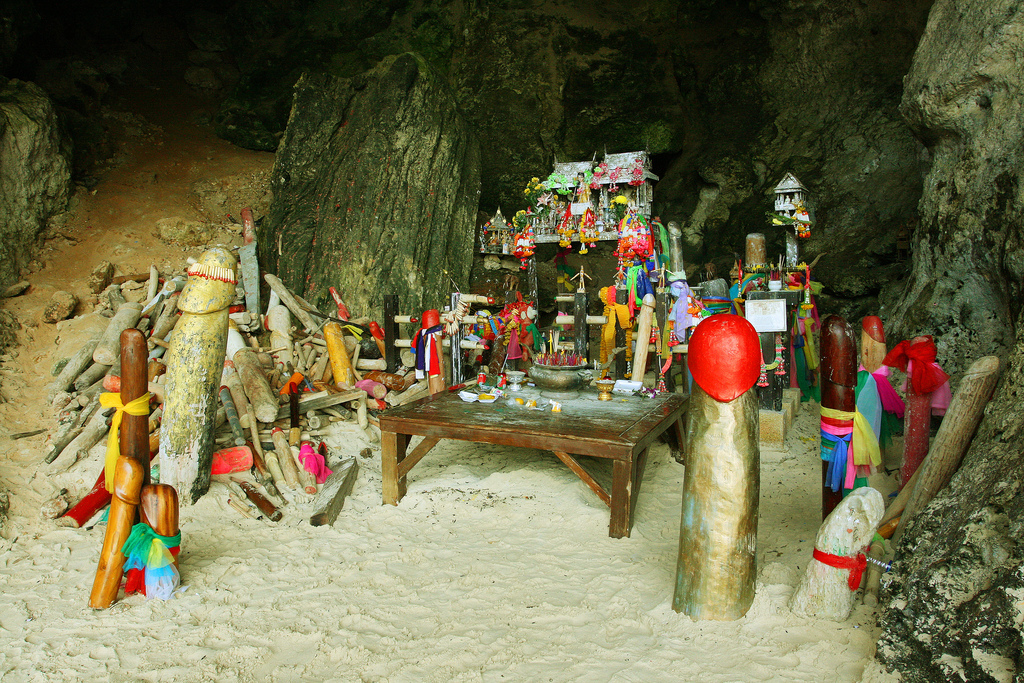 A lingam is a symbol of divine generative energy in many religions, including Buddhism, that can refer to the phallus, or more blatantly, the penis. So as you're roaming around one of Krabi's most beautiful beaches, Phra Nang Cave, you might just find yourself staring at a shrine of penises. This small cave is adorned with phallic figures from small to large, in a range of colors that are believed to create fertility and prosperity for all. So feel free to act like a giggling high-schooler and take a selfie or two next to the biggest members. You can also purchase one of your own to "enhance" to your own fertililty luck.

While this coastal town is mainly visited by windsurfers and beach bums, Mui Ne is also known for a unique phenomenon known as fairy streams. A thin layer of water, which gives the appearance of being able to walk on water, it's a religious photo opp come to live. Surrounded by strange rock formations that look like the cliffs melting into oblivion, the backdrop changes as sand dunes seem to magically appear the further you go. It's a scene that doesn't belong in Vietnam, or even on this planet, but we're happy it does. 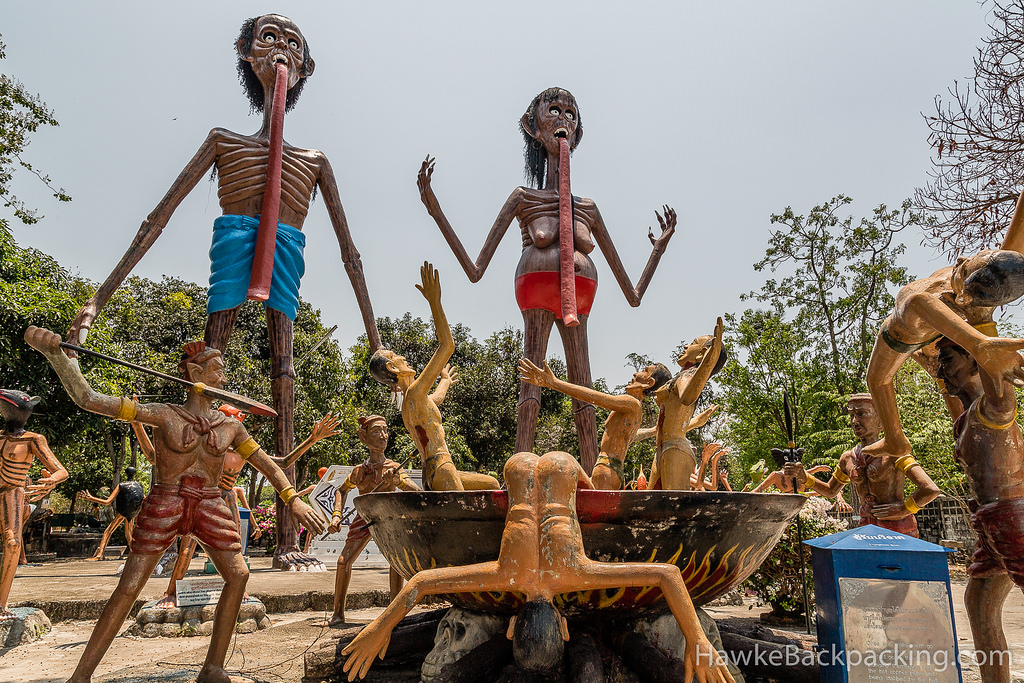 Upon first glance, Wang Saen Suk is a nice garden setting, but look a little closer and the scene gets pretty gruesome. Ok, it's a full on horror show. Welcome to Buddhist hell, located right outside Bangkok. There are a plethora of figures in absolutely terrifying positions from torture devices to being ripped apart by shred dogs. Skinning, blood dripping, and mutilations are a few of the “attractions” you might find photo-worthy. Plan for a few days of nightmares after visiting this sinister and masochistic scene. 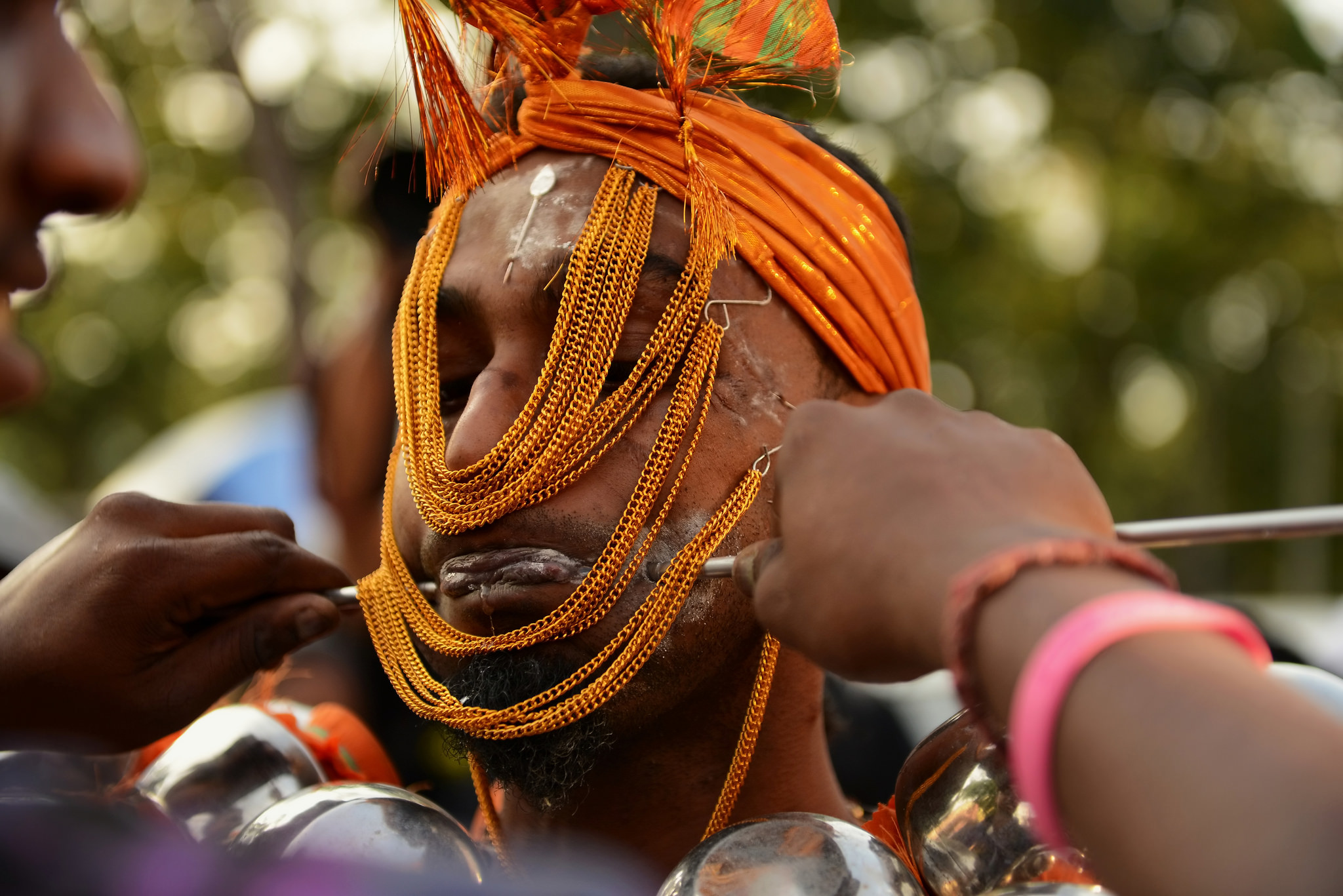 Penang is a nice island located in the northwestern part of Malaysia. It's a historically and culturally revered spot and is known worldwide for having an array of cheap and delicious food. Every mid-January the place goes vegetarian, and holds a festival to honor their Hindu deity. What's so weird and bizarre about this? Oh, just that people celebrate by impaling themselves with hooks and spears in the streets. Usually piercing themselves in the face through the nose, tongue, or cheeks, the act is performed in hopes of vanquishing an evil demon. This holiday is celebrated in other Southeast Asian countries so depending on your travel plans, you could potentially run into this freak show in other areas, as well. 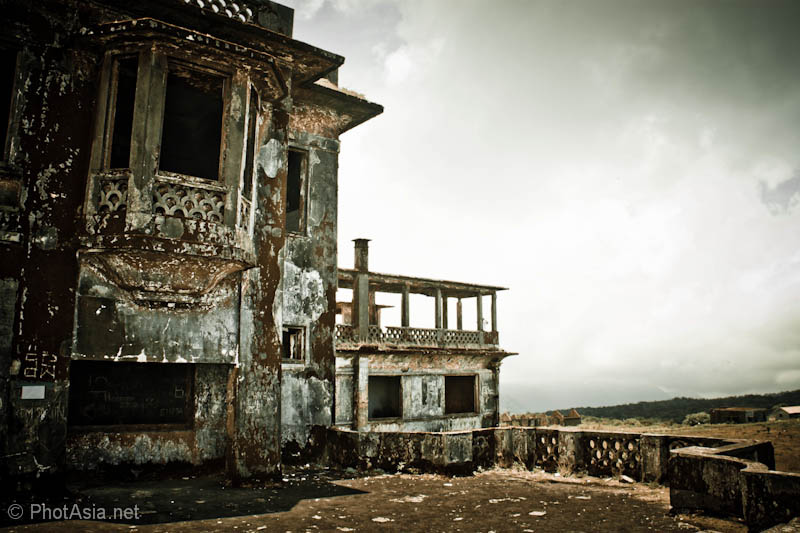 If you're into creepy, abandoned cities, Kampot is where you should head to explore churches, temples, and the old building of Bokor Palace, once a bustling hotel and casino. A major battleground of the Vietnam War and Cambodian Civil Wars, the tragic events that occured during the Khmer Rouge are very apparent through bullet strewn walls, a stark reminder of the area's glamorous heyday. While the buildings have certainly seen better days, the ocean views are what makes the town interesting and eerily beautiful, not to mention their location high up in the mountains overlooking the coastline. 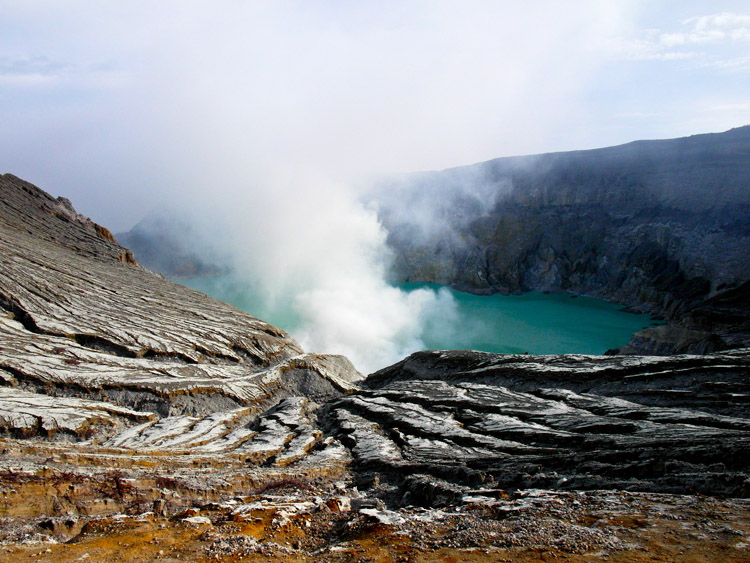 A hike to Kawah Ijen in Java will test anyone’s courage as they descend into a pitch black sulfuric crater. As you reach the bottom, though, you'll witness something truly bizarre -- miners working amongst brilliant blue flames. The unique flames are created by the sulfuric gases combusting as wafts of stinky smoke billow around you. It's really a stunning sight. As the sun rises, you'll ascend for incredible views of the acid green lake below. Other volcanoes envelope you, and green forests cover the pathway where the vista views are equally remarkable. Kawah Ijen is truly indescribable and one of the most incredible scenes, hikes, and views on earth.

Nina Ragusa runs the Travel, Live, and Work Abroad Lifestyle blog Where in the World is Nina? Tag along to see her (mis)adventures and tips on how to live abroad forever fabulously, rather than frivolously.

http://whereintheworldisnina.com/
Join 100k like-minded travelers by subscribing to iExplore
Join with Email
RECOMMENDED FOR YOU

New Brunswick is for Adventure Lovers