Sri Lanka is a Secret Island Paradise, But Not For Long

It’s fairly easy to overlook Sri Lanka when you’re looking at a map of the world. Located just off the southern tip of India, Sri Lanka looks like a speck in the middle of the Indian Ocean compared to its giant neighbors on either side. Although originally the island was used simply for trade, today Sri Lanka is a nation that’s recognized for so much more. Its beautiful beaches attract tourists, while its dynamic culture, infused with Indian and Southeastern Asian influences, make it mysterious and all the more irresistible. With sacred mountains, gorgeous temples, and lush jungles, it’s safe to say it's time to give Sri Lanka another look. 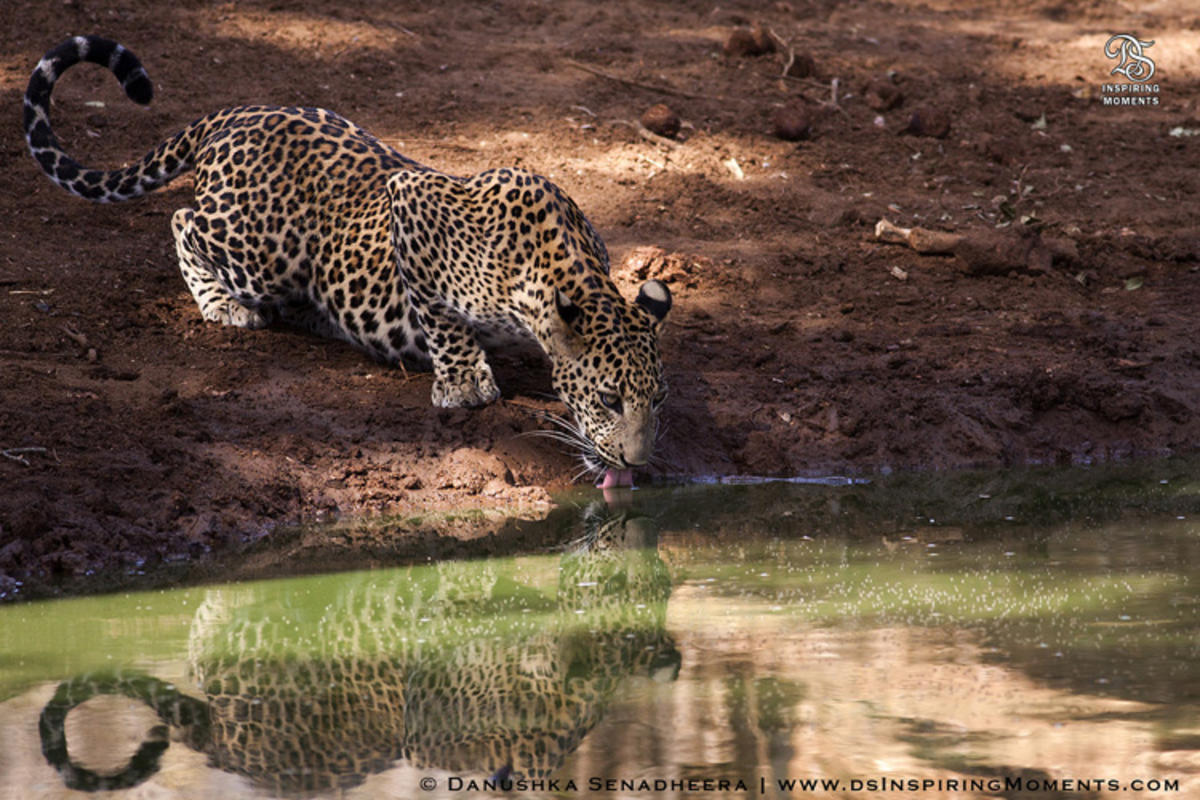 Get Wild at Yala National Park

Yala National Park isn’t the largest national park in Sri Lanka, but it is the most famous one. Home to the largest density of jaguars in the world, Yala is considered one of the best game parks outside of Africa. Part of its success is due to the incredible amount of protected space. More than half of the nearly 380-square-mile park is closed to the public and instead used as a reserve sanctuary for the animals. Aside from the wild cats, visitors can expect to see plenty of elephants, sloth bears, monkeys, deer, and over 100 species of birds. Jeep safaris and overnight bungalows can be reserved in advance, ensuring none of the jungle’s sights or sounds are missed. 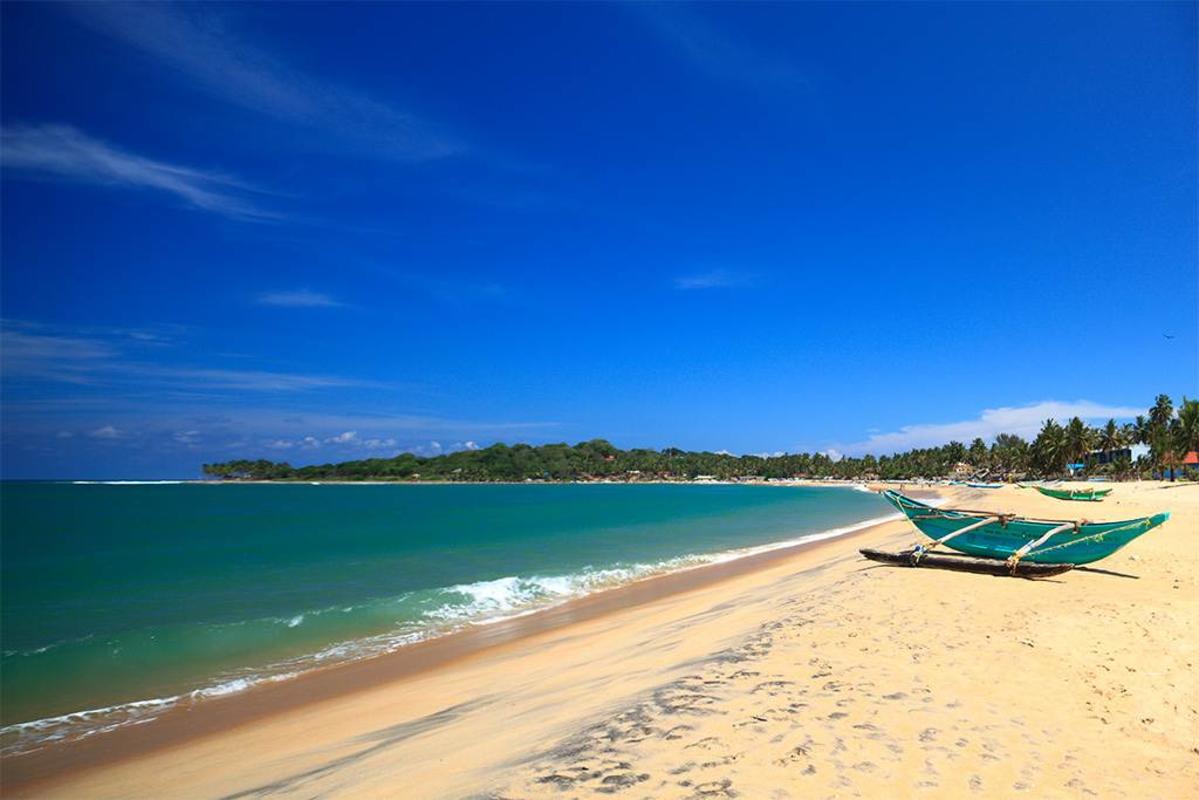 Much like the beaches of Rio, Sri Lanka’s beaches have each acquired a different reputation, drawing a variety of respective crowds. Arugam Bay, for example, has waves that attract surfers by the droves. Meanwhile, Unawatuna is the most well known commercialized beach on the island, bringing hundreds of tourists each year. For a true island experience away from the crowds, aim for the tropical paradise of Tangalla. Or, spend the day hopping between strips of sand — one of the perks of island life! 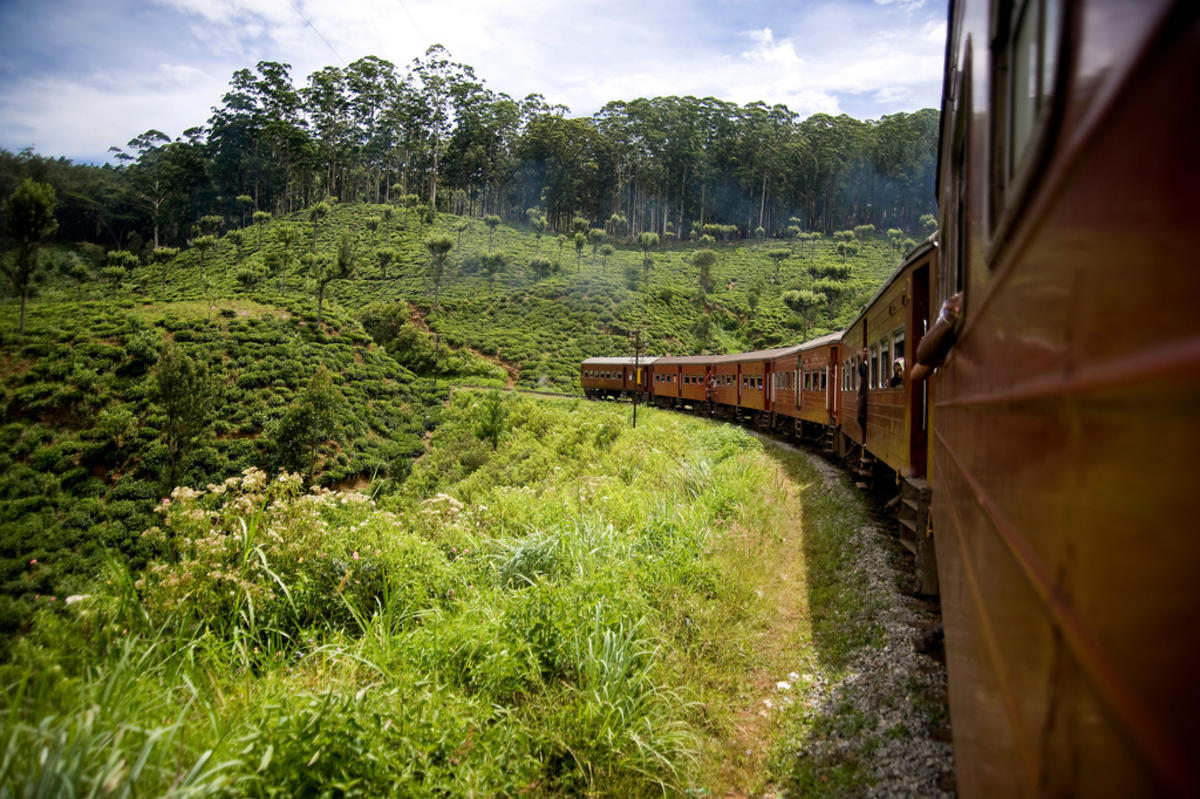 Tour the Countryside by Rail

Locals know the best way to get around Sri Lanka isn’t by car but by train. Dating back to the 1800s, the country’s railway system winds its way throughout the major cities and over the lush countryside. Back then, the tracks were used to transport tea, coffee, and spices primarily in and out of Colombo, the country’s capital. Today, despite most of the train cars dating back to the mid-1900s, it’s used not just as a way to transport goods but to tour the countryside in retro style. 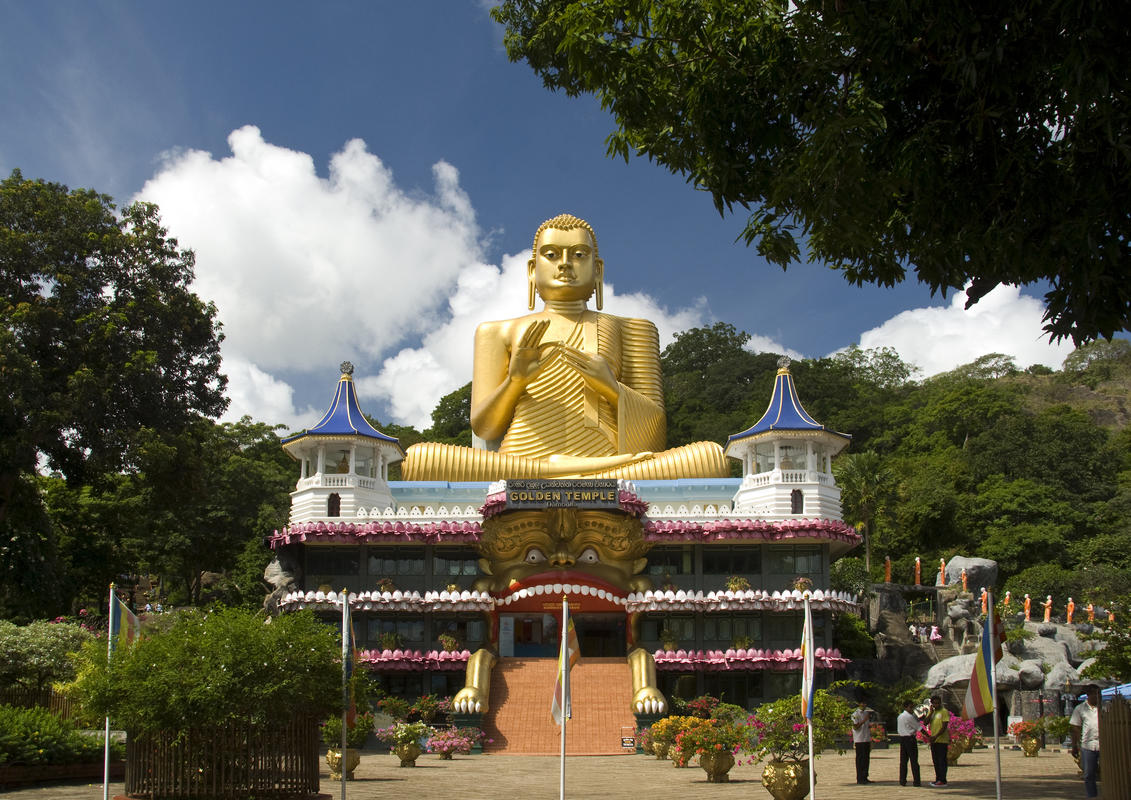 Visit the Golden Temple of Dambulla

No visitor could leave Sri Lanka without visiting its most iconic UNESCO World Heritage Site. The cave temple and its Buddhist paintings and statues have been an active pilgrimage site for more than 2,000 years. Easy to spot with the giant gold statue just out front, visitors who wish to explore the caves and its rock temples must climb barefoot over the ground to see the beautiful mosaics and shrines within. 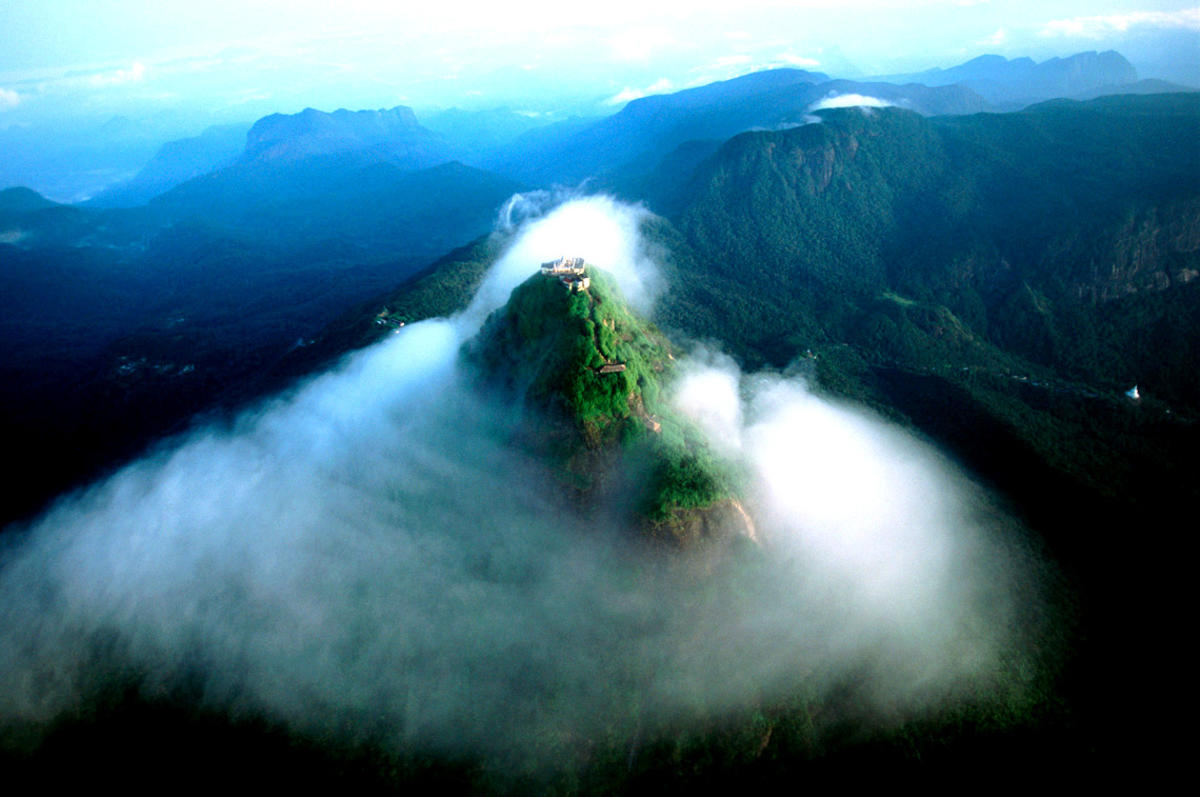 Climb to the top of Adam’s Peak

If there really was an old wise man living on a mountaintop, we would probably find him on Adam’s Peak. The sacred site actually goes by three different names, depending on the legend you choose to believe. Said to be the spot where Adam landed after he was thrown from Heaven, Sri Prada literally means “sacred footprint” and suggests Buddha left his mark there. Just like the local tales, you can leave your own footprint on the dreamy spot just after dawn during pilgrimage season, which runs from December until late May. 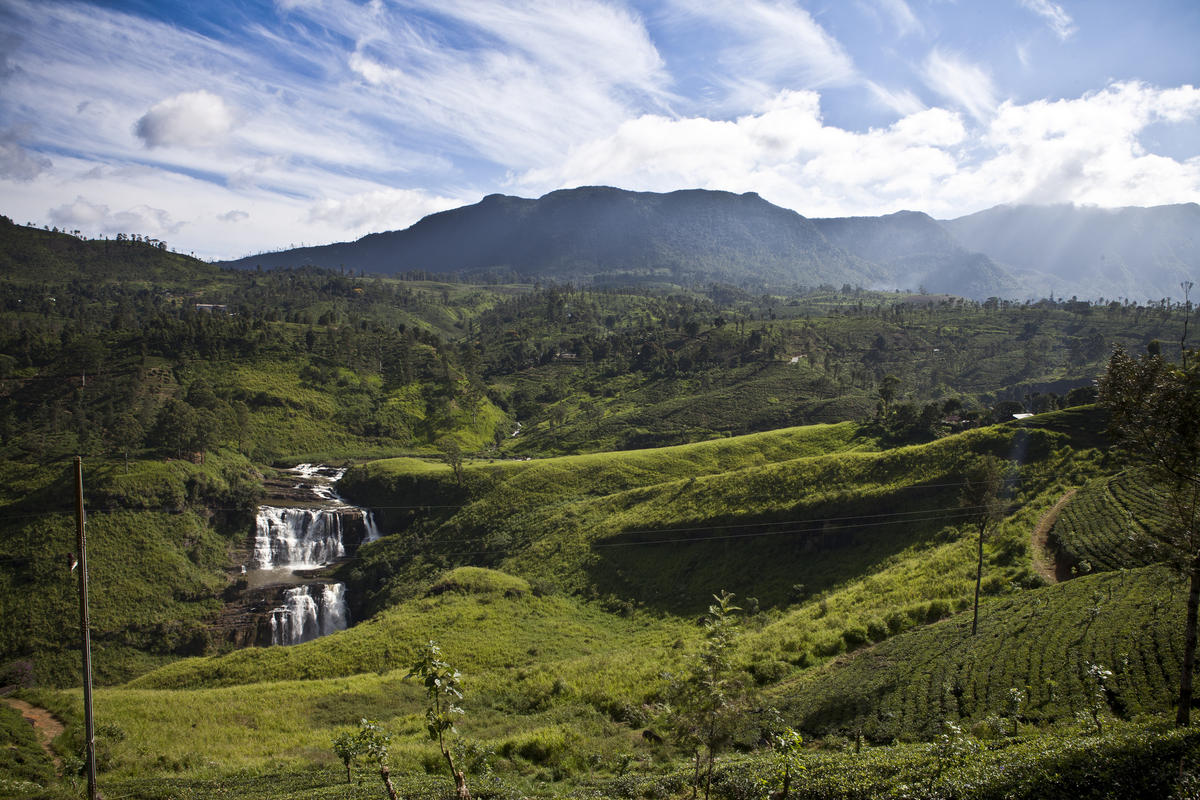 Get Lost in the Tea Fields

If you’ve ever had a cup of Ceylon tea, chances are high it was grown in Sri Lanka. The tea is one of the primary exports of the country and has been since 1867 when it was first planted in Kandy. Tea plantations are all over the hill country and make for stunning walks and photo opps. One place in particular to head is Nuwara Eliya, or Little England, which produces the highest quality. Resort towns, spas, and boutique hotels are scattered throughout the countryside, so visitors can delve straight into the 150-year history with gusto.

The Best Secret Wine Regions in the U.S.