More than Mardi Gras: A Guide to Louisiana’s Marvelous Festivals

By Kelly Cordingley
Save

Any visitor to Louisiana will tell you it’s a beautiful state full of fun, vibrant people and more to do than there are hours in the day. That excitement is especially evident in the state’s diverse range of festivals, drawing visitors and locals together to celebrate everything from Cajun folklore at the Rougarou Festival in the fall to peaches at the Louisiana Peach Festival in the spring.

Sure, you probably think Mardi Gras when you think Louisiana festivals, but the state is home to more than 400 festivals every year! We’ve laid out some of our favorites, but since there’s no bad festival, whenever you choose to visit, you’re going to have a blast. 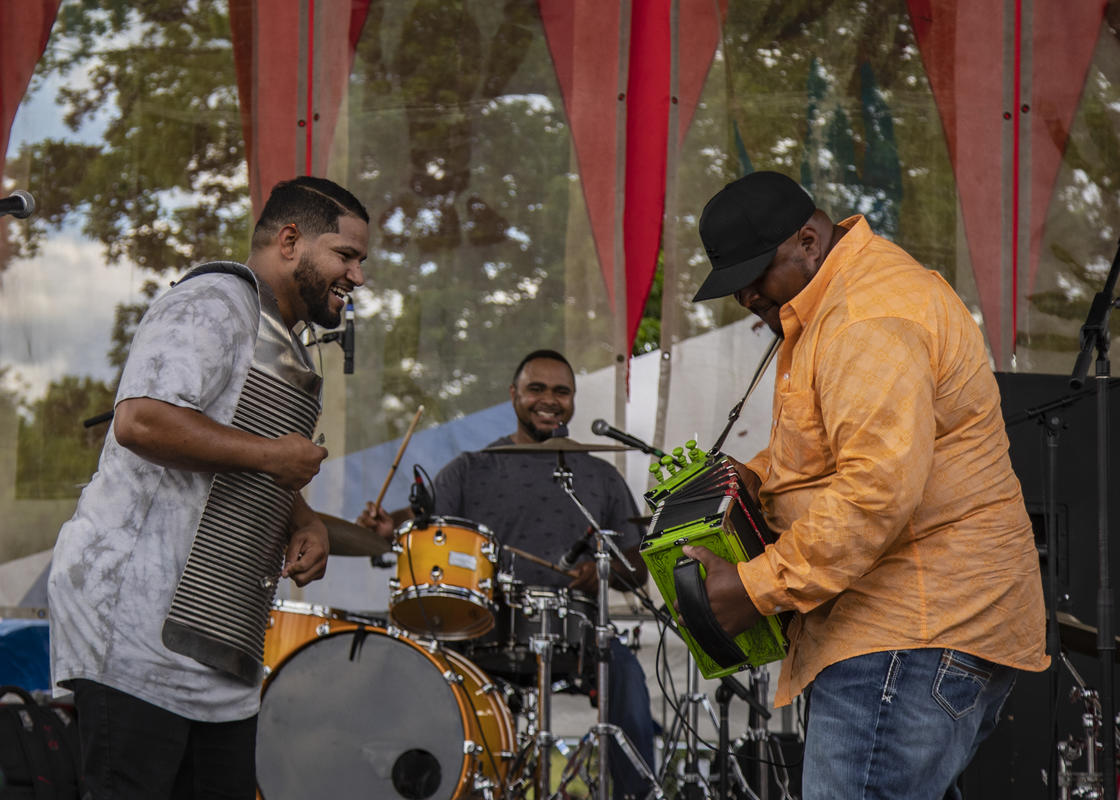 Along with Carnival and Mardi Gras, Super Sunday is another New Orleans festival that needs to be on your list! On this special Sunday in March, the Mardi Gras Indians gather in New Orleans adorned in colorful costumes to celebrate with each other and compete in dance competitions. These rituals date back to the 19th century when escaped slaves found safe haven among the Native Americans, and many of the customs and rituals learned there have been passed down to future generations. 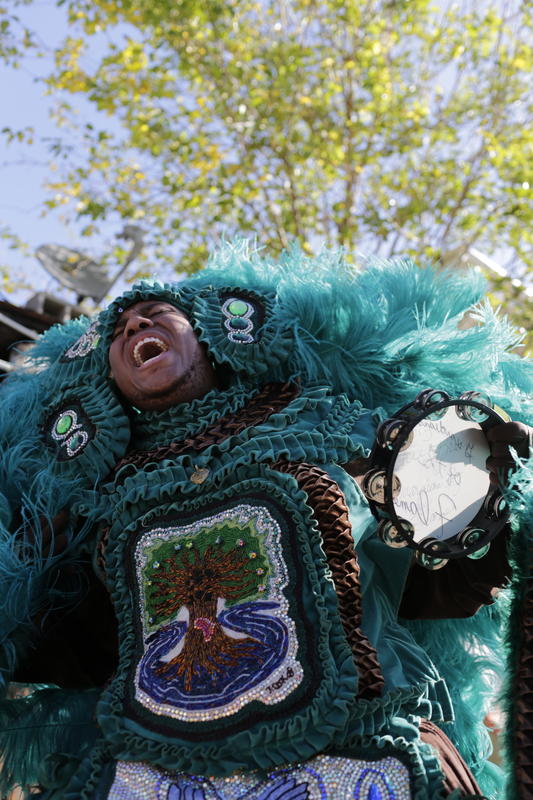 Later in the spring, catch one of America’s oldest Blues festivals: The Baton Rouge Blues Festival. Dedicated to celebrating a variety of Blues artists, the mid-April festival is fun for all ages. The two-day festival also showcases artisans of all kinds and great food. Five stages, two days and zero cost! Then drive to nearby Lettsworth, LA to see the new Mississippi Blues Trail marker honoring the home of Buddy Guy.

April also sees the incredible Kite Festival Louisiane in Port Allen, where kites of all sizes take to the sky as kids and adults alike watch in awe. Then in the evening, look to the skies again for a fantastic firework show over the Mississippi River. The colorful festival has been named “Festival of the Year” by the Louisiana Travel Promotion Association.

Another festival we love is the Festival International de Louisiane in Lafayette, the largest international art and music festival in the United States. With more than 300,000 attendees enjoying music and art from more than 20 countries, this free festival is definitely one to put on the top of your bucket list. 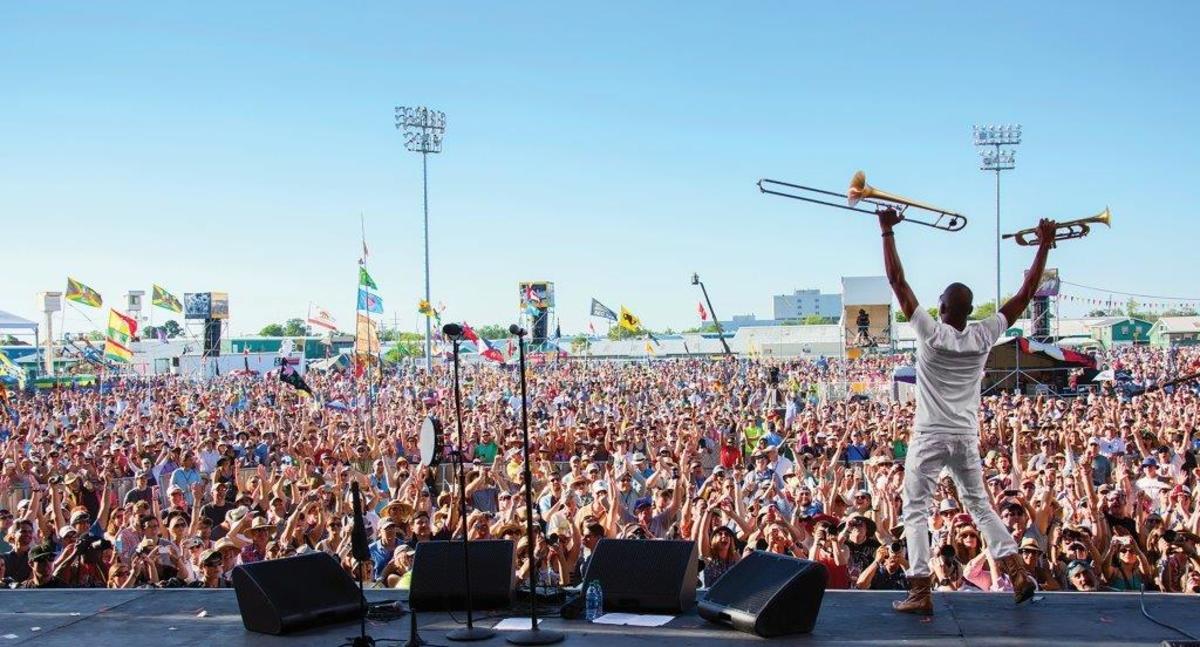 For something you’ll only see in Louisiana, head to Abita Springs for the Louisiana Bike Festival. You’ll see any and every kind of bicycle decked out in elaborate decorations. The festival is fun for all ages, and with the morning flea market and swap meet followed by the midday bike through town, Bike Fest offers all the makings for a perfect June day.

Bicycles are pretty synonymous with summer, but so are watermelons and peaches, and there’s a festival dedicated to each in Louisiana. The weekend-long Beauregard Watermelon Festival in DeRidder screams summer, with its live outdoor music, watermelon carving, seed spitting and eating contest and more! There’s even a watermelon pageant. This June festival is something right off a postcard.

Head to the adorable town of Ruston for its June Peach Festival. Think peach ice cream, peach pie, a peach eating contest, a parade and a pageant, and you’ve only covered half of the peach-centric fun offered at the festival. There’s also a farmer’s market, arts and crafts, an antique car show and peach cook off.

We’ve given you just a few of our favorite spring and summer festivals, but we’re also dying to point you toward some fantastic fall and winter festivals we love.

The nine-day Red River Revel in Shreveport is a lively one-of-a-kind experience. The September festival has everything from delicious food to live music to local artists, plus it’s the largest outdoor festival in northern Louisiana. With nine days to choose from, it’s easy to plan to attend, plus who doesn’t love an excuse to devour a funnel cake while perusing the work of more than 80 artists?

Put on your best red t-shirt for the Running of the Bulls in New Orleans. Paying homage to the famous Running of the Bulls in Spain, this weekend festival replaces the bulls with RollerBulls — women dressed as bulls and equipped with nerf bats to spank observers — selected by roller derbies from all over the world. Join them and enjoy a memorable weekend-long party that also includes dancing, live music, and plenty of delicious drinks. 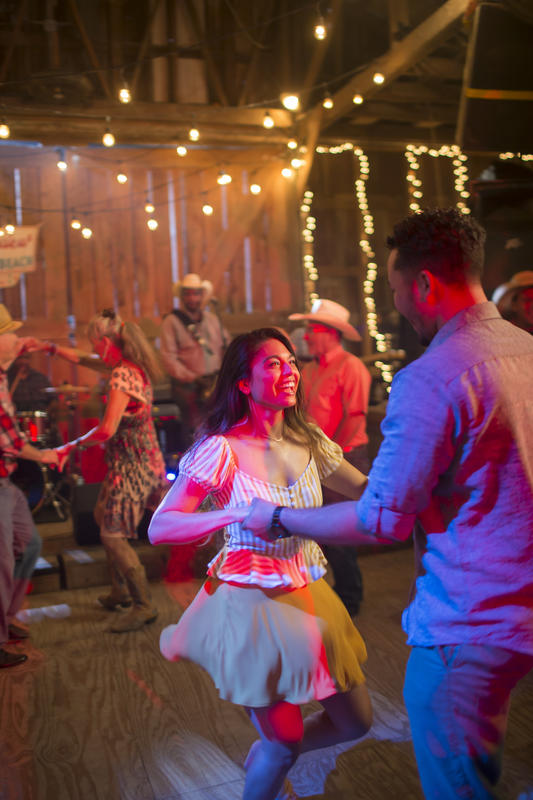 If you’re looking for a more family-friendly festival, the Ascension Hot Air Balloon Festival in Gonzales is an experience you won’t want to miss. This weekend-long festival is a one-stop-shop for anything you could want. It’s got live music, awesome food, your favorite carnival games, competitions, a children’s village, breathtaking hot air balloons and fireworks to close the night out. You can see why it’s one of our favorites.

If film, music and food are up your alley, Prize Festival in Shreveport is where you need to be in early October. With 20 films, five bands and five chefs to watch during this week-long street festival, you’d be hard pressed not to have a fantastic time. Plus, you get to vote on your favorite films during the festival, dance to your heart’s content, then watch the chefs duke it out in competition — it’s even better than your favorite Netflix cooking competition.

Louisiana has so many festivals, it may seem like there’s a festival for everything. And that would be correct. There’s a whole festival in October dedicated to rice, which is fitting, given that you can’t have specialties like gumbo, étouffée or jambalaya without rice! The four-day International Rice Festival in Crowley has everything you could want: live music, a rice and Creole cooking contest, crowning of a rice queen, a 5k, a parade and, wait for it...a giant frog derby.

Now this next festival is something you really won’t see anywhere else in the country. The Angola Prison Rodeo in St. Francisville invites spectators to watch Louisiana State Penitentiary inmates go head-to-head with bucking horses and charging bulls. Inmates who manage to hang on win a cash prize. Inmates can also sell their artwork, including beautiful furniture, paintings, and leatherwork. Each Sunday in October, you can head to the prison grounds for this one-of-a-kind experience.

Embrace your spooky side and don your best costume at the Rougarou Festival in Houma. This festival, the weekend before Halloween, celebrates the legend of the Rougarou. Centuries-old folklore tells the story of a werewolf-like swamp creature, called the Rougarou, that can be warded off by placing 13 pennies on your doorstep. USA Today ranked this festival one of the top 10 costume parties in the U.S., so if that doesn’t sell you on it, we don’t know what will. There’s even a costume contest for pets. This exciting weekend is made complete with tons of kid’s games, a scavenger hunt and of course, great food and drinks. The parade is another can’t-miss event at this fest, with giant floats, puppets, zombies and witches, it’s quite the spectacle. 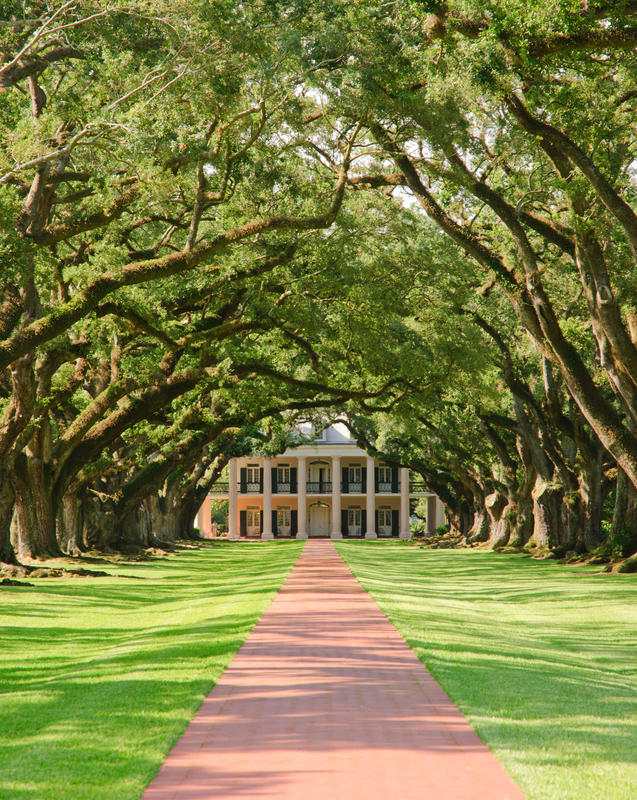 Celebrate Christmas the Natchitoches way with the Christmas Festival of Lights in Natchitoches. The six-week-long celebration, from the end of November to the beginning of January, is one of the oldest community-based holiday celebrations in the country. Each night, you can see more than 300,000 lights on display, accompanied by more than 100 different set pieces you’re sure to love. Check the full schedule for firework shows and pictures with Santa, but the main festival day of Dec. 7 is one you don’t want to miss, because that’s parade day.

While all the options across the state are pretty great, they’re all ramping up for the mother of all celebrations: Carnival Season! Enjoyed statewide in the weeks up to Mardi Gras day, Carnival is the most colorful, vibrant and spectacular festival of them all with scores of family-friendly options. As you can see, we really love our Louisiana festivals, so whenever you make it to the great state, you’re in for a great time.

This content was produced in partnership with Louisiana Travel.

3 Unique Illinois Itineraries That Aren't in the City