By Claire Volkman
Save 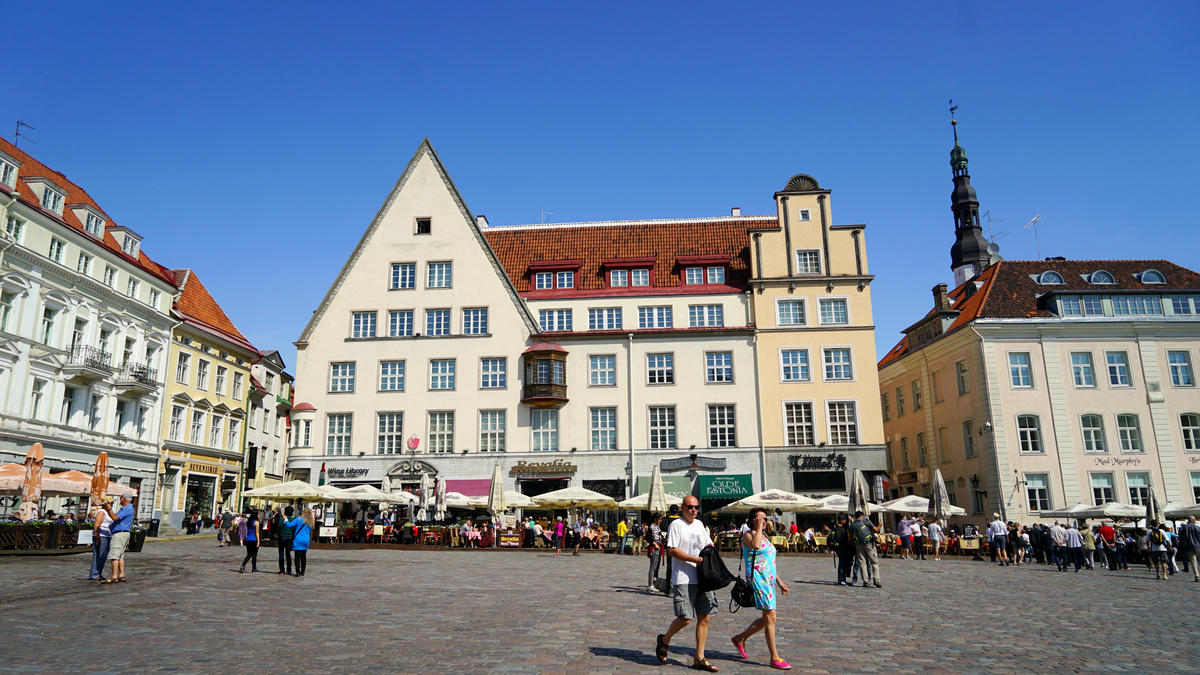 With the summer tourist swarms behind, fall and winter are actually two of the best times to visit Europe (Oktoberfest aside). Flights are cheap and tours will be half-dead, which makes it a perfect time to skip the hotspots and get to know some of the more unique cities. These towns are just weird enough to make you think you've stepped onto another planet, yet still charming enough to classify as Europe. 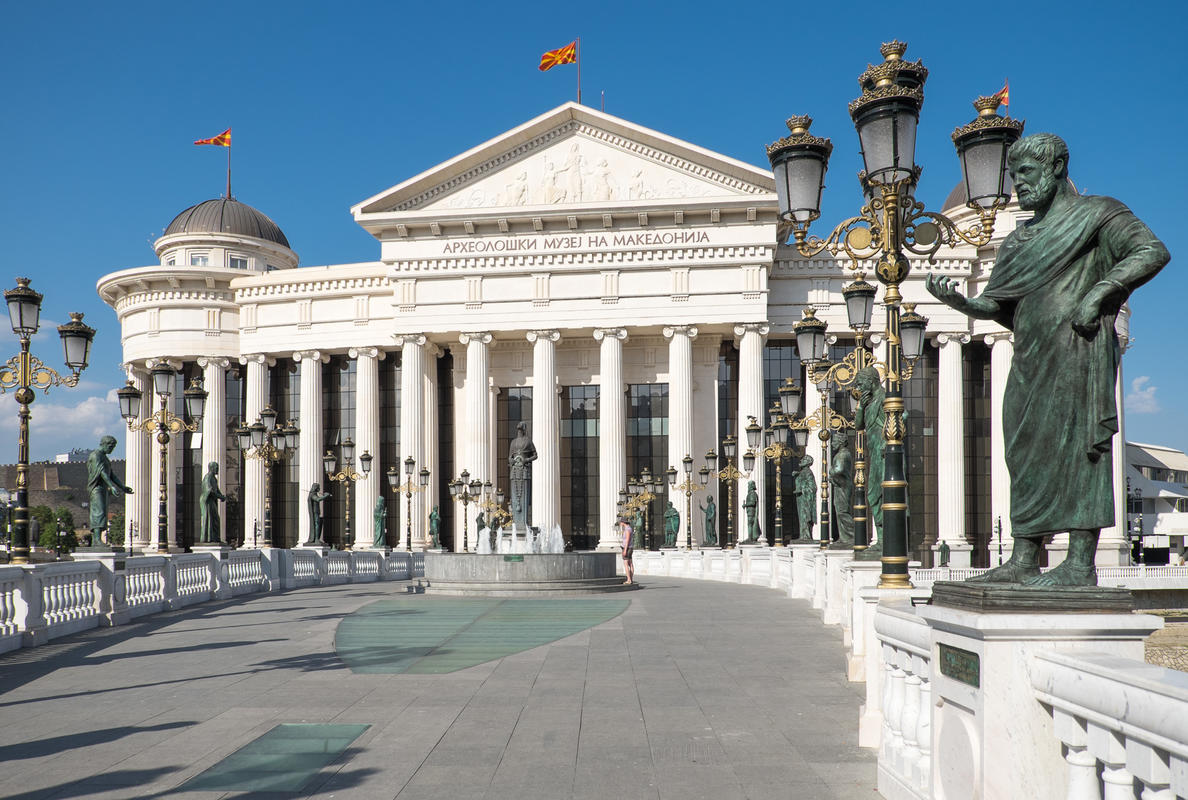 A quirky collection of architecture, decades and ethnicities, Skopje is one of the most visually stimulating cities in Europe. 19th century buildings built in the18th century style sit next to modern day marvels, contrasting chic museums made of glass with crumbling bazaars. Although the influence is confused, the city certainly isn't - with an incredibly multi-faceted, multi-cultural population eager to share the charm with anyone who visits. Taste cuisine like the buttery spinach burek (pie) or the melt-in-your-mouth ajvar dip (made from roasted red peppers) in the city's old Turkish bazaar (Čaršija), which has recently seen a revival thanks to the dedicated citizens. The oldest attraction, the Stone Bridge, is also worth a stroll as it provides a fascinating look at the growth and revival of a once depressed Balkan city. 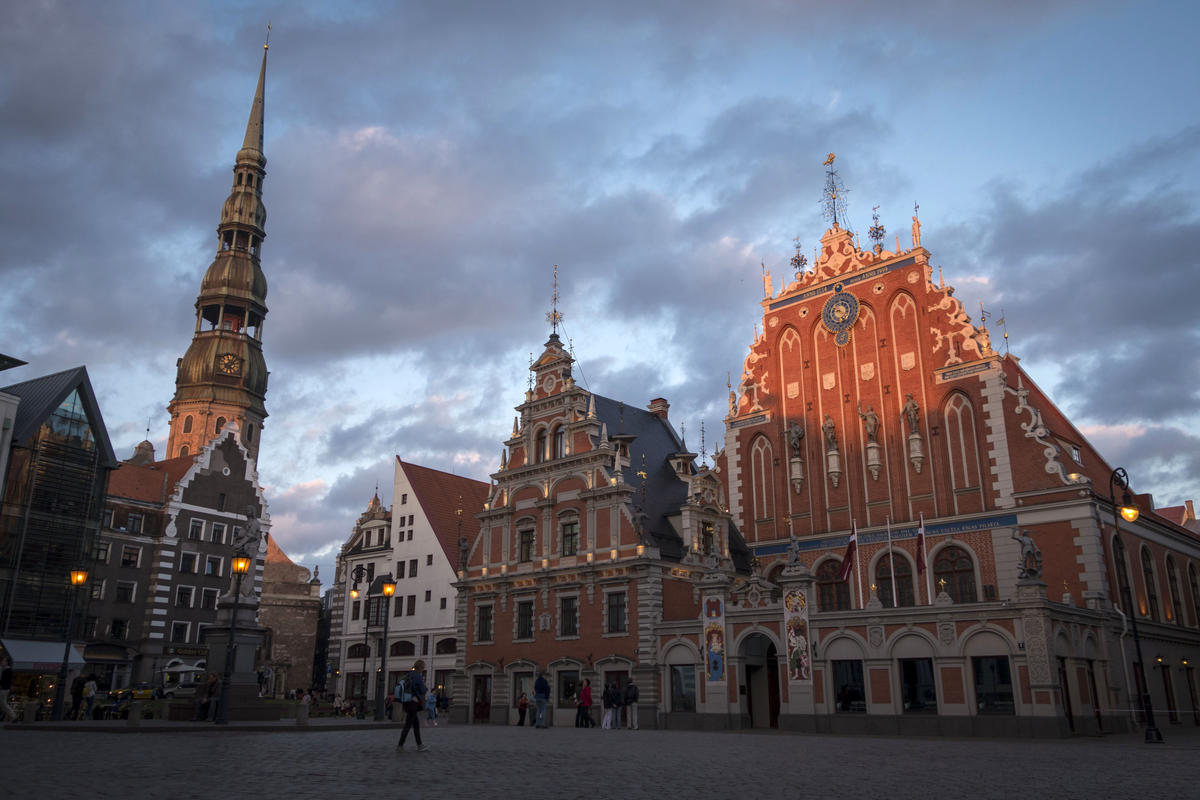 Free from the stronghold of the Communist era, Riga, Latvia is one of Baltic’s most beautiful and eccentric treasures. With a countrywide initiative aimed to rebuild the castles and revitalize ancient traditions, the vibe in Riga is excitedly bright. To see the marvel of the city, meet the students of Riga Free Tours outside St. Peters Church and enjoy a complimentary guide to the Old City. You'll pass art nouveau architecture, urban parks like Kronvalda, and stunning churches, like Riga’s Cathedral. Afterwards, indulge in the city’s new wave Nordic fare, which is as surprising as it is delicious, and can be found in top restaurants, like Valtera Restorans or Vincents. You won't want to leave before visiting Riga’s incredible collection of art museums, ranging from foreign to modern. 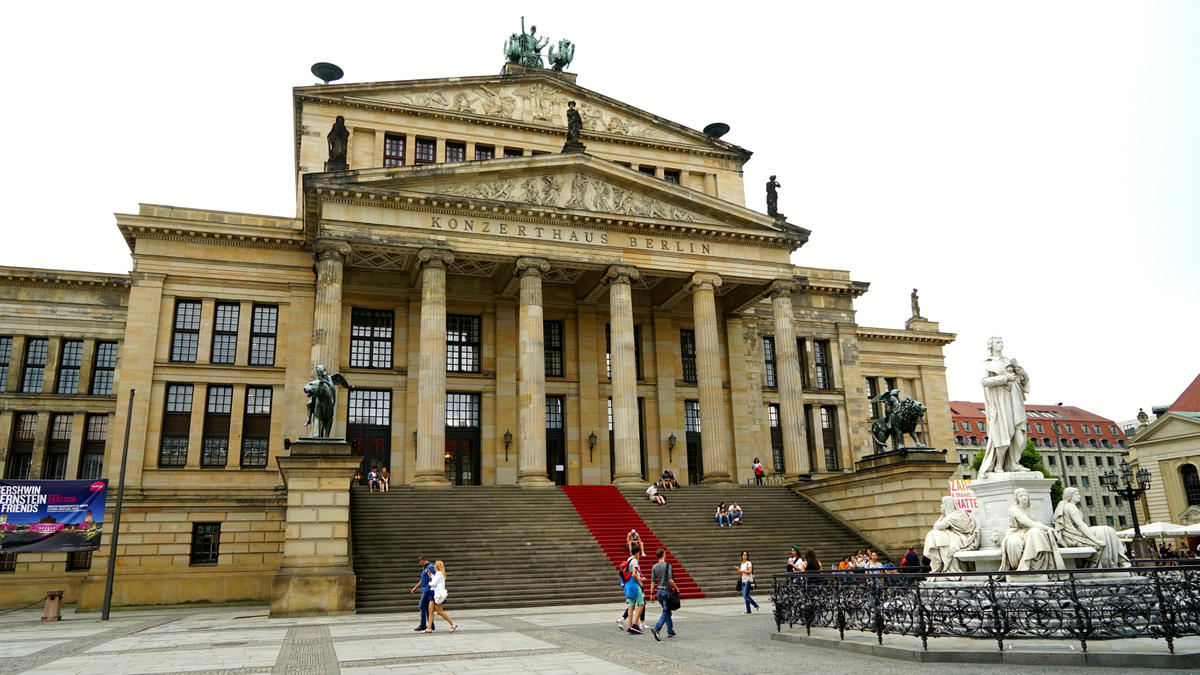 One of Europe's most famous cities, Berlin is no stranger to motor coaches full of tourists and flocks of history buffs. Most visit for a glimpse of the city's devastating history - with stops at the Berlin Wall, the heartbreaking Holocaust memorial and checkpoint Charlie. Even though the city's beautiful architecture rivals that of Vienna or Paris, Berlin is far different than those gleaming capitols. After touring the big sights, explore the city's weird underbelly with a visit to the Mauerpark flea market, where you'll find everything from 70's apparel to bumper-sticker clad instruments. For a taste of the local cuisine, take a food tour with a bearded hipster from Fat Tire Tours, who will give you a taste of city's best curry wurst. For something a little more macabre, take a ride to Berlin's creepiest attraction, Spreepark, an abandoned amusement park or celebrate the spooks year-round. 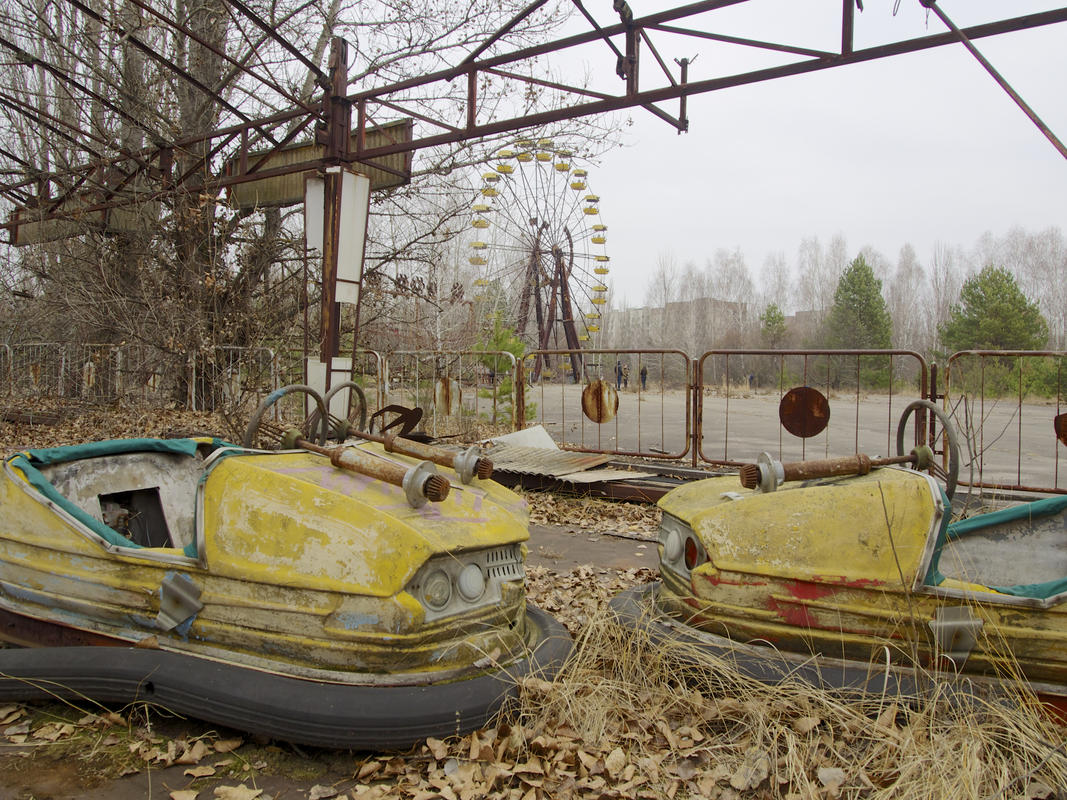 If you're intrigued by walking through overgrown fields, touring abandoned houses and feeling the occasional prick of a spirit floating by, Pripyat is your town. This haunted ghost town in northern Ukraine is best known for one devastating disaster, the Chernobyl power plant explosion in 1986. Since much of the area is relatively reopened for tourism, photographers and adventurers are curious about the city that was once-off-limits. To visit, all you need to do is join a group like Chernobyl Tours or speak a little Russian. When you arrive, make sure to hit the rooftop of the Hotel Pripyat, which gives an eerie panoramic view over the city. 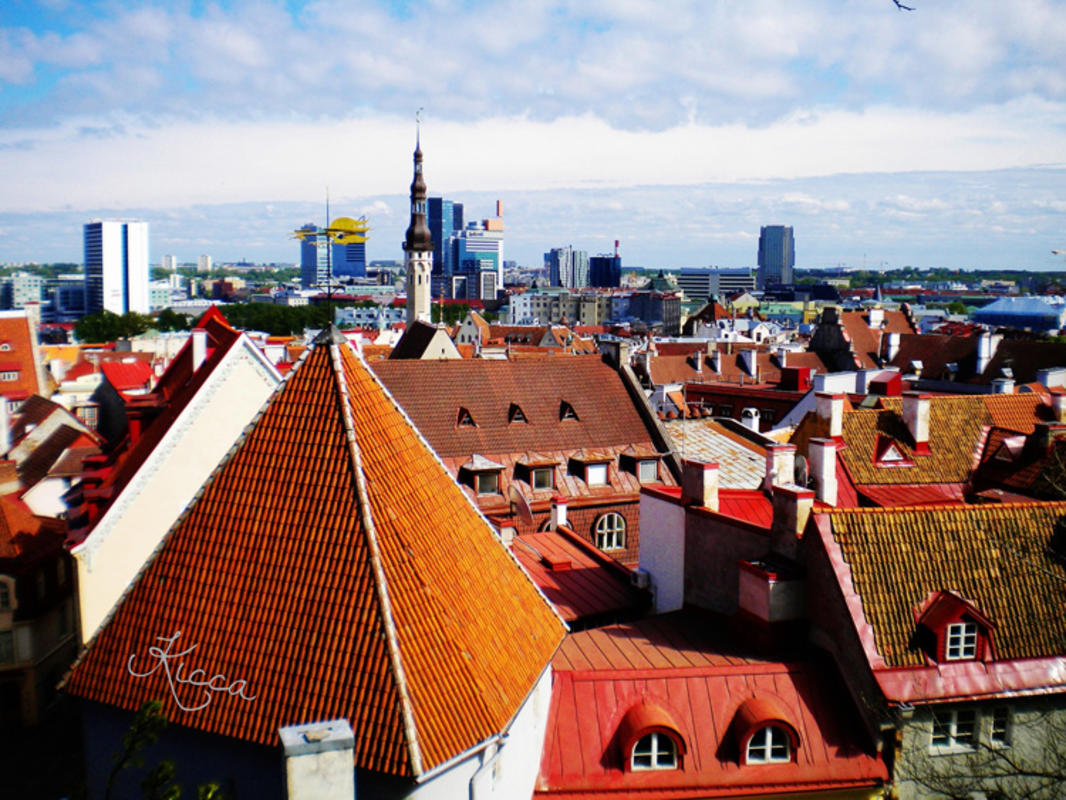 Tallinn looks like any other Baltic City from above - quintessential red roofs, a towering cathedral tower, a glistening bay, lush forests and parks. However, a quick stroll through the lower old town, past street performers dressed as goats and locals selling wooden shoes, and you'll discover that Tallinn beats to it's own drum. What makes the city so eccentric lies with the people, whose resilience and overwhelmingly positive demeanor have seen them through some rather dramatic decades (like rulings by the Swedes and Soviets). The city's strange culture is found almost everywhere, from the Patarei Sea Fortress Prison, a Soviet-era flea market (Balti Jaam Market) and quotes like "You are Beautiful" painted on the side of 16th century castles, to name a few. 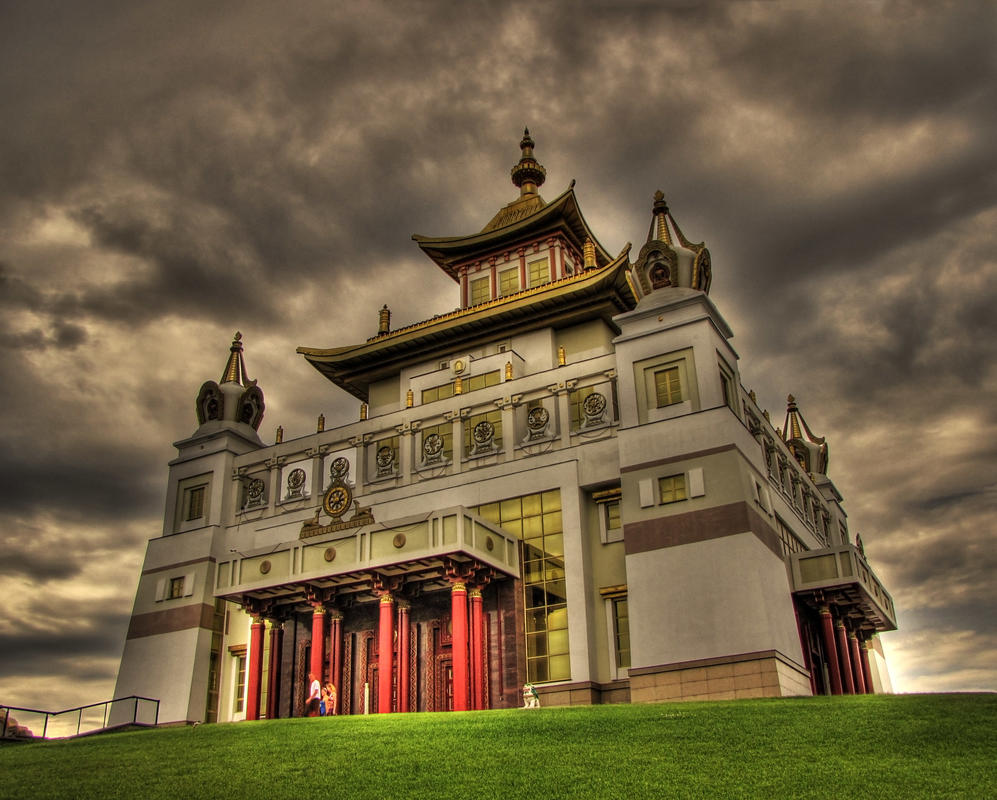 Despite its location in the Republic of Russia, Elista feels about as far from traditional Russian culture as anywhere. Known as the only Buddhist colony in the republic, Elista has gone through its fair share of identity issues. In the 18th century, the city was home to mostly Kalmyk people until Joseph Stalin signed a decree - forcing every local resident to exile to Siberia. Stalin tried to repopulate the area with only natives, but failed, turning Elista into a melting pot of former Kalmyks, Russians and Buddhist expats. When visiting, make sure to hit the gold diamond encrusted Abode of Buddha Shakyamuni, one of the most prominent (and opulent) temples in all of Europe. Lenin Square, which bears the name of the former Russian ruler, is a great place to stroll and photograph - thanks to its spectacular Lotus fountain, giant chessboard and red Buddhist Pagoda. The town hosted the 1998 Chess Olympiad and is absolutely crazy about the ancient game. 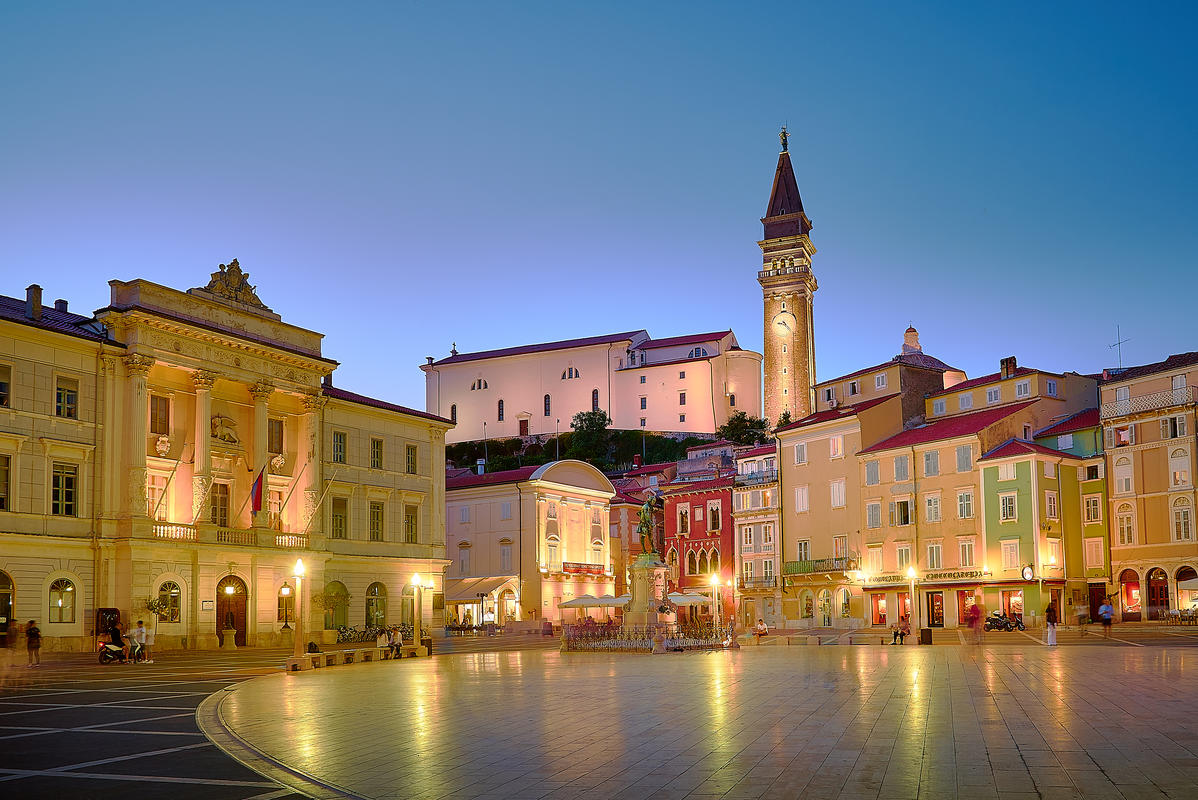 Gothic alleyways, cobblestone streets and a charm that's quintessentially Venetian are just a bit of Piran's allure. Encompassing a mere 16 square miles, you can walk through Slovenia's coastal gem in less than 30 minutes. During your trip, make sure to stop by the iconic St. George Cathedral and the Tartini Square, one of the most photographed squares in Europe thanks to its pastel hues and marble. Coincidently, you can't go far without seeing at least one reference to Giuseppe Tartini, a famed violinist and the city's most beloved citizen. You'll find statues, buildings and even snacks paying homage to this 16th century saint. For a taste of the city's quirkiness, stay at the Hotel Piran, which looks and feels very 1970s, but the views can't be beat. 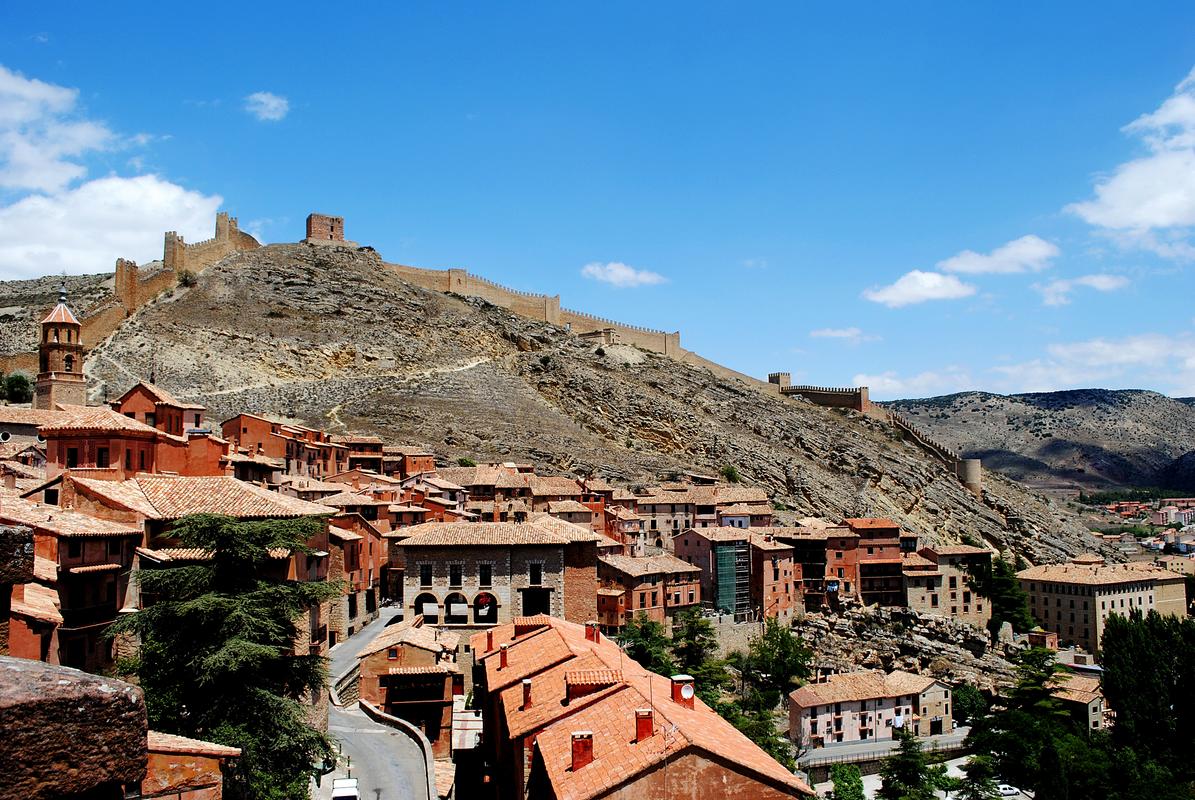 One step into the staggering bricked town of Albarracin, Spain, and you'll think you've traveled back to medieval times. The fabled city sits on the slopes of the Sierra de Albarracín mountain range, just two hours from Valencia. A notable UNESCO site, Albarracin is constantly noted as Spain's most beautiful village, and it's not hard to see why. The towering steeple at the center is donned with an iconic blue and white chevron pattern, while the rest of the buildings seem to grow onto each other - creating a cluster of 17th century architecture that is almost as beautiful from above as it is from the ground. Along with the architecture, the parks are just as breathtaking, like the Pinares de Rodeno or Trebuchet Park. What makes this town quirky, though, are the shops and museums, like the Museo del juguete, an homage to nostalgic toys or the Diocesan Museum, which is home to ancient religious artifacts, relics and Flemish tapestries. Like many medieval villages, Albarracin comes with a tale where a for-longed princess was banished from her home to the La Torre de Doña Blanca.

Plan a Trip to the Happiest Country in the World

Visit Norway and See Polar Bears in the Wild

Claire is a seasoned travel writer and photographer who has spent time in more than 40 countries and hundreds of cities writing, photographing, and immersing herself in all things adventure, food, wine, and culture.

https://nutritionfor.us
Join 100k like-minded travelers by subscribing to iExplore
Join with Email
RECOMMENDED FOR YOU

Raise Your Glass to the World's Best Beer Cities