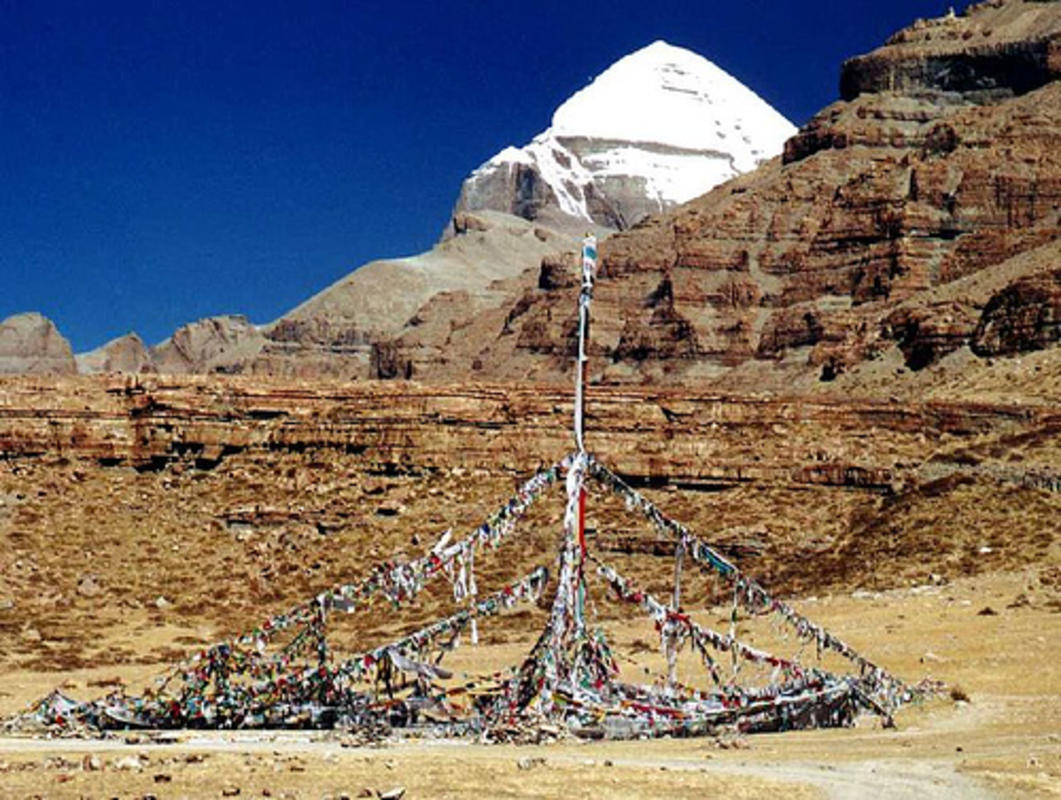 Isolated in the rural western reaches of the Tibetan Plateau lies one of the most sacred pilgrimage sites on the planet: Mount Kailash. It sits next to the source of four major rivers (the Indus, Sutlej, Brahmaputra, and Karnali Rivers), and is a place of worship for four different religions.

In Hinduism, Lord Shiva sits at the summit in a state of perpetual meditation, with his wife Parvati. In Buddhism it was the home of Buddha Demchok, the representation supreme bliss. Followers of Bon believe that the entire area surrounding the “nine-story Swastika mountain” are the seat of all spiritual power, while in Jainism, Mount Kailash is where the first subscribers attained Nirvana.

The mountain is the result of the Indian tectonic plate smashing into the Eurasian plate in a collision so explosive that the largest mountains on Earth were forced out into the sky. Peaking at 21,778 feet, it one of the tallest on earth. It is said that the mountain itself has never been climbed because of its highly sacred status. But visitors can follow the pilgrim trail starting in Darchen. Looping a full 32-miles, clockwise or counterclockwise (depending on your religion), just the base is no walk in the park. The trail starts at 15,000 feet and climbs up and over a mountain pass topping18,372 feet so bring the necessary equipment! Hiking boots are definitely a plus. 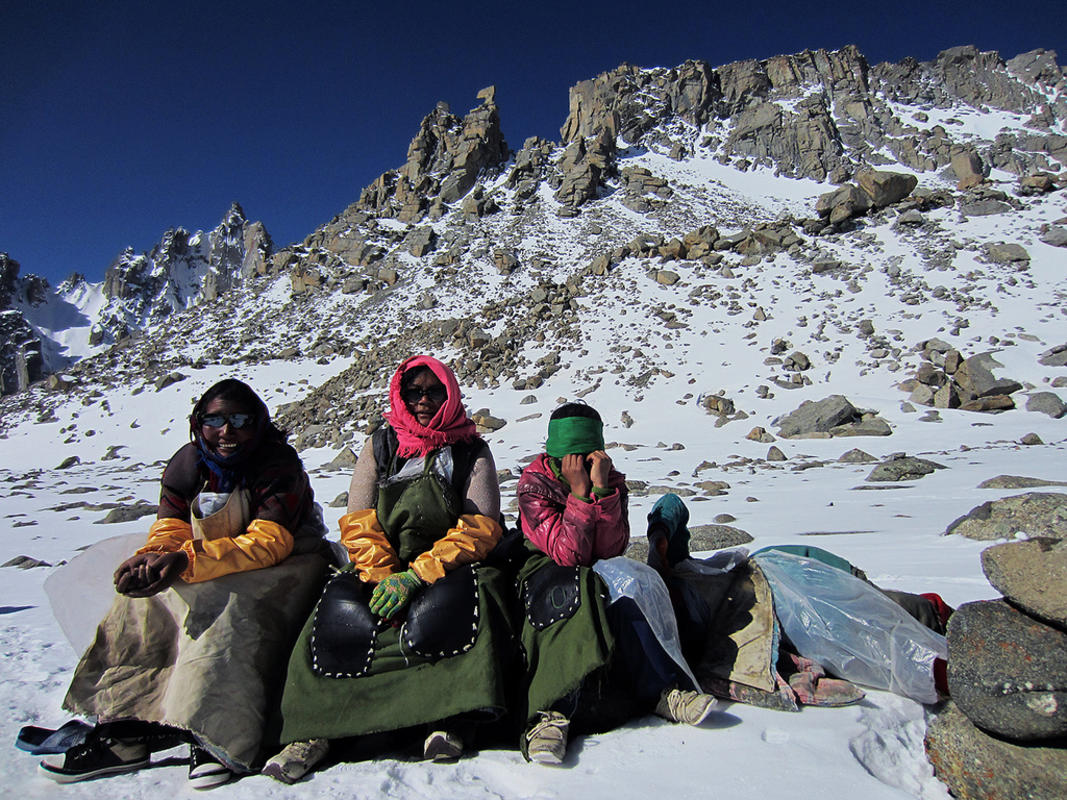 But before you can reach this deeply holy mountain, you have to get to Darchen. The two most popular routes start in either Lhasa, Tibet, or Kathmandu, Nepal.

Because China presently has control over the Tibet Autonomous Region, it can be difficult for tourists to gain access through Lhasa. Kathmandu is a very tourist-friendly city, making travel more worry-free. But there are a number of guide companies in both cities that would be eager to take you to Darchen and Mount Kailash. 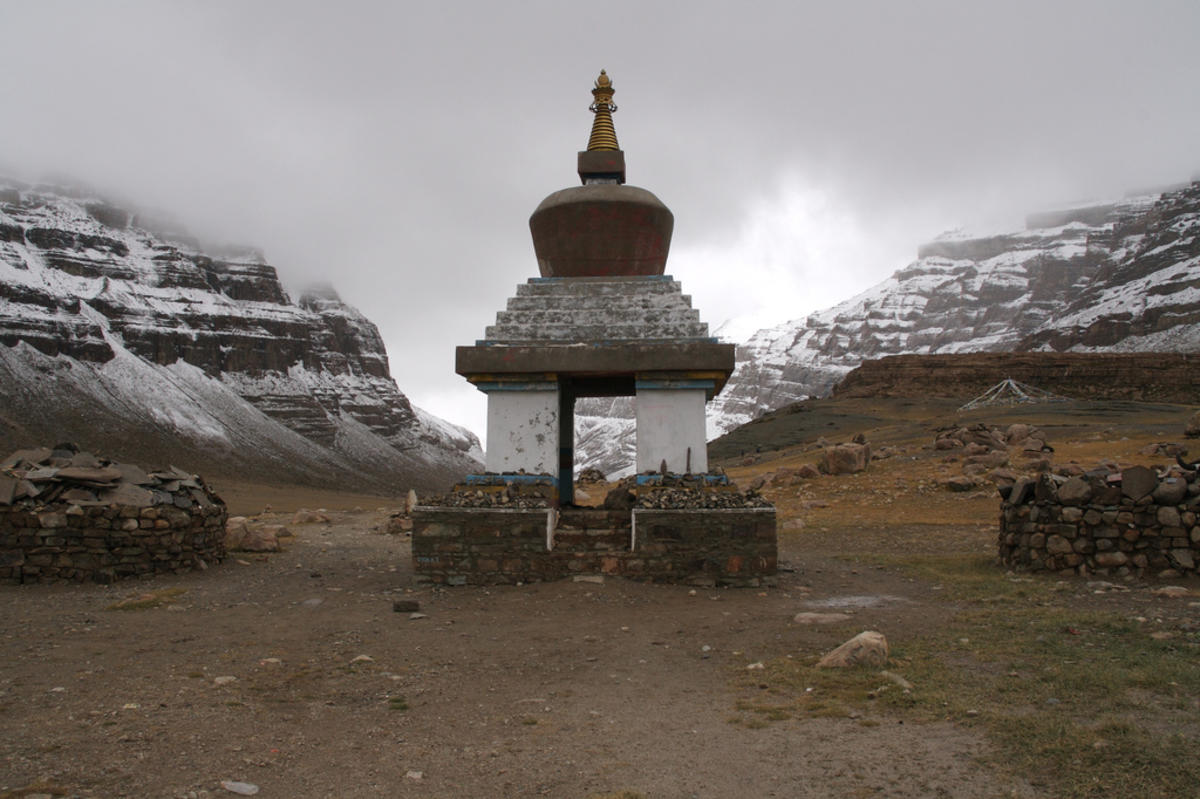 Once you arrive in Darchen, you can prepare for the 32-mile trek. On average the trip takes three days, but some pilgrims will do it in a single day. Others will do full body prostrations around the entire mountain – which can take weeks. It is also up to you how many circuits around Mount Kailash you do. Most do a single loop, but many Tibetans will do 3, 13, or even 108 laps! It is believed finishing a full 108 circuits will erase your bad karma for a lifetime.

The second day is typically the hardest because it takes you over Dolma la Pass, which usually remains closed until April, when the deep snow melts and the trail becomes passable. 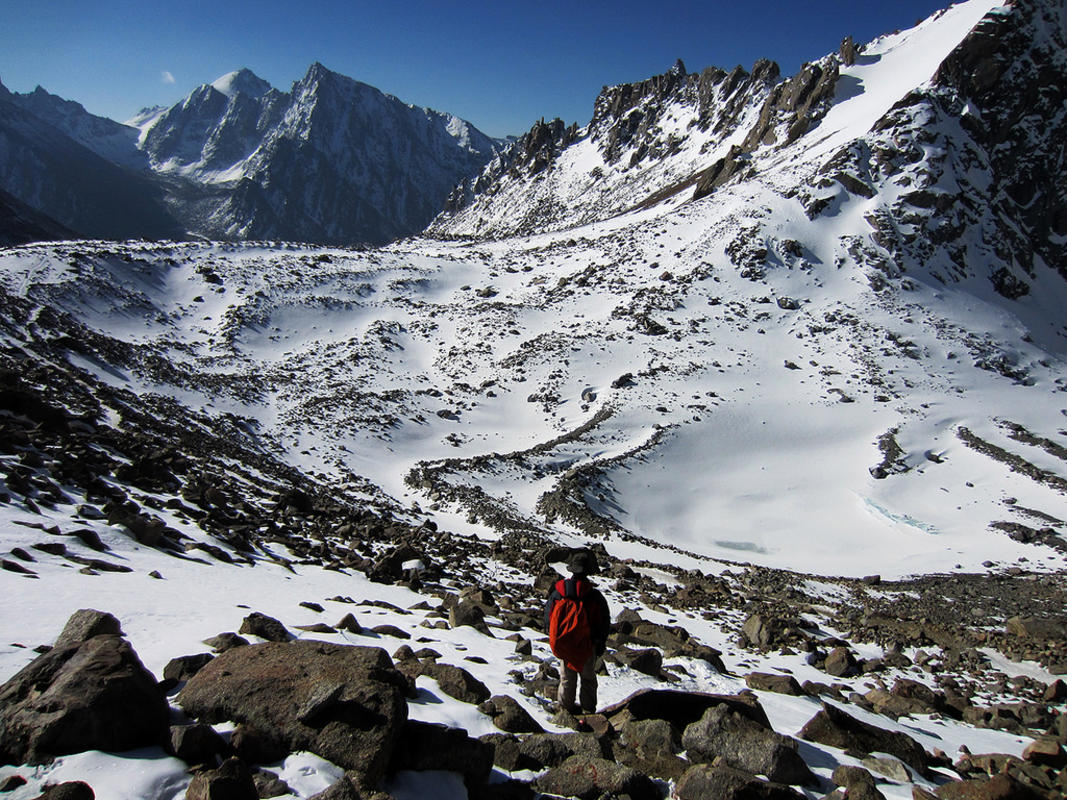 This pilgrimage requires a significant amount of forethought and planning. Visas must be obtained to enter China from Nepal, or to enter the Tibet Autonomous Region at all. The best time to attempt the pilgrimage is between May and October when the weather is best. Oftentimes, clouds in June and September will obscure your view of the great mountain. Prepare for very cold nights, no matter what time of year as temperatures drop significantly when darkness falls. Despite the harsh climate, this area is absolutely stunning and well worth the hardships you may endure. They're sacred for a reason.

Good Eats: A Guide to the Must-Try Foods in China