Have a Cultural Adventure in Beijing 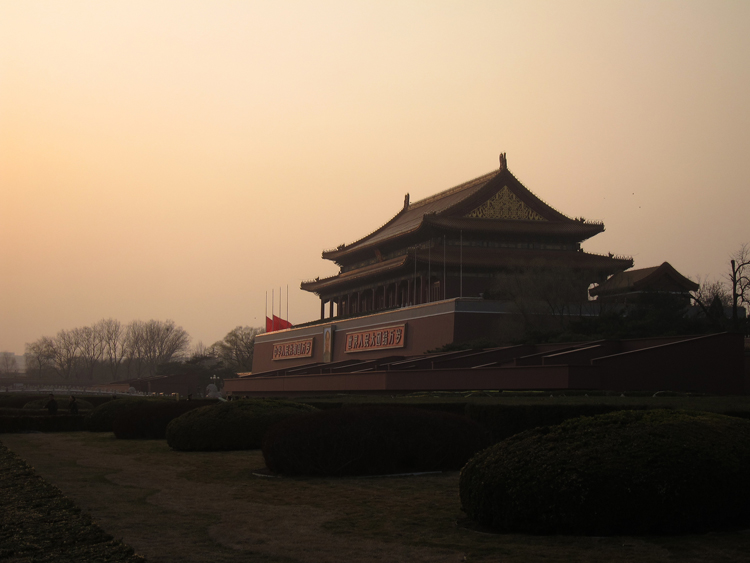 Beijing, the capital of the People’s Republic of China, is located in northern China and offers its visitors and residents a vast cultural adventure. Beijing, China, is a cultural and political magnet steeped with rich history, architecture and heritage. There are a multitude of attractions — including art galleries, structures and culinary adventures — that offer Beijing visitors lasting memories for years to come. Cultural Adventures can be found in every nook and cranny of this historic city and when visiting, be sure to check out the magnificent structures, works of art from past and present, museums and culinary hot spots for an immersive exploration.

Tiananmen Square is in the heart of Beijing City. It is the largest open-air square in the world--over 100 acres. Tiananmen Square holds many historical Chinese structures that hold great importance to its people. Tiananmen Gate (translated into English as the Gate to Heavenly Peace) leads to the Imperial Palace, also known as the Forbidden City, which was constructed in the 1400s. Located in the middle of Tiananmen Square is the Monument to the People’s Heroes (the Renmin Yinxiong Jinian Bei). This granite obelisk was built in 1952 and is the largest monument in China’s history. The Great Hall of the People is located west of the square and is home to the National People’s Congress. The Central Hall in the structure accommodates 10,000 people, while the Banquet Hall holds 5,000. The Museum of the Revolution and the Museum of Chinese History are also located in Tiananmen Square. The Mao Zedong Mausoleum holds the remains of Chairman Mao’s body, which is encased in a crystal coffin. Visiting the Tiananmen Square at night has been known to be a breathtaking cultural adventure.

The Great Wall of China is one of the greatest wonders of the world and meanders for 5,500 miles through mountains, deserts and grasslands. The Great Wall is a Chinese monument that is over 2,000 years old. The wall travels east to west. It begins at the Shanhaiguan Pass, snakes its way through provinces such as Beijing and Inner Mongolia, and ends at the Jiayuguan Pass. There are sky lifts available for reaching the Great Wall. Although much of the Great Wall has been weathered by time and the elements, it is still an astounding sight and cultural adventure for its visitors.

Aria is a popular restaurant located on the second level of the China World Hotel in Beijing, China. This award-winning restaurant has an extensive wine menu to compliment every exquisite dish. Dine alfresco in the garden terrace in spring or summer to experience alluring flowers and beauty. Attire is smart casual or business.

Experience foods from former Chinese dynasties in this elegant Beijing restaurant. Fourteen traditional Chinese courses, eaten under high painted ceilings while viewing striking Chinese art, will fulfill both the palate and the senses.

Constructed in the 1950s, the China National Art Gallery in Beijing is one of many surviving examples of communist architecture. This art gallery holds over 10,000 pieces of art--from ancient and rare masterpieces to more modern day pottery and sculptures. When searching for a cultural adventure in Beijing, tourists can not only benefit from the beauty of its pieces, they can also purchase post-cards and reproductions.

The Central Art Gallery in Beijing offers its visitors a cultural adventure and a chance to view magnificent art of all mediums: oil, water colors, acrylic, silk screen prints and sculptures. A winning piece in the 2008 Olympic Landscape Design Competition, created by Zhang Hua, is on display in the gallery.

The 5 Most Instagrammable Temples in Beijing #NoFilterNecessary

Hurts So Good: Blind and Fire Massages in China

Taipei 101 and other Must-See Sights in Taiwan

Top 10 Places to Go in Morocco