Chile: The Land of Fire and Ice

By Amanda Sundt
Save

Known as the Land of Fire and Ice, Chile is a fabulous and unique vacation destination. Did you know that Chile's topography includes the world's driest desert (Atacama), a prospering wine region, the Lakes District and glaciers? Not to mention the cultural attractions in Santiago or the unique 30 foot stone statutes on Easter Island. From the dry, hot Atacama Desert to the fjords near Cape Hope, Chile is a true study in contrasts. Throw in a healthy dose of mountain ranges and an incredibly long coastline, and you have a country that’s unlike any other.

The only problem: deciding between all the phenomenal attractions. 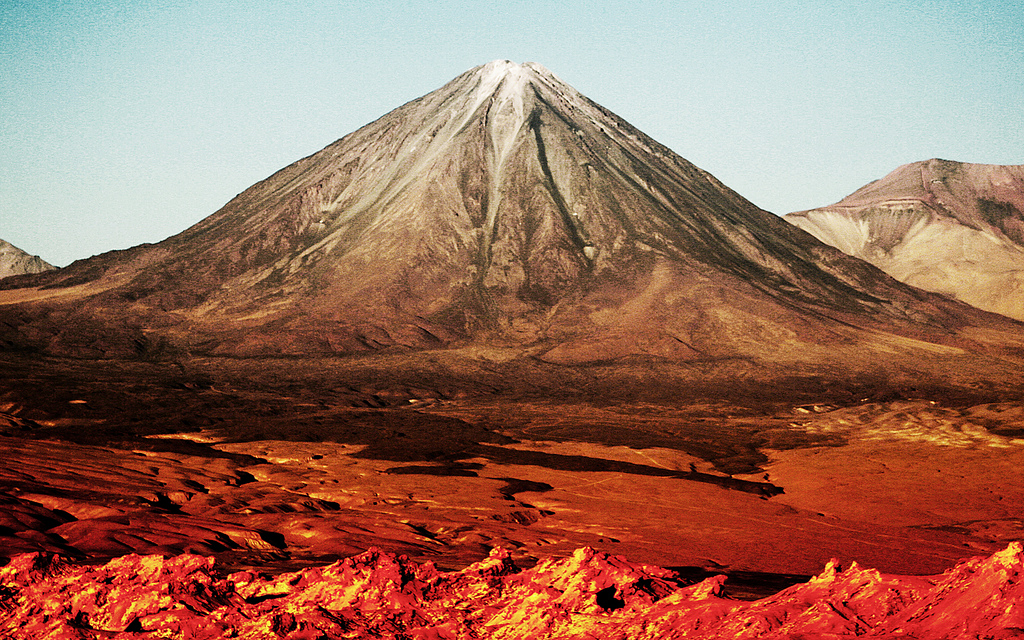 You don’t have to be a student of geography in order to appreciate the many unique characteristics of Chile’s layout. This long, narrow country stretches all the way from the 17° South latitude - and the Peru border - down to the 56° Latitude and Cape Horn. Chile spans approximately 2,653 miles from north to south, encompassing an incredibly diverse range of climates and terrains. Meanwhile, Chile is only about 110 miles wide at its widest point. To the west stretches the Pacific Ocean; to the east lies the majestic Andes Mountains. In between, you’ll find some of the most incredible sights on the planet.

Only in Chile can you go to the desert in the north, which hasn't had a drop of rain in 400 years before experiencing the exact opposite climate in Patagonia's glaciers in the south. Climb the Villarrica Volcano at 6 am for views of the red surging lava and crater. Both are unique, extreme, untouched and uninhabited natural regions. You can explore the desert year-round, but their summer (December - March) is the most temperate and enjoyable. 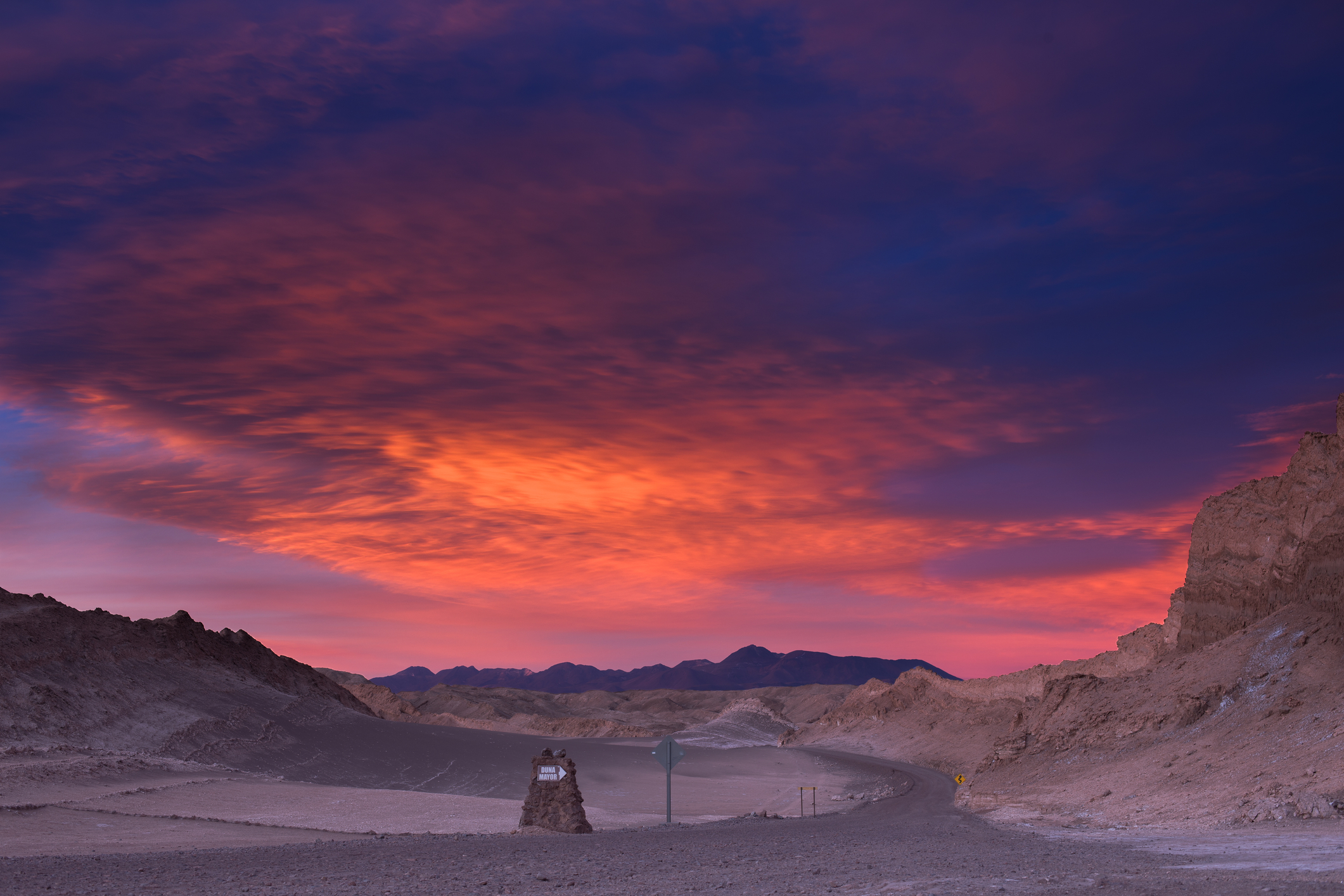 Chile is broken into five basic geographic zones: Norte Grande, Norte Chico, Zona Central, Zona Sur and Chile Austral. The Norte Grande, or northernmost portion of Chile, is famously home of the Atacama Desert. This searingly hot desert has been named the driest one on the planet by several sources. Indeed, this 600-mile region is blocked from moisture in a truly remarkable way. In fact, some parts of the Atacama receive no rainfall at all. Evidence exists that suggests that the Atacama received no precipitation whatsoever between 1570 and 1971.

Very few people actually live in the Atacama Desert. That’s not to say, though, that you can’t pay the region a visit. Most tourists make the small town of San Pedro de Atacama their jumping-off points for explorations of this searingly dry desert. This is the safest way to proceed, since venturing into the desert alone is never a good idea. From San Pedro de Atacama, there are plenty of day trips available for visits to nearby natural attractions - geysers and sand dunes are two popular options. If you get the opportunity to see this remarkable area, make sure to do so. 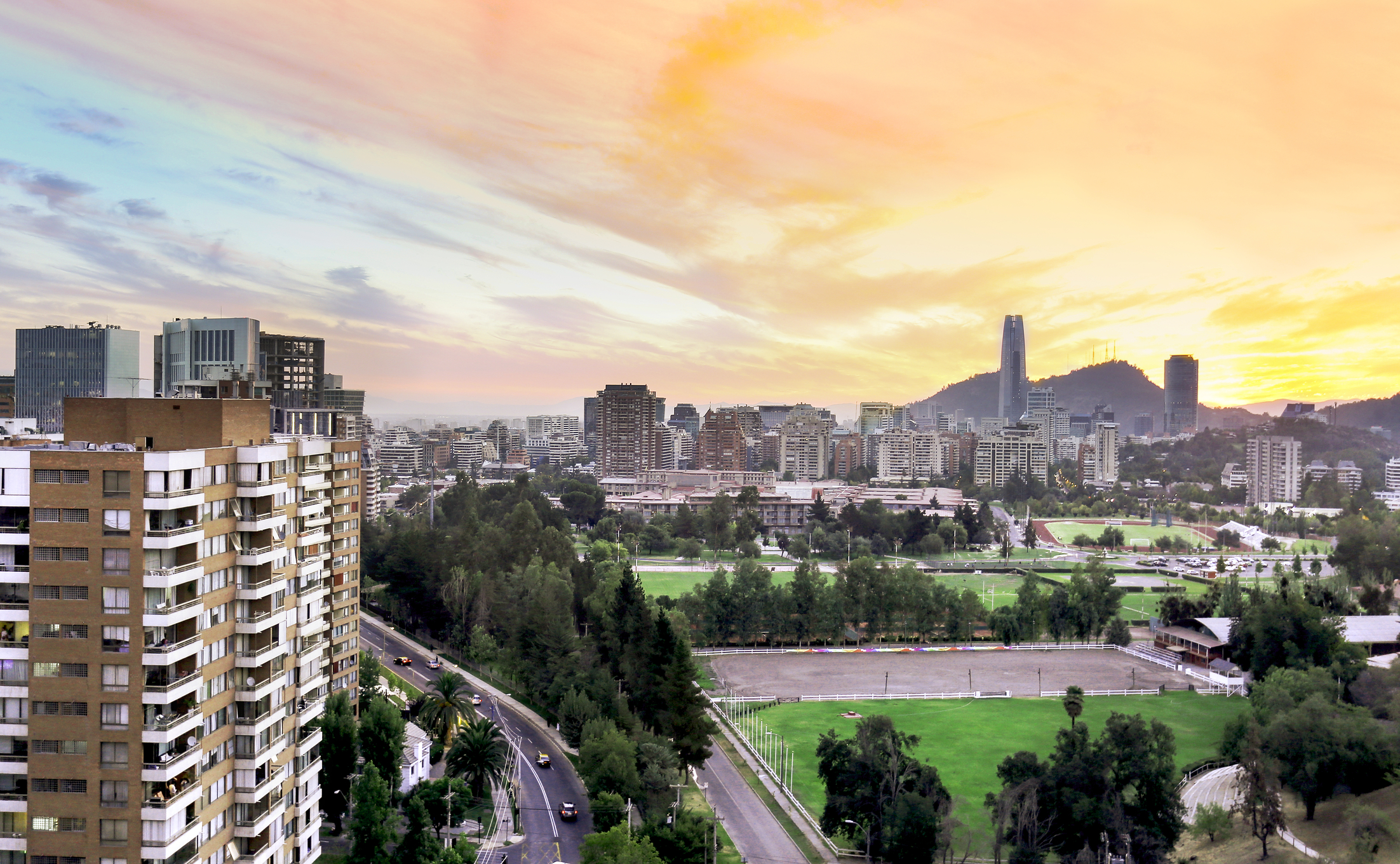 Central Chile is made up of three regions. Norte Chico, or the near north, runs from the Copiano River to just north of Santiago. It’s a semiarid region that receives an adequate amount of rain during the winter. The Zona Central is the most populated part of the country; as the home of Santiago, Concepcion and Valparaiso, it’s the part of Chile that most visitors see. The Zona Sur, or the south, is extremely wet and rainy. Hundreds of lakes dot the landscape, making this a lush and inviting place to visit. At Valdivia, approximately 99.8 inches of rain falls each year - quite a drastic difference from the Atacama Desert! 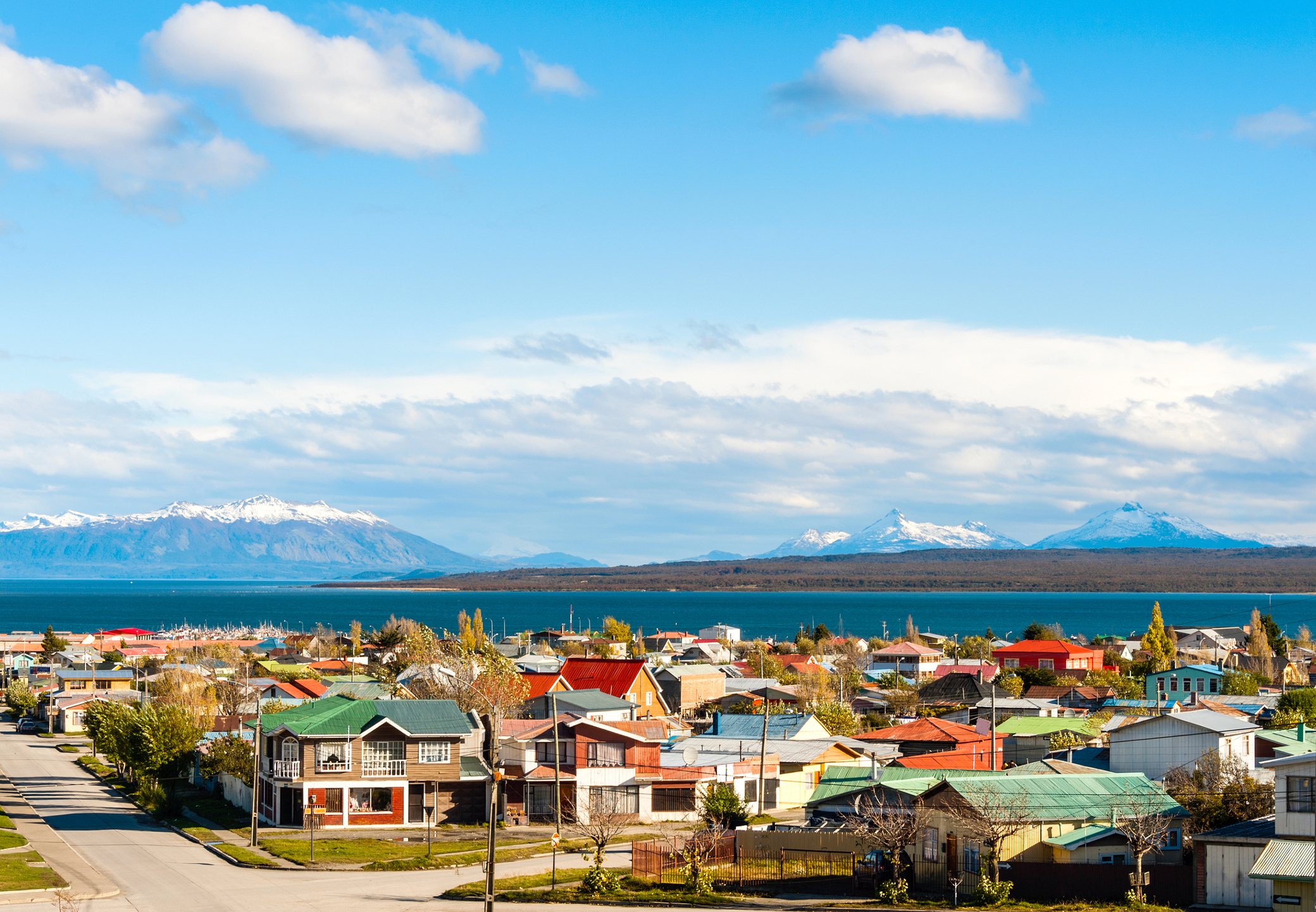 On the other end of the spectrum, there’s the Chile Austral, or far south. This portion of Chile couldn’t be more different than the Norte Grande. This region is studded with many inlets and fjords, giving it an almost Nordic appearance. Several archipelagos can also be found in the region, as can the Strait of Magellan. A portion of the Andes extends down here, bringing awe-inspiring glaciers with it. As the southernmost point in the Americas, Cape Horn is well worth a visit; try staying in Puntas Arenas, the most southernmost large city in the world. 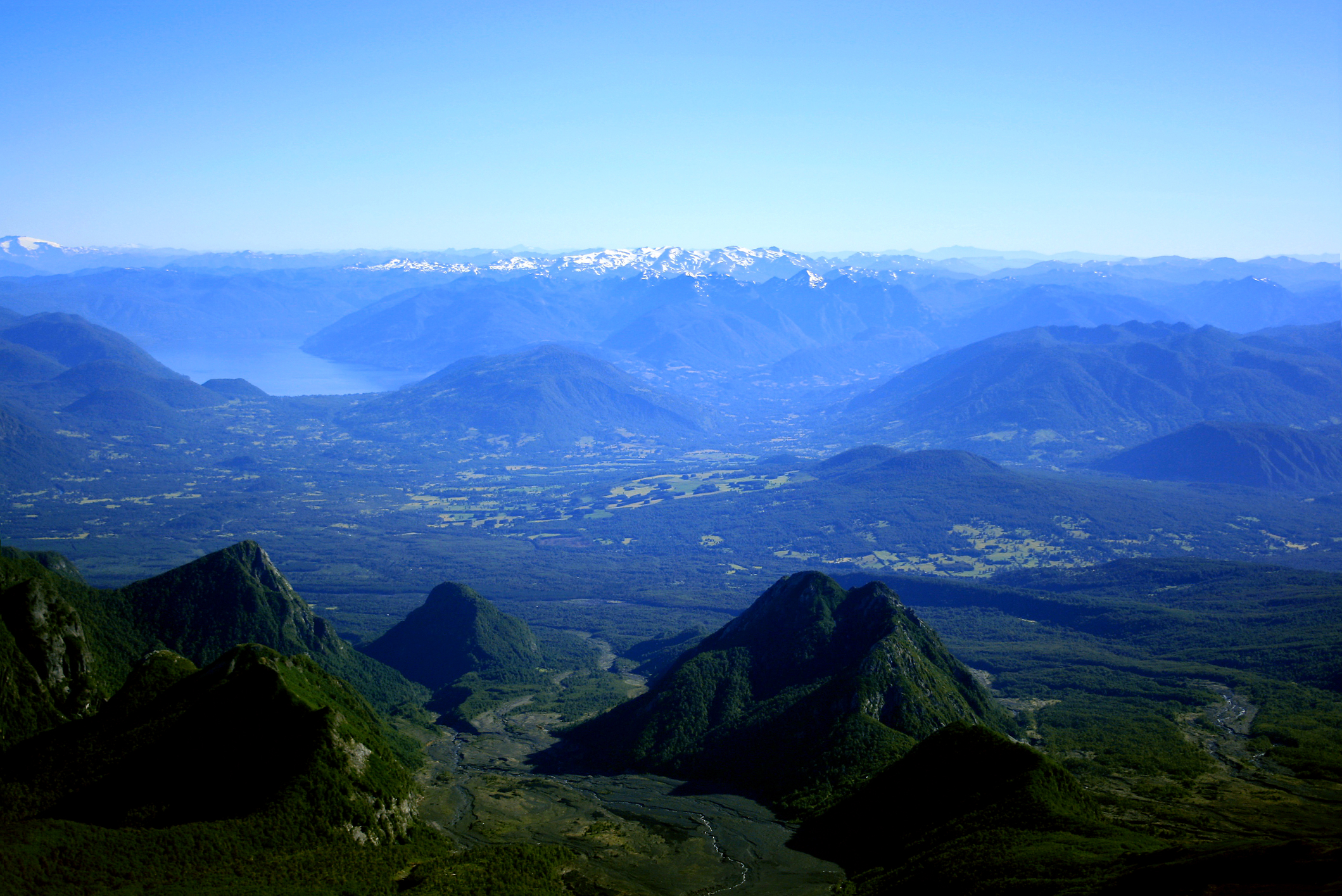 Chile has everything for extreme adventurers to soft adventurers. The central valley is one of the biggest agriculture regions in the world, notably where Concha y Toro produces renowned Cabernet Sauvignon. Meet the winemaker, have a meal prepared and enjoy the culinary spoils of this rich region. Sip and swirl to your heart's content before continuing south to the Lakes District. 700 miles south of the capitol, enjoy lush forests, crystal blue waters, verdant tree cover, waterfalls, and snowcapped volcanoes.

If you're interested in seeing Chile, plan on spending a week to ten days minimum to see all this awesome country has to offer from geography to culture.

6 Active Adventures to Have in Chile

Patagonia in Style: The Best of El Calafate