With a pleasantly mild climate, sprawling beaches, colonial architecture and rich cultural history, it is not surprising that Cuba tourism has been thriving ever since the US raised the ban on travel in 2009. Over 2 million travelers make the trip to the picturesque Caribbean island each year and tourism serves as the main form of revenue for the country. For many, it is the history of the island that attracts them to visit. The island was discovered and claimed by Christopher Columbus in 1492 for the Kingdom of Spain. Cuba remained a territory of Spain until the Spanish-American War ended in 1898, and gained formal independence from the U.S. in 1902. Between 1953 and 1959 the Cuban Revolution occurred and the dictatorship of Fulgencio Batista was removed.

Much has been done by Hollywood to capture this time of revolution and even big budget movies like the sequel to the 80's hit Dirty Dancing, showcased the city of Havana during the uprising and shone a spotlight on the beautiful scenery to be explored. Cuba's tourism is also helped by its close proximity to the U.S. and its tendency to cater to visitors, often accepting American dollars and speaking English in the more touristy destinations. While much of Cuba's tourism has to do with museums and historical sites, there are also numerous outdoor activities in addition to the beaches. Cuba has been making an extended effort over the past few years to increase its ecotourism industry and with so much beautiful natural vegetation and wildlife it is not surprising. Cuba is home to a number of parks perfect for exploring under the Caribbean sunshine. Those who want to stay on the beach can enjoy the 23-kilometer span of white sand bordering the warm waves of the Atlantic Ocean. This is also an ideal spot for snorkeling trips, as the marine life that inhabits this area is a vibrant, thriving population.

If you're traveling to Cuba for pleasure, chances are you wanting to do some sightseeing and Cuba's beautiful landscape and architecture does not disappoint. Not to miss attractions include:

Bask at the Beaches

Cuba tourism wouldn't be complete until you soak up glorious sunshine at one of Cuba's beautiful beaches, including the most popular Playas del Este near Havana. Located just 25 minutes east of Havana, Playas del Este is a chain of sandy beaches that stretch for six miles between Bacuranao and Guanabo. On weekends it is generally packed with Cubans escaping the city and is a great way to mingle with the locals. For a more exclusive, resort experience, head to the islet of Cayo Coco, which is the fourth largest in the Cuban archipelago, and includes 13 miles of excellent beaches, complemented by mangrove vegetation and coconut trees.

Among Cayo Coco's beaches, Las Coloradas, Jaula and Flamenco, where vacationers can go diving and enjoy the breathtakingly beautiful sea bottoms, are top choices. If you're looking for the best of the best, head to Varadero, located in the province of Matanzas. It is the most famous beach resort in Cuba, as well as one of the largest resorts in the Caribbean. Also known as 'Blue Beach' because of its clear, calm waters, Varadero is known for its 12-mile stretch of fine white sand beach that is bathed by the warm waters of the Gulf Stream. Varadero beach is also the perfect place to dive and many places offer lessons and excursions to tourists. 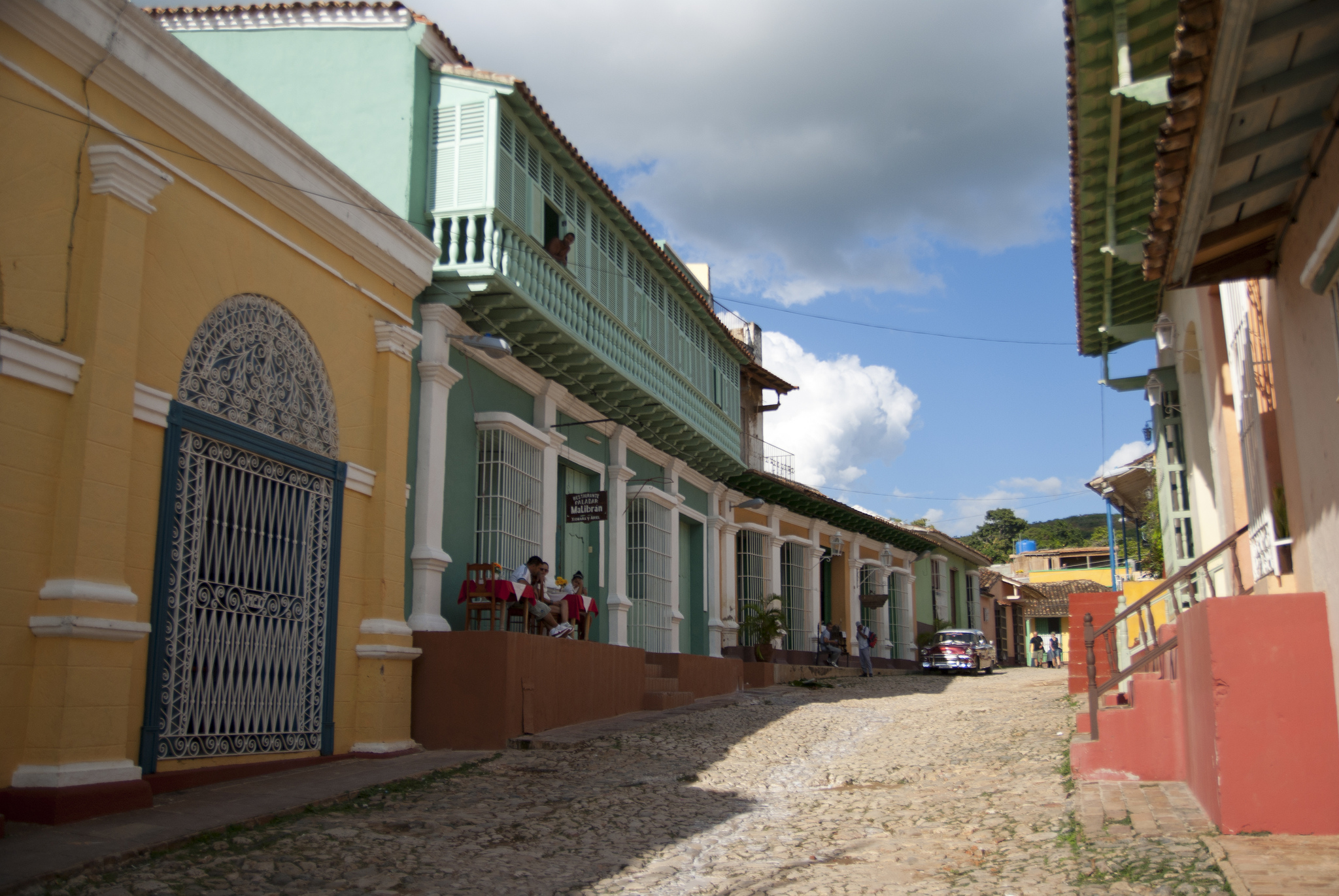 If you're looking for impressive architecture that dates back hundreds of years the Museo de la Ciudad is the place to go. The Museum of the City is housed in the Palacio de los Capitanes Generales (Palace of the Captain Generals), which is a beautiful example of 18th-century Cuban baroque architecture, and one of the most important and well-preserved buildings in La Habana Vieja. It was home to colonial governors and was at one time the Presidential Palace. The building was the seat of Cuba's government for more than 100 years and now features a dozen or so rooms with polished marble floors and ornate architectural details, which have displays of colonial-era relics and artifacts. Take a stroll along the broad second-floor interior veranda overlooking the lush central courtyard and grab a view of the white marble statue of Christopher Columbus that populates its center. Another can't miss experience is the throne room, with its thick red-velvet draperies, an array of treasures, and plush throne built for use by Spain's visiting monarchs. Before you leave, head to the colorful Hall of Flags, which contains the original Cuban flag as well as a number of others used by the Spanish colonial government. There are also exhibits relating to archaeology, folklore and weaponry and a wonderful art collection that are surely worth the price of admission. 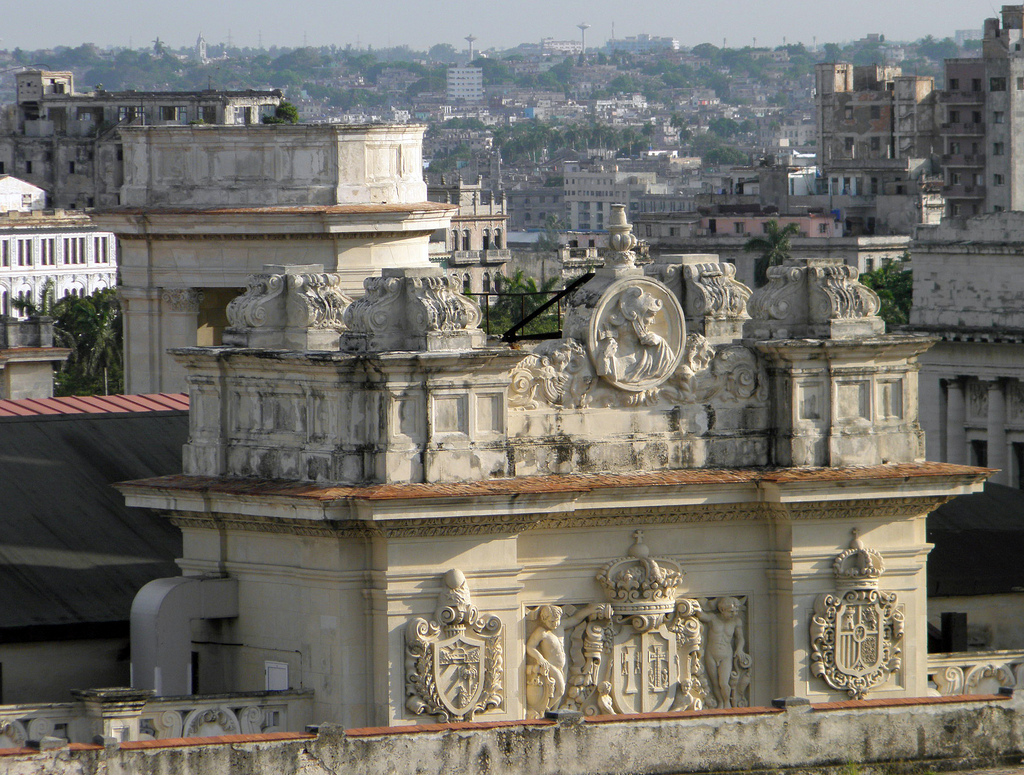 The National Fine Arts Museum located in historic Havana fills three floors of its modern square-city-block building and features an extensive collection of Cuban art and sculpture. Modern masters like Wifredo Lam, Raúl Martínez, Amelia Peláez, and Rene Portocarrero are well represented and the international collection has been recently moved to a restored, early-20th-century building that will cause architectural lovers to delight. The international collection focuses heavily on classical and neoclassical European works, with some fine portraits and still lifes from the Dutch Golden Age. The museum also stays true to its roots and features wonderful work by native Cubans. The Colección de Arte Cubano covers works from the 16th to the 20th centuries by prominent Cuban artists, while the Colección de Arte Universal covers everything from ancient Greek artifacts and Latin American pieces to art by French, Dutch and Italian painters.

The Museo Provincial General Ignacio Agramonte is located several blocks north of the historic center of the city of Camaguey in central Cuba. It is the largest and most important museum in the city and houses the second-largest collection of paintings in Cuba, bettered only by the Museo de Bellas Artes in Havana. The museum's main concentration is on Cuban fine arts from the early 19th century to contemporary works, but it also packs in moderately interesting collections of natural history and archaeology. In addition to the fine arts, there is also a selection of decorative arts, including furnishings and porcelain from the colonial and Republican periods. The museum features natural history rooms that display native Cuban species, such as sharks, fish and exotic fauna. If you're not as into art, the building itself is worth a look around, as it features an expansive patio with a wealth of indigenous trees and large ceramic pots.

Guarding the entrance to the Bay of Santiago, this impressive fortress is built atop a rocky cliff and can only be entered across by drawbridge. The medieval and Renaissance-style structure is also a UNESCO World Heritage Site, and features a variety of platforms, passageways, and cells spread across five levels and protected by 5-foot-thick walls. The Italian architect who engineered similar fortresses in Havana, Cartagena, Colombia and San Juan, Puerto Rico, to protect against pirate attacks, built it in 1638. The site has magnificent views of the bay and the Caribbean coastline stretching all the way to the Sierra Maestra. Inside the fortress is a small museum (with display explanations in Spanish only) detailing the history of piracy, El Morro, and Santiago de Cuba. One room contains artifacts related to the 1898 Spanish-American War and how it affected Cubans. A daily ceremony, called the Puesta del Sol, takes place at sunset, recalling the importance of the fortress in the 19th century. Volunteers dress as mambises, or members of the Cuban rebel army, lower the flag and shoot off the Spanish cannon that has been around since the 1800s. It is sure to have something for the whole family. 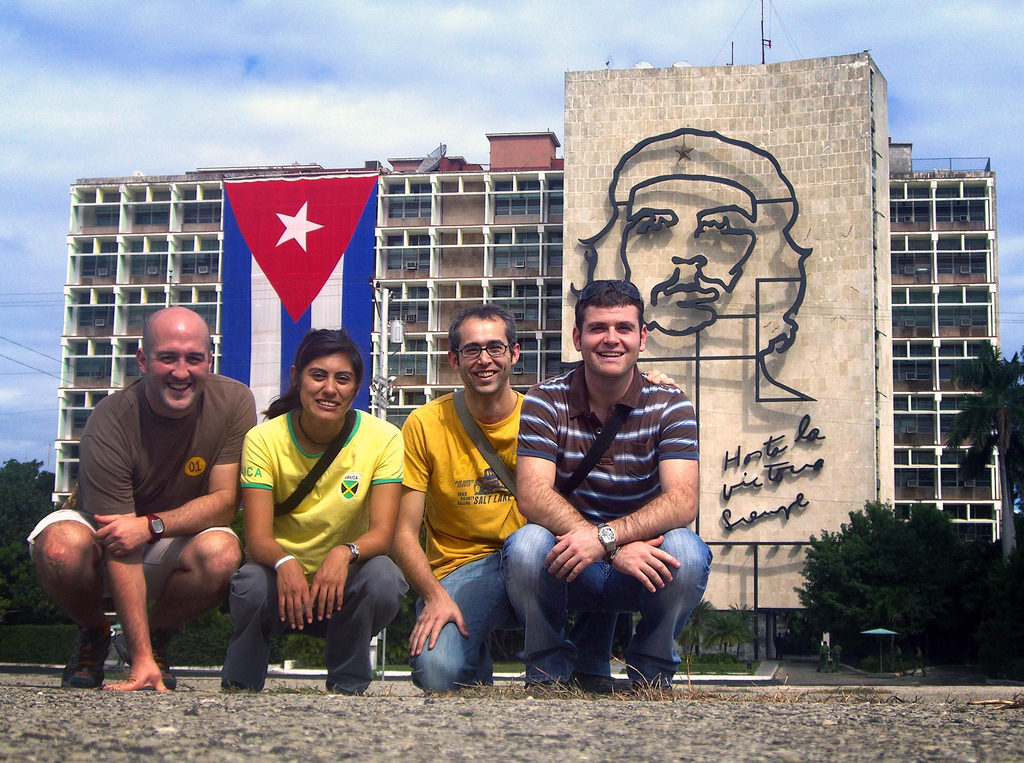 Plaza de la Revolucion, located in Havana, features a massive, raised platform monument to Antonio Maceo. The monument touts an equestrian statue of the great patriot surrounded by 23 enormous iron machetes slicing toward the sky, like daggers in the sides of the colonial power. Maceo, a Cuban of mixed blood, was called the "Bronze Titan" of the Cuban independence wars. However, the plaza is more known for the imposing José Martí memorial. The gigantic square has seen numerous political rallies, and the podium in front of the memorial is where important political figures like Fidel Castro have addressed more than a million Cubans on important occasions. At the foot of the memorial is a museum dedicated to José Martí, a national hero in the Second War of Independence in 1895. It is possible to take the elevator to the top of the 138-foot memorial, and the views are sure to be worth it. Opposite the memorial on the far side of the square is the much-photographed Che Guevara image with the slogan Hasta la Victoria Siempre (Forever Onwards Towards Victory) that identifies the Ministry of the Interior building.

The park on the Zapata Peninsula in the province of Matanzas, about 75 miles from Havana, is the perfect opportunity to get back to nature. The peninsula is one of the largest swamps in the Caribbean, and its vast area includes forests, marshes, crystal clear lagoons and canals. Vegetation includes more than 900 species of plants, 115 of them found only in Cuba, and is complemented by its rich wildlife, consisting of 160 bird species and 12 types of animals, including crocodiles. One of the park's many features is the Laguna del Tesoro or Treasure Lagoon, which is a fresh water reservoir inhabited by golden trout. In the midst of the lagoon is a reproduction Taino village with houses built on pillars. There are also nature trails, a bird watching center, and the largest flooded cave in Cuba. Montemar is the perfect place for a family looking for a daylong excursion or even that group of friends looking for a little adventure. 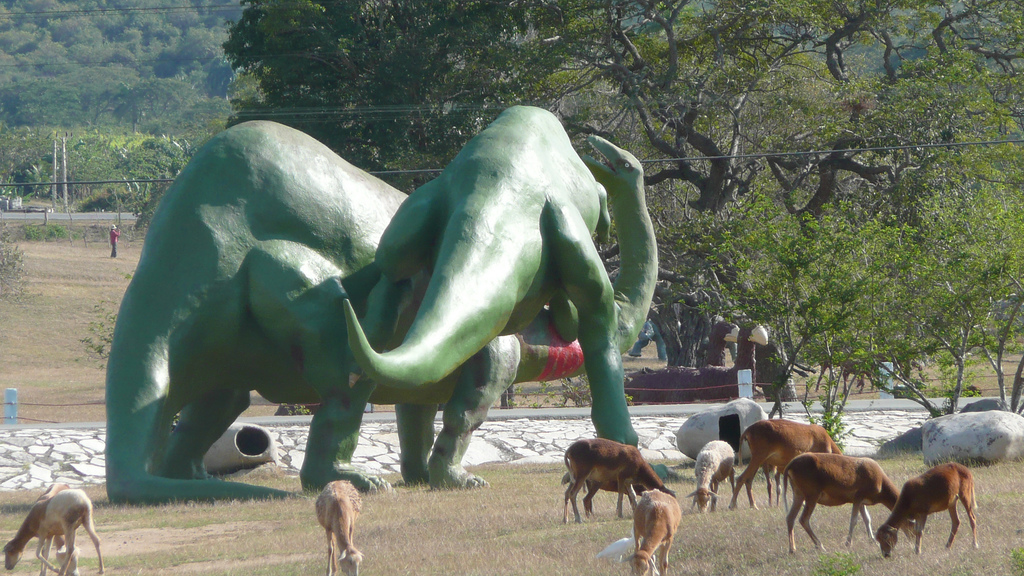 Located in Santiago, this large park region, which is also a World Heritage Biosphere Reserve, is filled with attractions other than wildlife refuges and coffee plantations. For the more adventurous, make the 459 stone step trek to the summit of the huge rock, La Gran Piedra, and enjoy the views from 4,049 feet above sea level. It is said that on a dark night one can see the lights of Jamaica. After basking in the breathtaking views, head to the Valle de la Prehistoria where visitors are awed by dozens of life-size model dinosaurs and other prehistoric creatures lurking in lush vegetation. The park also features a magnificent 111-acre garden called the Jardin Ave de Paraiso that dates back from 1860. It was laid out on a former coffee plantation and features a series of color-coded gardens with unique scents and displays in each. To round out your day, make your way to the park's Auto Museum featuring gleaming old model cars.

Cuba is truly a gem in the Caribbean, with a growing tourism industry and plenty of attractions to keep travelers entertained no matter how long their stay. From museums and parks to historic architecture and monuments, there's something for everyone in Cuba.